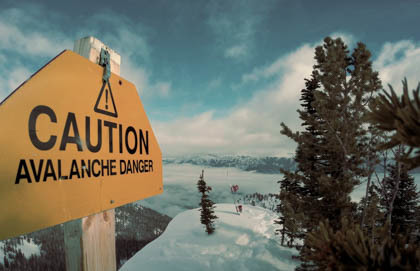 Many expected yesterday’s election to bring about change, but few likely expected the drastic change we got. The “red tide” that swept the country on Monday night reshaped the political landscape, ushered in a Liberal majority and saw the Conservative and NDP parties greatly reduced. It seems, for now at least, that Trudeau’s slogan of “Real Change” might not have been as hollow as its cynics might have thought. Of course, time will tell.

There is little doubt that Mr. Trudeau conducted a magnificent campaign which successfully countered the narrative that he was not ready for the job. While the Conservatives spent three years defining him as a lightweight, Mr. Trudeau not only successfully countered that narrative, but he rebuilt a very impressive Liberal party that (re)captured the imaginations and enthusiasm of many Canadians who had grown cynical.

But will the change be as dramatic as the numbers suggest? The Liberal slogan—“Real Change”—certainly has tangible policy and personnel implications for how the federal government will impact Canada but as a think-tank focused on the renewal of social architecture, it is valuable to ask what the implications might be beyond the political sphere.

While it’s much too early to draw definitive conclusions, there are three lessons that I would draw in order to help interpret not only what happened last night, but what happens from this point forward:

1. The Canadian Dissensus is Real

The past 79 days were a historic election campaign in which three parties seemed in serious contention for the leadership of the federal government. At different times, each of the Conservative, NDP, and Liberals were ahead in the polls and until just a few weeks ago, the polling support for each was within the margin of error. Insofar as the polls are accurate narratives of the campaigns, Canadians were truly engaged in a deliberation about who should lead them.

Yet to see the Liberal majority as a sign of Canadians finding consensus would mask the deep fissures that continue to divide the electorate. There were, in fact, two separate deliberations taking place. For approximately 70% of the population, the only question was who would they vote for to get rid of Prime Minister Harper. The Conservative campaign was to try and spring 10% or so of that vote loose, on the grounds that the change was too risky and their economic self-interest would be compromised. That didn’t work. But that should not mask the fact that the Conservative held on to (arguably even increased) their popular vote over the course of the campaign and for one in three Canadians, neither the NDP nor the Liberals provide a meaningful alternative. And judging by the vitriol and dismissiveness on social media of Mr. Trudeau from those who appear not to have voted for him, there is an anti-Trudeau sentiment that is deep-seeded in the same way that there was an anti-Harper sentiment from the day he took office. I’ll speak to this more in a moment, but Harper’s 2011 victory, which the media narrated as a majority government without majority of the population’s approval, is the exact same type of victory Mr. Trudeau accomplished last night.

After the 2006 election, we opined that the election of Harper’s Conservatives was not so much a victory for any particular brand of conservatism as it was the skillful building of a coalition of at least six distinct groups. A decade later, the enthusiasm of some of those groups within the coalition waned and, combined with the drastic fall of the NDP support (which worked against the Conservatives in vote-split numbers), the ability for that coalition to maintain power dissolved with it. But to pretend that this election signals the return of a Pan-Canadian consensus is to seriously misread these results. The dissensus is as real as ever.

John Ibbitson and Darrel Bricker suggested in The Big Shift: The Seismic Change In Canadian Politics , Business, And Culture And What It Means For Our Future that the Harper Conservatives took power not simply because of political change, but rather because of a cultural and power shift in Canada. Influence was shifting away from the “Laurentian elites” who had led in the definition of Canadian values since Confederation. “The West Wants In” was the Conservative rallying cry, but the argument was more than geographical, it reflected a challenge to what traditionally had been understood as “Canadian values.” No longer did the corporate, academic, media, and political elites who were focused around the power-corridor of Toronto-Ottawa-Montreal have veto control on defining what was respectable Canadianism and what was not.

The niqab debate, probably the most divisive issue of this campaign which tested our collective understandings of respect and tolerance for difference, illustrates that the Canadian values debate is hardly settled. The Bloc Quebecois and Conservatives capitalized on this issue to gain seats in Quebec tapping into a very different conception of identity and religious freedom, linked to nationalist laïcité ideas latent within that population. In the rest of the country, many leading media voices decried the “dog-whistle politics” that addressing this issue represented, ignoring the fact that polls suggested the vast majority of Canadians understood the issue differently. The debate is more complex and requires more nuance than can be provided here, but the gap between the popular and elite discussion of this issue is arguably an example of “the Laurentian elite” seeking to impose a narrative onto events that is largely out-of-step with the beliefs of the grassroots.

It will be interesting to watch how the public narrative regarding the election of Mr. Trudeau will follow. The numbers that accompany his election, both in terms of the popular support his party received and those who are adamantly opposed to his election, are similar to those received by Mr. Harper in 2011. The prevailing narrative then was that Mr. Harper had a majority government but only the support of a minority of Canadians. Mr. Harper played into that narrative with a hyper-partisan approach to government that seemed to reinforce the tribal dimensions of the political process.

One of the litmus tests as to how Mr. Trudeau’s more open and inclusive approach will unfold in practice may be his approach to electoral reform. He has promised that the past election would be the last under Canada’s historic “first-past-the-post” system. Mr. Trudeau has a majority and, while the dislike between Conservative and Liberal partisans is widely assumed, less known but equally intensive is the dislike between Liberal and NDP partisans.

Undoubtedly the temptation for the Liberals to enjoy rather than share the privileges of power and find reasons to gum up the process to electoral reform (as Mr. Harper ended up doing with his profile promises of Senate reform) is real. Systemic reform is messy business that requires the spending of a fair chunk of political capital. It will be interesting to see whether moving towards a more “post-partisan” approach to politics as promised will survive the temptation for the Laurentian elite impulse, now that they are more proximate to the controls of government, to try and recover their lessened influence.

Mr. Harper’s approach to government was arguably to lessen the capacity of government (which was achieved primarily by lessening individual tax burdens and giving the government fewer resources), creating vacuums that he declined to step into, and allowing other institutions (be they provincial governments or civil society institutions) to fill the gap instead. Health care spending was a prime example. Rather than negotiating a “health accord” with the provinces that would leverage federal funding in order to impose certain outcomes that were within provincial jurisdiction, the Conservatives unilaterally announced a multi-year funding commitment without strings attached. There were no First Ministers meetings or drama about executive federalism.

The Liberals have promised a more engaging “partnership” approach with almost every group. But partnership, when one party (the federal government) comes to the table with the money and leverages that to achieve its desired outcomes, also in areas that are not directly in their own jurisdiction, leads to a particular type of relationship between the state and civil society players. This is true as it relates to different levels of government but also to non-state suppliers of public goods; the government very quickly ends up extending its reach and influence through regulation and influence and many institutions become dependent on state control.

It will be interesting to see whether a more activist government approach to various social questions will result in an increased vibrancy and engagement for various civil society institutions. There is little doubt that Mr. Trudeau’s plan is to “continue listening” and engaging Canadians, also through the other institutions they belong to. But will that listening result in an empowering or a dependence?

The day after an election is hardly the time to criticize. In fact, if we decry the lack of integrity of politics, we should expect duly elected political leaders to follow through on their promises, whether we were in favour of them or not. That said, we also recognize the reality that campaigns are designed to accentuate difference and posit alternatives for voters to consider while the messy work of governing takes place much closer to the center of the political spectrum.

But good will and the support of just under 40% of the electorate does not give Mr. Trudeau the tools to magically overcome the divides which continue to characterize early 21st century Canada. In fact, his election may complicate the narrative of how Canada’s decade of dissensus will be overcome, although it will put him in the driver’s seat as to shaping the agenda. In the meantime, there will be lots of opportunity for those committed to the renewal of Canada’s social architecture to engage and, hopefully, to make a contribution to the common good so that Canada can indeed flourish in the years ahead.