This piece was originally published in The Rabbit Room.

I used to be a shepherd, keeping natural-colored sheep for their fleeces. Most sheep grow white or off-white wool, but ours, bred from the occasional black sheep any commercial shepherd would reject, grew amazing-colored wool: ebony, silvers, grizzled grays, and countless shades of chocolate.

Fiber artists used these rare colors to create beauty without dyes. Some of my sheep grew shiny, strong fiber that was perfect for tapestry work or socks with durable heels while others produced wool soft enough for camisoles and baby gowns. Each sheep on our farm had the genetic potential to grow good wool, but not all of them did.

It wasn’t because they were lazy—sheep don’t work. They’re relationship creatures. Sheep live with someone who takes care of them. People and sheep benefit each other; we need the warmth and nutrition they provide and they need the provision and protection we offer. Whether they know it or not (usually not), sheep need to be kept.

My sheep met certain aspects of their care with enthusiasm. They loved the extra grain they got before breeding season and lambing but, left to themselves, they crowded the feeders, knocking the small and weak aside. If I didn’t take care to make sure each one got enough and not more, some sheep would be fat and others hungry and stressed.

Most of my flock liked the taste of their mineral supplements, but others—not so much. Those who refused the minerals ate the red paint off the barn instead. It did them no good. Some of my flock preferred to go their own way.

I kept them safe with fences, guard animals, a security camera, and most importantly, my presence. As a result, the sheep could rest and fully chew their food. If they didn’t feel safe enough to lie down, they wouldn’t ruminate, and they lost vital nutrition. The ewes that trusted us rested easy. Others were timid or afraid. Startling at nothing, they depended on themselves and their ability to flee. They spent countless calories running away from imagined threats instead of investing them in growth and strong wool.

The quality of a flock's wool depends on whose they are. It's the shepherd's care that determines the value of the fleece.

Lambing season left me as sleep-deprived as a new mom. Our family took turns answering the alarm clock every two hours when the ewes were heavy with lambs. We put in closed circuit TV to cut down on the number of cold, dark slogs through the snow to the barn, but we still had to wake up and watch for a half hour when the alarm jangled us awake. The girls rarely wanted my help when they had lambing problems. They’d fight me. Sheep are strong. And willful. The best of them accepted my attentions and forgot their discomfort when they greeted their healthy lambs.

My sheep couldn’t know I was keeping them healthy, so they resisted taking medicine. They hated worming solution and fought vaccinations. If they disliked their healthcare regimen, they really hated the coats they had to wear to protect their wool from dirt, vegetation, and sunburn. Our dark sheep were actually cooler in white coats than if they were coatless, but they didn’t understand that either. We fought a constant low-intensity battle over keeping those coats on. 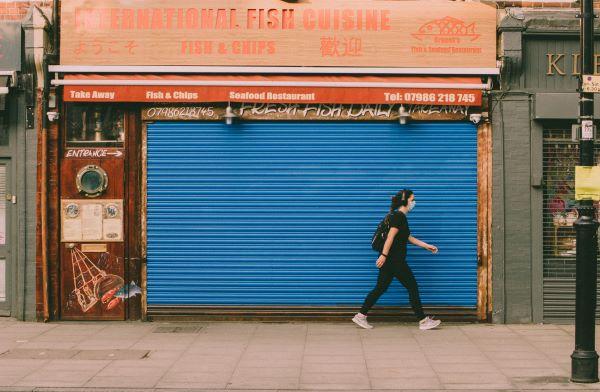 What we had was a failure to communicate.

My care must have seemed like a mysterious hardship to them—“What does it take to satisfy this shepherd?”

No matter—I needed them to let me do what was best. I wanted their cooperation, or at the very least, their acquiescence. True, some of my sheep recognized me as a resource, running to me for a treat. A few of them enjoyed my company and sought it out when I sat down in the pasture. But the sheep in general? They wanted their own way.

And, yes, there was a day of reckoning.

While the shearer eased his back between sheep, I bear-hugged each still-warm fleece over to the skirting table and threw it open like a rug. I skirted the fleece, tearing off the dirty edges, then pulled a lock of wool thick as a matchstick out of the fleece. I gave the lock a twist, held it to my ear and pulled on the ends, hoping I wouldn’t hear the hiss of fibers breaking—the sure sign of a tender fleece. Tender wool isn’t worth a spinner’s effort; a whole year’s growth wasted, good for nothing more than garden mulch.

If the lock of wool didn’t break everywhere along its length, I’d inspect it against the light and snap it to detect any other break in the wool. A fever or a predator scare could ruin the fleece by causing a weak spot at the same point in every strand of wool. Because blood shunts away from the follicles during extreme stress, every fiber is deprived simultaneously of oxygen and nutrition, leaving a fragile “tear-here” line throughout the entire fleece. Broken fleeces are either a total loss or problematic, depending on the break’s location. At best, they’re a salvage attempt.

Sometimes, the color was flawed by mineral deficiency or sun-bleaching. When a sheep won a battle in the coat war, stickers and vegetation got in the wool. A spinner had to really love that fleece to invest the amount of time and effort hand-picking out the junk.

The fault in the fleece often lies with the sheep, but the quality of a flock’s wool depends on whose they are. It’s the shepherd’s care that determines the value of the fleece. I, their shepherd, couldn’t grow wool myself, but I harvested good wool because I loved the sheep and took care of them. I watched over them, discerned their needs, and provided for them. Their part—their gift—was to abide. To stay close, follow me, and let me take care of them.

Jesus named himself Shepherd, One who knows and loves us. Not our stuff or accomplishments. It’s us—each one of us—he loves.

He’s our Shepherd, even if we don’t want to think we need one. He wants, more than we’ll ever know, for us to keep company with him.

When we do, it’ll be evident.

An outgrowth of his life in us.

We Better Hear the Hoi Polloi

Politicians and bureaucrats caught flouting COVID restrictions should get over their embarrassment and heed the pandemic suffering of working people, Peter Menzies writes.

"Secure Your Own Mask First"

The Sacred Journey of Caregiving

The Henri Nouwen Society will host a full-day retreat Oct. 27 in Ottawa aimed at helping caregivers care for themselves. Courage for Caregivers aims to identify challenges and gifts by offering new spiritual practices to sustain long-term self-care. Convivium contributor Stephanie Schoenhoff spoke with the Society’s Colette Halferty about hopes – and prayers – for the event.