Canadian philosopher Charles Taylor is getting a lot of play in papers and magazines here south of the border.  His work, A Secular Age, has received attention from New York Times columnists David Brooks and Ross Douthat, American Conservative editors Rod Dreher and Noah Millman, and cultural commentators like Damon Linker and David Sessions. The question that Linker in particular is asking, with and of Taylor, is this: Is it still possible to experience conversion in our "secular" age?  Is religious experience possible in a disenchanted world?

But this line of questioning is barking up the wrong tree, I would suggest. This is the wrong question to ask, and framing it this way might be a sign of not quite getting Taylor's argument and analysis.

In particular, I think this conversation has over-identified "the secular" with the phenomenon of "disenchantment"—the sense that we live in a world unhooked from transcendence, devoid of the divine, no longer enchanted by spirits or the Spirit. If a "secular" age is a disenchanted age, then it raises the sorts of questions Linker and Sessions are asking: Can one still experience enchantment in a secular age?  Indeed, if disenchantment is just synonymous with modernity, then it would seem like religious belief is precluded: To live in a secular age is a matter of growing up and refusing to believe in sprites and fairies and gods and God. Get over it. Wake up and smell the disenchantment. (Linker's charge that such disenchantment is "inevitable" is especially puzzling since Taylor so often emphasizes the sheer contingency of what got us to where we are.) 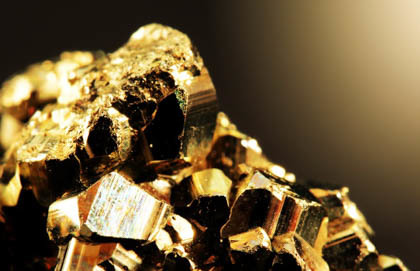 All that glitters is not gold
Canada’s Disconnect on Religious Freedom
The New Scientism: Still Fighting the Phantom War

According to Linker's reading, Taylor argues "that in some important sense late modernity is essentially secular in orientation, meaning that late modern people simply can't experience the world as enchanted in the way that earlier modern, and especially premodern, people could and did all the time."

But that notion of "secularization" is precisely what Taylor is calling into question. So it's odd to see people railing against Taylor as if his account of disenchantment rules out religious experience.

Taylor has his own account of disenchantment, but disenchantment is not what he sees as the kernel of secularization.  Instead, for Taylor, ours is a "secular" age because it is an age in which all of our beliefs are contestable. It is a shift, not in what we can believe (or "experience"), but in what is believable. Ours is a "secular" age, not because we're all doomed to inhabit the world as disenchanted, but because even those who experience it as enchanted have to realize that not everyone does. Taylor never suggests that belief, conversion, and religious experience are impossible in a secular age. Instead he emphasizes that they are "fragilized"—undertaken and experienced with a sense that our neighbors don't share our convictions.

As Taylor clearly puts it, very early in A Secular Age, the shift to a "secular" age is "a move from a society where belief in God is unchallenged and indeed, unproblematic, to one in which it is understood to be one option among others, and frequently not the easiest to embrace" (p. 3). So the fact that ours is a "secular" age doesn't entail any necessary conclusion regarding the dis/enchantment of the cosmos (though disenchantment becomes more believable in modernity). The point, rather, is that no belief is axiomatic and taken-for-granted.

This is why, as I've argued in more detail in How (Not) To Be Secular: Reading Charles Taylor (out next month from Eerdmans), Taylor calls "standard" secularization theory to the mat for not recognizing the contestability of its own beliefs, for not owning up to the fact that exclusive humanism isn't axiomatic either. Linker, who passionately makes the case for the in-breaking of transcendence and the life-shattering calls of revelation, should see Taylor as an ally, not an obstacle.

All that glitters is not gold

But these dichotomies may depend on a certain, naturally dichotomizing, “either/or,” view of the world and may cease to be problematic in the world delivered by the right hemisphere, where what appears to the left hemisphere to be divided is unified, where concepts are not separated from experience,...