She could be a Christian version of Nadia Murad, the Nobel Prize winner who advocates for Yazidi women victims of the terrorist group ISIS. But Rita (her last name is being withheld to protect her safety and privacy) is not in media photos by Amal Clooney, the glamorous international human rights lawyer.

Nor is Rita* the world-renowned face of a cause. She has, however, a few minutes of stardom when she talks on camera for Limbo, a soon-to-be released documentary produced by two award-winning filmmakers, Nuri Kino of Sweden and Elyas Salameh of Lebanon.

“I was kidnapped (by ISIS) on Aug. 6, 2014, and sold five or six times,” the Christian woman says in Arabic, in the documentary with English sub-titles. Her flat, unemotional tone belies the trauma and excruciating pain she suffered until she escaped on Nov. 15, 2017.

“I was a servant and tool for sexual pleasure,” she says, adding that she still suffers from nightmares.

Western feminists might celebrate shattering glass ceilings by ascending the heights of corporate, political and media power. But women like Rita are the unsung heroines of International Women’s Day.

Forged in the fires of war, conflict, violence and genocide, the courage, steely strength and resilience of Rita and others in a similar situation can animate countless movie screens and fill libraries of books.

Dilveen Hassan is a 16-year-old Yazidi girl who lives in Richmond Hill, Ont. “She is like a special daughter to me,” said Rev. Majed El-Shafie, the Egyptian-born founder and president of Toronto-based NGO, One Free World  International (OFWI). El-Shafie rescued Dilveen and brought her to Canada where she now lives with her mother and five siblings.

“Dilveen is the bravest little girl I’ve ever seen in my life,” El-Shafie said in a telephone interview from Edmonton. “She was ten years old when she was captured by ISIS and repeatedly raped. Her father and uncles were slaughtered. She herself was held in captivity.”

El-Shafie has other stories to share. His daring rescue efforts take him personally into the heart of enemy (ISIS) territory where he negotiates with slave traders and buys back women and girls sold into sex slavery, which won him the Raoul Wallenberg Citation for Moral Courage in 2016.

Mary*, a 17-year-old Christian, was fleeing the war in her country with her parents. ISIS extremists held up their car at the border, shot her father before her eyes, and held her as a sex slave for a year.

“We hired smugglers to rescue her,” said El-Shafie. “And when she was freed, she said: ‘I forgive them’ (her captors).” He added that this reinforced his own philosophy of fighting hate with love, and revenge with forgiveness.

Both El-Shafie and Nuri Kino, founder and leader of A Demand for Action, a Sweden-based NGO that advocates for Middle Eastern minorities and provides relief to refugees in Lebanon and Syria, agree that the war and genocidal campaigns affect women in a particularly intense way.

“Many of the men have been killed, so a lot of the women are widows,” said Kino in response to a Convivium query. “But even if they are not widows, the genocide affects women in a different way. ISIS and other terrorist groups deliberately target women and children, kidnap them, sell them in open markets, and thousands are still missing even if the so-called ISIS caliphate has fallen.”

“The current genocidal wave started over five years ago. But now it’s worse than ever,” said El-Shafie, pointing out that Turkey has always backed extremist groups. 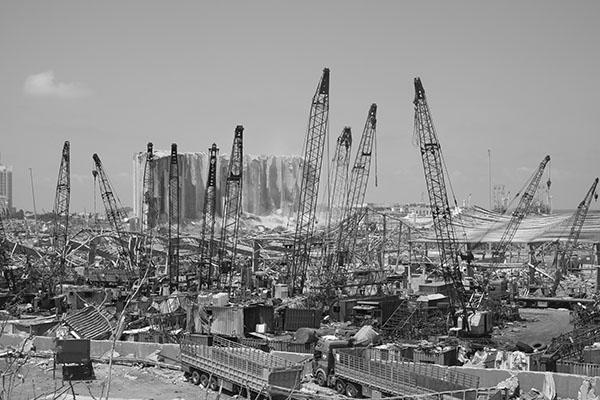 “But now Turkey is more aggressive than ever,” he added, referring to the Turkish-Russian invasion last October in the wake of the security vacuum left by the sudden withdrawal of American troops, and the subsequent conflict between Syria’s Bashar al-Assad and his Turkish-backed opponents. This has displaced 900,000 people, the majority of whom are women and children.

“The situation is very hard on the population in general, but especially so on minorities such as Christians and Yazidis,” El-Shafie noted, adding that 3,000 Yazidi women are still missing.

While no definitive numbers are available on Christian women kidnapped and forced into sex slavery, many of them share the same fate as their Yazidi sisters.

“But the media do not talk so much about Christian women,” El-Shafie observed.

UN camps are not a viable option for the women refugees, said Kino. “Some of them tried staying in UN camps but were driven out because of their religion and ethnicity. They were persecuted all over again by terrorist sympathizers who lived in the camps.”

Howard Stern furthers Kino’s point about UN camps. Stern is the operations and safety advisor to the International Christian Consulate (ICC), a UK-based non-profit organization established to protect the growing needs of Middle Eastern Christians, especially those fleeing faith-based persecution. One of ICC’s initiatives is running safe houses in Greece for vulnerable refugees.

“What most in the West completely fail to grasp is the religious freedoms they take for granted are simply not available in the Middle East,” Stern said in an e-mail to Convivium.

“The refugee camps become microcosms of the Middle East with all the same cultural, tribal, religious conflicts and issues. Therefore, women who convert because they had long wanted to, face very high risks of harm if discovered. Many dress as Muslims in camps but take off the hijab in church. Even there, many keep it on as some churches are infiltrated by spies who report back to camps, or in the case of the Iranians, back to the government.”

Stern said the number of Christian women and children refugees is small at present (about 500 in Greece), but “they face disproportionately high risks. Rapes, beatings, theft, sexual violence are sadly all too common. Children too are not safe, especially girls. We have supported families who had to cut their daughters’ hair short to look like boys so they would reduce the risk of being taken by smugglers.”

Despite their harrowing experiences, these women’s stories are not mere tales of woe, but a powerful testament of their faith and strength.

I met several Christian women refugees in Lebanon last October. On the brink of economic collapse, this small country is bursting at the seams with a swelling refugee population and does not grant work permits to them, so refugees see it as a transit station while they wait patiently for opportunities to move on to a better life.

The Christian women I spoke to, had to flee faith-based persecution in their home countries and live in tiny, substandard apartments on the outskirts of Beirut where they looked to ADFA for financial and moral support.

Listening to their stories was a harrowing and awe-inspiring experience.

Salwa for example, saved her whole family despite a gun being held to her back on a dark night of terror. Sousou, determined to give her slaughtered friends and neighbours a decent burial, single-handedly dragged their bodies and stored them in refrigerators for weeks.

“I must say every one of them is a heroine,” said Kino. “Amazing survivors and fighters. Some of them even took up arms and fought side by side with their men.”

Indeed, these women deserve to be celebrated and honoured on International Women’s Day, and every other day.

More importantly, governments such as Canada, which proudly profess to have a feminist international assistance policy, can and should support the efforts of humanitarian organizations that – despite being dependent on donations and their work being grueling and often dangerous – are doing a heroic job of helping refugees pick up the pieces of their shattered their lives.

Canada can also review its refugee policy to accommodate those for whom the United Nations High Commissioner for Refugees (UNHCR) route is not a viable option.

“The European nations are failing, as is UNHCR, to recognize vulnerability and uphold international law pertaining to the protection of religious minorities,” said Stern. “Thus, even in Europe, Christians are persecuted because of their faith within the context of the refugee camp environment.”

The question is: Will Canada rise to the challenge and lead the way to protect the most vulnerable?

*Names have been changed or altered to protect the privacy of individuals.

Lest We Forget Lebanon

Despite historic pacts between Israel and its Arab neighbours, Middle East peace remains a chimera if Lebanon is left behind, Susan Korah writes.