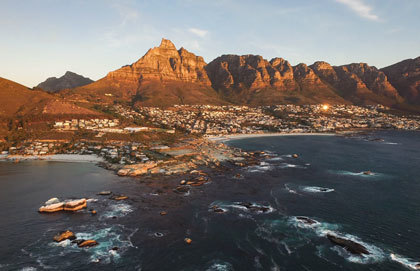 Our lives are overrun with strangers telling us how to succeed, who to love, what to buy, where to go and what to do. Yet each of us invariably encounters one or two people who truly influence us, shape us, give us the gift of being ourselves – and to whom we find ourselves giving frequent, albeit inner, thanks.

Today, Gideon Strauss reflects on how home for him has not always been a place, but the space between them. But we’d like to hear more from you, our readers. To whom do you give thanks for influencing you most? A parent? Sibling? Teacher? Stranger performing an act of uncompelled grace? Send us 300 to 400 words that you’d like to see published on Convivium.ca.

“We grow and become both by letting go and holding on, leaving and staying, journeying and abiding. … A good life and the cultivation of wisdom require a balance of home and pilgrimage.” (Sharon Daloz Parks)

I am a citizen of two countries. I have lived in three countries, seven cities, and something like sixteen houses and apartments. When people ask me (usually because of my accent) where I am from I smile and pause for a moment, trying to assess how much patience they have and how long a story I should tell. There were a few years during which I gave people a row and seat number on a particular flight of a particular airline when they asked, “So, where is home?”

My first international move – from South Africa to Canada at the very end of 1997 – was supposed to be quite temporary. A time of recovery from a couple of traumatizing years working for South Africa’s Truth and Reconciliation Commission. A time of re-equipping to be followed by a return to the belovéd country. But that is not how things worked out. A set of circumstances emerged that made it look like I would have to choose between my calling to South Africa and things that mattered to me even more. This choice felt like no choice: to so choose would at that time have meant being an entirely different kind of person than I believed myself to be.

I wrestled and wrestled with this conundrum. One morning, as I sat praying in a quiet place near my apartment, I wrote down a phrase in my notebook that articulated clearly what I had come to believe I could do with integrity. I walked to my apartment feeling less unsettled than I had for months. Stepping into my living room I was surprised to find two people waiting to talk with me about a job in Canada. And then, some way into our conversation, one of them used the very phrase I had written down in my notebook earlier that day to describe the position we were talking about.

I am not inclined to claim that I hear the voice of God. But that morning I felt as though I was given a glimpse into God’s gracious providence. The conversation in my living room resulted in 10 very happy years working with the think tank Cardus and the Christian Labour Association of Canada. And the two people who came to talk with me, Ray Pennings and Neil Roos, became trusted and treasured colleagues. And yet.

I yearned to return to my birth country, to somehow respond to that calling, to make a contribution to the future of that broken but beautiful place in the aftermath of colonialism and apartheid. The yearning dimmed and brightened through the years. The hiraeth ache made it hard for me to call Canada home, much as I came to care for this country.

Between 1997 and 2014 I was able to visit South Africa only once, in 2003. But after 2014 the shape of my life changed in such a way that it became possible for me to live and work in South Africa every June and July (and sometimes longer), while I live and work in Canada for the duration of the academic year (from roughly September to May). I have become a nomad, a migrant, a kind of reverse swallow, as one of my friends described me, flying in pursuit of winter. Now, in my fifties, my annual migration is my home.

As soon as I arrive in South Africa I start thinking about the first time I will drive up into the mountains above Stellenbosch, between Simonsberg and the Jonkershoekberge, and, as my vehicle crests the Helshoogte pass, look out over the Drakenstein valley. At that moment, with that view, I know I am home.

When I walk into the first meetings with my collaborators in Stellenbosch Gemeente, the local church where my brother’s family worships and where I facilitate workshops every year, and with my collaborators at Stellenbosch University, with whom I study the lived experience of young adult Christians in this town strained by the inequalities between the poorest and the most affluent of its citizens, as we settle into our work, I know I am home.

As soon as I arrive in Canada I start thinking about the first drink I will share with my children, catching up on their lives and the lives of those they love. As I savour what they savour, share in the sorrows that bring them sorrow, find comfort in the certainty of their affections, I know I am home.

When I once again hear the laughter in the underground passages of the Institute for Christian Studies in Toronto, as I listen in on the deep conversations taking place in our learning studio, as I put on my earphones to type a draft article for this or another journal in the office I share with our faculty and Academic Registrar, I know I am home.