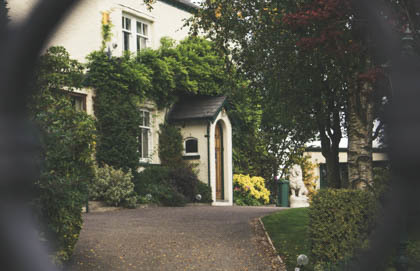 Fifty years ago, Quebec’s Lieutenant Governor, Paul Comtois, died a martyr to the faith trying to save the Blessed Sacrament from the chapel in Bois-de-Coulonges – the century-old vice-regal residence that was destroyed in a fire in the winter of 1966 (“Sea to Sea,” February-March 2016).

Comtois, 70 at the time of his death, was known for his smooth and welcoming manner, and had spent a lifetime in public service. But when the Queen’s representative died during Quebec’s so-called Quiet Revolution, the media made no mention of the circumstances of his death or of his deep religious convictions. By then, religion in the public square had at best become a private matter; at worst, an eccentricity that shouldn’t be mentioned.

It was another eight years until the then editor of the Toronto-based Catholic Register, Larry Henderson, began asking questions and the truth began to emerge.

“After checking the story out, I came to the conclusion that this act, which would have become a part of the history of mankind in any other time, has been deliberately overlooked,” Henderson wrote.

Maureen Peckham, a nun with The Society of the Sacred Heart, took up the story and wrote about the Lieutenant-Governor’s “supernaturally splendid beau geste” in her introduction to John Cotter’s The Affirmation of Paul Comtois.

“The glorious martyrdom of Paul Comtois, passed over as it was by an unbelieving world and by an all too unbelieving Church, has nonetheless remained in the faithful memory of God’s true friends,” she wrote.

Still, as recently as 2005, the Quebec government’s official history of Quebec’s 27 lieutenant-governors steered clear of the subject. It simply read that Comtois “lingered behind the others in the burning residence too long and was never seen alive again.”

One of the first to suggest that Comtois should be considered for sainthood was an Oblate priest who described him as “a man who laid down his life as a believer in the real presence of Christ in the Holy Eucharist, a martyr of Jesus in the Host.”

The floor collapsed beneath him, and Comtois was lost in the inferno.

Paul Comtois was immersed in Roman Catholicism from the moment he was baptized in 1895 at the church in Pierreville, 100 kilometres east of Montreal, where his father, Urbain, was the organist. His mother, Elizabeth McCaffrey, was a devout Catholic of Irish descent.

Comtois was educated at the seminary in Nicolet, where he was taught by Georges-Alexandre Courchesne, a future bishop of Rimouski, and studied agronomy with the Trappists at the Oka Agricultural Institute before getting his degree from the Université de Montréal.

In 1918, he inherited the ancestral farm at Chenal Tardif from his Uncle Hercule. He married Irène Gill in 1921 and they had five children. 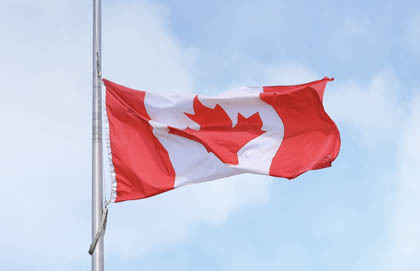 Not All That We Desire
Launching Questions
Quebec's Religious State

Unlike most farmers in rural Quebec at the time, Comtois had a classical education and a university degree. He spoke to his farm animals in Latin. As an agronomist, he collected awards for cultivating crops with above-average yields. He never turned his back on his rural roots. He became a member of the Sacred Heart League and joined the Knights of Columbus. In 1928, he was elected president of the local Catholic school board; and in 1930, he ran as the Conservative candidate in Nicolet-Yamaska. He lost by one vote to the Liberal, Aimé Boucher.

The election results were contested and the seat declared vacant. But Comtois failed to carry the riding in the by-election that was called in 1933. He turned his attention to local issues, helped start a caisse populaire (credit union) for farmers and in 1948 was elected mayor of Pierreville.

He ran as a Conservative in 1957 and won when John Diefenbaker first became prime minister. Comtois was ideally suited to be Minister of Agriculture, but Diefenbaker mismanaged his Quebec caucus and instead appointed him Minister of Mines and Technical Surveys. He was one of only two French-Canadians in the Cabinet, the other being Léon Balcer.

Portly but dignified, Comtois and his wife accompanied Queen Elizabeth on the royal yacht Britannia in 1959 after Diefenbaker insisted that a Canadian Cabinet minister be with the Queen at all times while she was in the country.

En route to Quebec for the funeral, Diefenbaker took Comtois by surprise by declaring that he would be the new lieutenant-governor. In his three-volume autobiography, Diefenbaker dismisses Comtois in a single sentence as “a man of sound judgment who steered his office away from political trouble.”

One of the perks of being lieutenant-governor was the Bois-de-Coulonges (Spencer Wood in English), a sprawling residence that perched like a white castle on a 100 acre site in suburban Sillery, high above the St. Lawrence River. Originally built in 1860 to house British Viceroy Lord Elgin after Quebec City became the capital of the United Province of Canada, Spencer Wood was every bit as impressive as Rideau Hall, the Governor-General’s residence in Ottawa.

After Confederation, the mansion and all of its Victorian appointments and artworks was given to the Quebec government as a residence for its lieutenant-governors.

Narcisse Perodeau, the 14th man to hold the position, had converted two 2nd floor bedrooms into a private chapel in 1925. When Comtois assumed office, he had all the trees on the estate pruned, refurbished the sugar maples and apple orchards, and opened the grounds to the public.

After Comtois was invested as Knight Grand Cross in the Sovereign, Military and Hospitaller Order of St. John of Jerusalem, Rhodes and Malta in 1963, he asked Archbishop Colonel Maurice Roy for permission to keep the Blessed Sacrament permanently in the chapel at Spencer Wood, where he and his family recited the rosary each evening.

Initially, Roy was reluctant to grant the request but relented after Comtois assured him that he would protect the Host with his life. Roy made it clear that the Blessed Sacrament was being entrusted into Comtois’ personal care and was not being given to the residence.

After returning from a reception on February 21, 1966, with their overnight guests – the Montreal art dealer Mac Stearns and his wife – Comtois and his wife were preparing for bed when a fire began just before midnight in the basement and spread quickly. Everyone, including the household staff, managed to escape before the flames reduced the building to ashes. Everyone, that is, except Comtois.

According to his daughter, Mireille, in a Catholic Register article in 1974, her father was in the chapel and he “ordered me to jump from a nearby window… The last I saw of him, he was standing under the sanctuary lamp in his pyjamas and wearing around his neck the souvenir Rosary from his father, which he said every night and wore to sleep.” The floor collapsed beneath him, and Comtois was lost in the inferno.

The next day, when they found him, “His arms had been burned off and were separated from his body,” according to firefighter Brian Turpin, who found the charred body face down.

Turpin recalled in an interview with the Catholic Register that “the small case for the Host was at his front.” Near him was a reliquary that held the remains of a newly minted medal of Saint Pierre Julien Eymard, a 19th-century French priest known as the Apostle of the Eucharist, who founded the Congregation of the Blessed Sacrament. There was also a paten, which had partially melted.

At the state funeral, Archbishop Roy acknowledged Comtois in his homily as someone who was deeply moved by the spirit of the Vatican’s ecumenical council. “He experienced no greater satisfaction than helping his fellow citizens know and love each other. He was a man entrusted with great responsibility, and he discharged the duties of his important public office with dignity and with grace.”

The idea of having Comtois declared a Servant of God, the first step on the road to being proclaimed a saint, has been bandied about over the years. While it has been mentioned from time to time, Pierre Lafontaine, at the archives of the Archdiocese of Quebec, says no formal application has been made to the Vatican.