When I was Grade 3, my family moved to a town that was two hours away. I distinctly remember visiting day at the new school. Sitting through class, I was already dreading lunch. The 15-minute recess was bad enough. I felt lost and forlorn, like a fish out of water wondering how long I had to wander aimlessly. I remember looking up girls laughing on the jungle gym. They were playing “grounders.” We didn’t play “grounders” at my school. In fact I didn’t even know what “grounders” was. My eyes started to well up, the feeling of alienation was real.

That’s when someone tapped me on the shoulder. It was a kid in my class.

“Hey Adam, who’s that?” asked one of the girls from the top of the monkey bars.

I’ll never forget what happened next.

Adam put his arm around me, turned and looked up at them.

...I begin to wonder if all of our actions, our political ideologies, our lashing out at the “other” for being exclusive are not all simply manifestations of our own need to belong.

It made me feel so warm, so welcome, so included. When it comes to Wonder, whether it’s August Pullman, the boy with facial differences, trying to fit in with his classmates, his sister Via, losing her best friend, or even Julian, the class bully, seeking to please his parents, it is a story about belonging.

The genius of Stephen Chbosky’s Wonder is that the story isn’t just about Auggie trying to fit in. Chbosky borrowed the chapter-by-chapter approach from the novel of the same name in order to help us see from the perspective of Auggie’s sister Via, her best friend Miranda, and his friend Jack Will. In a rare move for movies of this type, we even feel sympathy for the bully, Julian. Telling the story from all these different perspectives is not accidental in a film that is all about being included.

Of course, Auggie is still the central character of the film. Via sums up her position well when she says, “August is the Sun. Me and Mom and Dad are planets orbiting the Sun.” We hear her pain early on, and later we see it when her mom runs out on one of their few days together because of another “emergency” from Auggie at school. 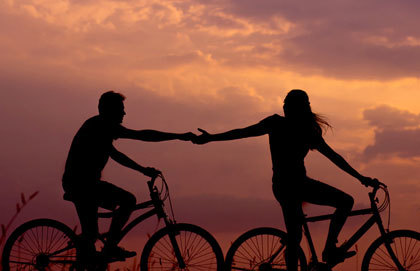 Last Kiss
Funny Like Judges
Godzilla and the Book of Revelation

Auggie’s pain is more obvious, a life time of health problems and facial differences causes him to be ostracized and excluded wherever he goes. In the first chapter of the film, Auggie wears a space helmet at the park, at the store, and any time he goes outside because he doesn’t want to get the dirty looks or scare the other kids in the park. But with or without facial differences, the struggle to fit in is one that everyone can relate to.

“Dear God, please let them be nice to him” prays his fearful mother, Isabel, as Auggie strikes out into completely unfamiliar territory in his first step onto the grounds of the middle school.

As Auggie looks around at the fearful faces of others and feels the crowds of happy children part before him like the red sea, he must be praying the same thing. Though there are moments of hope along the way, it doesn’t take long for Auggie to become “otherized”, a scapegoat, not just by bullies but also by “friends.”

With Julian in the lead, other classmates project their fears of isolation onto him and define themselves over and against him.

Pick a random verse from the Psalms and more likely than not you will hear a similar plea. “See how numerous are my enemies and how fiercely they hate me!” prays David in Psalm 25:19. In Psalm 22, he declares “I am a worm and not a man, scorned by everyone, despised by the people.”

And in Psalm 69 he writes, “They that hate me without reason outnumber the hairs of my head.” In this way Auggie and the Psalmist both find a kindred spirit in Jesus who “came to that which was his own, but his own did not accept him” (John 1).

Yet in his longing for belonging, the psalmist too cannot get beyond otherizing.

“Do I not hate those who hate you, LORD, and abhor those who are in rebellion against you? I have nothing but hatred for them; I count them my enemies” he writes in Psalm 139 as if hating his enemies would somehow gain him favour with God.

In Wonder, we feel the same visceral rage for the enemies of Auggie as the film reveals the subtle bullying tactics of Julian. Eventually, though, we come to see Julian’s pain and fears arise from the pressure to fit in with his image-obsessed parents.

When Jesus arrived on the scene a few thousand years after David, his message was radically new.

“You have heard it said ‘Love your neighbour, and hate your enemies,” he began, “but I tell you, love your enemies and pray for those who persecute you.”

Christ’s object lessons regarding how to behave came not from the wisest of the Israelites, those who were theologically ‘right,’ but rather the local heretic group-to-avoid, the Samaritans. The sentiment is demonstrated in Wonder by Auggie’s teacher Mr. Browne, which probably makes up the thesis for the film. On the first day of class, Mr. Browne writes this quote on the board, “When given the choice between being right or being kind, choose kind.”

As I get older and immerse myself in different political or religious communities, trying on different ideologies to see which one is ‘right,’ I begin to wonder if all of our actions, our political ideologies, our lashing out at the “other” for being exclusive are not all simply manifestations of our own need to belong.

Right now in Canada, Trinity Western University is fighting for its right to belong in the public sphere while maintaining the traditional definition of marriage. In the same way the LGBTq+ community is still reeling from years of persecution, otherizing, and exclusion. As Christians in Canada today, I wonder if Auggie’s story has a word for us.

For all of our battles and fighting to be included, perhaps we should be first to give up our rights for the other.

The prayer often attributed to St. Francis, puts Christ’s call for inclusion and “doing unto others” into context when he writes, “for it is in giving that we receive, in pardoning that we are pardoned, and in dying that we’re born to eternal life.” For all of our battles of ideology, often there is still a Grade 5 child inside us who simply wants to belong. Sometimes all it takes is a story like Auggie’s to remind us of that.

Godzilla and the Book of Revelation

In this review of Godzilla, Erik deLange explores the movie's Christian themes as it relates to the book of Revelation.