The tree of life my soul hath seen,

Laden with fruit and always green:

The trees of nature fruitless be

Compared with Christ the apple tree.

Two things happened a few years ago, and intertwined to produce one of the most profound Lenten experiences of my life. One was a woodworking project, the other a poetry project.

When my wife and I began to attend a small Presbyterian church in Hamilton, I noticed that no Cross was hanging on the wall behind the pulpit. As a woodworker and cabinetmaker, I had long wanted to make a Cross, though at the same time I was ambivalent about lovingly crafting an object that had one purpose only, which was someone’s slow and painful death.

So I made a proposal to the church council to find a Cross in nature. I would go into the woods and find a tree that branched into a cross-shape, chop it down, strip the bark, and hang it on the wall. The proposal was accepted. But I entered the woods only to discover that the cross-shape does not grow in nature, at least not in the vertical/horizontal proportions I was looking for.

I realized that I would need to look where trees are regularly pruned, where their shape is the result of what humans have done. And so the resonances began. For isn’t the wooden Cross of our Christian faith a result of what we as humans have done? And where would I find such a tree? In a place where trees are cultivated, that is, a garden, an orchard. Our story has at least two of these, that call back and forth to each other over time and through the trees: the Garden of Eden and the Garden of Gethsemane.

What you see hanging on the wall above you, as on a hill, is both the tree and the one who was hung on the tree. At the same time.

At about the same time our church Music Director, Bart, asked if I could write something for our Good Friday service. What did he have in mind? A series of poems based on the 14 Stations of the Cross. The 14 Stations are a Catholic devotional ritual of prayer and meditation that isolates episodes in Christ’s journey from the Garden to the Cross. You mean, 14 poems? Yes, he meant 14 poems. He would write the music to accompany their reading during the service.

He asked, and I said yes. It was on Ash Wednesday, or thereabouts, that the two threads of my Lenten journey began to weave together.

I found an untended, derelict orchard in Burlington, on a property that was slated for light industrial development. It was spring, and the broken and doomed trees were in bud, and blooming, in total contradiction to their fate, as if life would go on…. 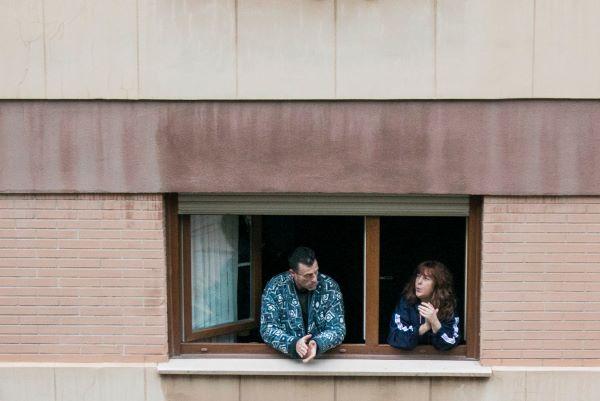 is possible? the power of prayer,

that the same old story

That first visit to the orchard became The Agony in the Garden, the first station of the Cross. Immediately, however, and as the project moved forward and unfolded, my own role was far more complicated than simply that of a woodworker embarked on a woodworking project. If I were suffering like Jesus in the garden in the first poem (though my suffering was not over my own imminent death but that of the orchard), then I was also his friend and follower Peter, wanting to do damage, to slice off the ear of the man who was driving the bulldozer that was busily pushing over and uprooting the trees in the second poem, which became the second station, The Betrayal of Judas.

I was Judas himself, implicated and guilty in the death, when I accepted money for the Cross-finding project, and even more so when I put Swede saw to the trunk of the tree that had the shape I sought. Yet when it fell, I carried and dragged my burden through the tall weeds to the car, again like Christ. And then I was a Roman soldier, stripping him naked as I stripped the bark from trunk and branches at the shop.

I was living a lectio divina of the Passion story, finding myself in each and every person. It was unsettling, intense and exhilarating. It was exhausting and exalting. I felt honoured and deeply afraid.

The Cross hangs at St Cuthbert’s Presbyterian Church in Hamilton. The photograph doesn’t do it justice, in large part because it is out of scale, but also because it was taken down from the wall for the camera. You are not looking up at it, as you do on a Sunday or Good Friday morning.

What you see hanging on the wall above you, as on a hill, is both the tree and the one who was hung on the tree. At the same time. The shape of the sufferer is present in the writhe and twist of the spine, and in the arms, stretched and splayed against the wall. The pain is visible. I know now that Christ and Creation are inseparable. And I know that my loyalties to both, my fealty, are inseparable. What we do to the earth, to the least bit of earth, we do to him.

And yet, those arms also suggest a dance. A pirouette. You see joy in those flung arms as well as misery, you see the hope of resurrection built right into Creation, as it was right there in the refusal of those doomed trees to stop blossoming in the first place.

Jesus Christ the Apple Tree is an eighteenth century hymn, Methodist or Baptist (no one is certain), not found in any hymnal or book of praise that I have sung from. Bart introduced our congregation to it one year, and some were quite put off by the “metaphor” of Christ as tree. Understandable. The hymn itself seems to diss nature in the first verse, so I can take or leave its unexpected theology. I love it for the title alone. To my mind, and heart, now, after that profound Lenten journey, it is no metaphor. But maybe that is just the poet in me talking.

(The fourteen poems are published as “This Orchard Sound”, and are available in a chapbook through any independent bookseller or from the publisher Wolsak & Wynn, Hamilton ON.)

Convivium Editor in Chief Father Raymond J. de Souza reflects on a moment of unity during Pope Francis' visit to Egypt last week that received relatively little attention, but is certainly a highlight.

Looking back on a trip to Bethlehem that evoked peace and solace, Mirjana Villeneuve seeks to walk alongside the Holy Family approaching the manger this Christmas.