That term doesn’t sound quite the same as it did a few months ago, when it was the aspiration of everyone who posts, reacts or publishes online. That viral tweet, post, or column was the desideratum. Now that an actual virus has shut down the planet, we have decided that going metaphorically viral is the best response. Everything is moving from face-to-face to online. It will help many lives to be saved. We will also live to regret it.

Elements are already coming into place around us that risk erasing our ability to recognize, never mind recollect, our basic liberties. They are not the work of some mysterious, string-pulling evil cabal. They’re an entirely unintended effect of good people under enormous pressure trying to do the optimal thing through use of powers we have granted them.

Remember the airports, as Peter reminded us. In the land of the free and the home of the brave, millions of airport passengers daily agree to levels of searching and control previously through the province of authoritarian regimes. The United Kingdom, home of Magna Carta and all that, does not permit any resident to be in public for any length of time without being recorded dozens of times. Big Brother is literally watching.

Now we are moving everything that can move – and even some things that can’t, about which later – online. That is the genius of the Internet; it makes distance disappear. Getting software help from Bangalore or livestreaming the Vienna Philharmonic during the Beethoven 250th celebrations – that seems like a net plus, no? Why should only those in Bangalore or Vienna get the benefit of the talented people who live there?

But distance is an important part of being human. Or put another way, closeness is a vital part of being human. The Internet makes the first violinist in Vienna as close as my living room. But it also makes those in my living room as far away as my software tech in Bangalore. You can witness that in any restaurant where four out of four people at a table are on their smartphones with someone else.

It’s a balancing act, of course, to take the good and avoid the bad. The coronavirus has put us all off balance, and so we are online all the time, working from home. If it wasn’t for the travel restrictions, one could pop over to Vienna for the performance of the Beethoven Cycle and one’s colleagues would be none the wiser. 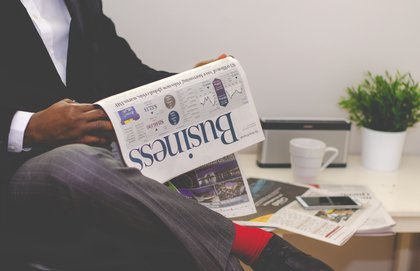 But some things don’t work from home. Consider this headline from The Globe and Mail: “The education world has been turned upside down: Online learning may reshape the classroom.”

“I expect a steep increase in online learning that will continue beyond the [pandemic],” Marina Milner-Bolotin, an associate professor in the faculty of education at the University of British Columbia, tells the Globe. “People now will pay much more attention to it as they will experience its power.”

Powerful, to be sure. Effective education? Perhaps not. For more than a decade, all of my (university) students have spoken about online courses as a pale imitation of real class. They are tedious to be sure, but so too can lectures be in a classroom. But online is quick, offering the option of getting it over with in much less time. Which is fitting, because so much less is learned.

As e-learning ramps up to contend with the coronavirus, there will be some who, having gone viral, will not want to go back. Include amongst those a few provincial governments, now facing staggering corona-deficits, which will find it attractive to have one module for thousands online, rather than a teacher in every classroom.

In the nursing homes, where corona-protocols have banned all visitors, except for the dying, iPads and Skype are being introduced to creatively permit e-visits. After this passes, there will be some who, having gone viral, will not go back to visit grandma. A Skype call will do. And during next year’s flu season, there will be more than a few administrators who will be quick to go full-lockdown again, now that there are iPads aplenty.

If you think that too dark a prediction, consider all those boys, fit and full of energy, who, having gone viral with videogames down in the basement, do not go back outside.

Perhaps the biggest hit will be the churches, which in many parts of the country are demographically akin to a retirement home. There will be many, especially in the winter, who, having gone viral will not go back to church. And even in the fine weather, why suffer through the mediocre music and idiosyncratic insights of the local preacher when there are now hundreds of services to follow online? Having set up the streaming cameras for the sanctuary, pastors are not going to take them down.

Few understood the impact of modern communications better than the University of Toronto’s Marshall McLuhan, who long before the Internet predicted its impact.

“When you are on the phone or on the air, you have no body,” McLuhan said, speaking about modern communications creating “discarnate bodies.”

Dis-incarnation ought to make Christians nervous. The electronic age – telephones and television first, but the Internet much more so – is fundamentally anti-incarnational and anti-sacramental. It does not make the intangible present through tangible matter, but rather takes tangible bodies and dis-incarnates them, converting a person to a series of digital impulses that are present everywhere and nowhere all at once.

The coronavirus attacks the body. The only remedy at hand – distance in person and contact online – undermines the importance of the body. The coronavirus is deadly enough, having already (temporarily) killed off much of our common life, to say nothing of the actual dead. What it will kill in the long-term is ominous too.

Doing well in business, from both a Christian and financial point of view, ought to include doing good. How does Kevin O'Leary shape up?

Father Raymond J. de Souza has fond memories of the late Maggie Thatcher and the great Johnny Cash, but can’t recall NBA players being feted on the cover of Sports Illustrated for their monogamy, fidelity and chastity.