Retired McMaster University professor Janet Ajzenstat is the author of a number of critical and challenging volumes on political theory and the founding of Canada. She also co-edited Canada's Founding Debates, returning them to print for the first time in decades. Now, in a truly novel turn, her latest book, Discovering Confederation: A Canadian's Story, charts her intellectual and political development through an autobiographical sketch. She attempts, as her title suggests, to tell both the Canadian story and a Canadian story. As a result, her insights into the former often take on a curiously confessional tone. Throughout, in anecdotes describing how she first came to study Confederation and then to proclaim it, Discovering Confederation often sounds less like Seymour Martin Lipset than Saint Augustine, more like Surprised by Joy than The Road to Confederation.

It is this unique aspect, the admixture of critical historiography and autobiography that makes this relatively brief book so compelling. In this book, unlike her earlier work, Ajzenstat adopts an occasionally unnerving conversational tone. She endeavours not merely to make her case for reading the core texts of Confederation but to explain how and why it took her so long to make that case. She insists on connecting the scholar to the scholarship. In so doing, she identifies the subtle and not-so-subtle elements of academic culture that thwart the kind of contrarian scholarship that has defined so much of her career. Along the way, pushing against numerous scholarly and social currents, Ajzenstat also describes her own journey from left to right, from a stint among the socialist circles of academic Philadelphia to a pillar of Canadian conservative thought.

Relatively early on in Discovering Confederation, Ajzenstat lays her cards on the table.

"Before I go on, let me declare my true colours. Though I flirted with the revisionist account in my first years of teaching, I have long since returned to the older one. It is the one supported by the primary documents."

It is this divide between the older account, based on the records of the legislative debates, and the revisionist account, which discerns a communitarian ethos, a "Tory touch" in the founding, that informs both Discovering Confederation and the body of work Professor Ajzenstat has produced over the last 30 years. Reading both her earlier works and this latest book, it becomes clear that Ajzenstat understands her research not as discovering but recovering Confederation.

Early on in Discovering Confederation, she reveals that this work began in graduate school. More precisely, it began with Allan Bloom, the author most famously of The Closing of the American Mind, who set Ajzenstat on her path, who gave her "the instruction that guides my research to this day. He told me to explore a 'great text' in Canadian political history, studying it as one of the texts in the canon." Despite her enthusiasm, Ajzenstat faced a distinctly Canadian hurdle in her studies and scholarship. She recalls not only arguments about what specific figures such as Lord Durham actually stood for but also a more basic argument, questioning whether the ideas of Durham and later Brown, McGee and others were even worth studying. More than once, Ajzenstat declares with a sigh that she spent her scholarly life studying Canada's founding principles at a time when most Canadians are unaware that their country ever had such principles. 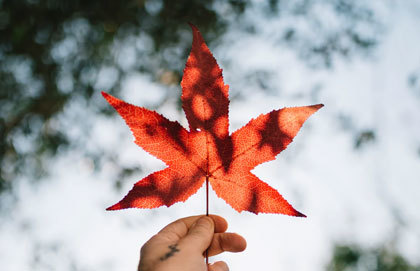 It is to just such people that she addresses her book. By mixing constitutional history with personal narrative, by speaking in a new register, replete with asides, colloquialisms and self-deprecatory jibes, she provides an inviting point of entry to an enduring controversy in the study of Canada. The reader sides with her long before realizing he has also come to side with her argument. This approach, in its subtle combination of argument and action, in its depiction of not merely ideas but their exponents, is perhaps another legacy of her study with Allan Bloom. Ajzenstat casts herself as a Canadian Emile whose education discovers not only the older, authentic story of Confederation but perhaps also an older, more authentic understanding of Canadian identity itself.

Discovering Confederation depicts the profound divide between the original and revisionist accounts of Canada's founding as an almost existential tension at the heart of the country. At times, both before and after her "conversion" to the source material, Ajzenstat describes her own past reliance on the revisionist account in almost religious terms. She speaks of continuing to teach the revisionist account to undergraduates almost as a form of bearing false witness. She describes her later decision to teach, to literally profess, the older understanding in the language of confessional testimony. As a convert, she also turns, with real passion, on both the revisionist faith and its prophets.

Not limited to those on the left, those who either lamented the lack of a Canadian collective tradition or, worse still, confected one, Ajzenstat insists that the source materials of Canadian Confederation can support only one interpretation. She maintains that Canada is the constitutional fruit of Anglo-American political philosophy. It is the progeny of Locke, Blackstone and Burke.

Ajzenstat identifies both a series of critiques and a set of accounts of Canada's origins that, she argues, hide from view the true liberal Enlightenment character of Confederation. She is especially critical of those who claimed for Canada a place suspended between the modern and pre-modern worlds. She suggests that George Grant in particular sowed in the Canadian imagination the notion that, from its founding, Canada possessed a strong communitarian strain, a belief in common purposes, collective goods and a liberalism inflected with a "Tory touch." Grant's influence, Ajzenstat insists, left Canadians ill at ease, never quite at home in the country that Confederation actually constructed. Writing unsparingly of Grant, she declares:

"And yet he failed us. He left us with profound doubts about the Enlightenment. He encouraged us to long for a communitarian Canada that we can never have without abandoning our commitment to political liberty and, in so doing, he inculcated disdain for the institutions of Canadian Confederation and parliamentary government...."

Mixing autobiography with intellectual history and contemporary politics comes with risks. Here, in talking about Grant, Ajzenstat founders upon one of those risks. The language of personal confession fits poorly within the terms of historical and political debate. In truth, it is far from clear that George Grant failed us. After all, to fail us in some essential way, Grant would have had to owe us something, something that is beyond a good-faith attempt to understand his country and its past, and an equally sincere vision of a hoped-for future. Here and in a few other places, Ajzenstat speaks not merely in the language of confession but with the zeal of the convert.

In defending her own vision of Confederation, the one she insists is supported by the historical record, she can find no room for competing accounts. For Ajzenstat, the correct understanding of the Canadian founding not only rejects any "Tory touch" or vestige of pre-modern communalism but is free of any a priori cultural and ideological assumptions. She rejects any interpretation that sees the Quebec Resolutions as propounding anything beyond parliamentary and party government, within the context of liberal neutrality. She insists that such interpretations are not only wrong but also pernicious.

She condemns the revisionist accounts of people such as George Grant and Peter Russell as not merely historical misreadings but personal failings. This goes too far. As compelling as her reading is, there are undeniable aspects of Confederation and voices within the debates that espouse just such a priori assumptions. These voices may not have carried the day, with the notable exception of confessional education, but they are surely not inauthentic as a result.

Very early in Discovering Confederation, Ajzenstat suggests that over time she has come to see Canada's political history as a "long avenue of 'texts.'" This latest book is a remarkable first person account of her stroll, sometimes march, down that avenue. Professor Ajzenstat has done more perhaps than any other recent scholar to recover Confederation, not merely as a path but as a lively conversation, a debate between prodigiously gifted, profoundly serious and deeply erudite men. The special genius of her latest book consists in allowing us to walk alongside her as she recalls her own debates with Brown, Macdonald and Georges-Étienne Cartier. It is a walk well worth taking.

Hearing the seductive, loon-like call of so-called postnationalists who claim Canada is without identity, political philosopher John Von Heyking insists the Fathers of Confederation would have seen the “ironic pose of non-identity as infertile soil for heartfelt protection of rights.”