The latest blockbuster monster movie Godzilla is bursting at the seams with action in pursuit of a plot, eventually finding a central message in its overtly Christian themes, which may not be as much of a cause to celebrate as we think.

About midway through the movie, the apocalyptic-looking three-headed dragon King Ghidorah rises out of a volcano. He stands across a chasm from a massive cross that just happens to take up a full third of the frame. This less-than-subtle clue offers a hermeneutic key to unlock what is going on the rest of the film. Shortly after this scene, reference is made that this monster Ghidorah as setting itself up as a “false king,” in place of the rightful king, Godzilla.

Naturally, the book of Revelation comes to mind.

At some point, Hollywood discovered that putting overtly Christian themes in movies can be a boon at the box office. And so, here we see an almost scene-for-scene recreation of the book of Revelation: King versus False King, Christ versus anti-Christ: a resurrected king “God”zilla who conquers the three-headed beast. (King Ghidorah is given three, rather than seven heads in the film, but is otherwise the spitting image of many a medieval painting of the beast from revelation).

Toward the end of the film, the hero Mark Russell declares they will fight together on the side of Godzilla. In service of this end, a nuclear bomb is sacrificially hand-delivered by Dr. Serizawa as a sort of defibrillator to jump-start Godzilla back to life. 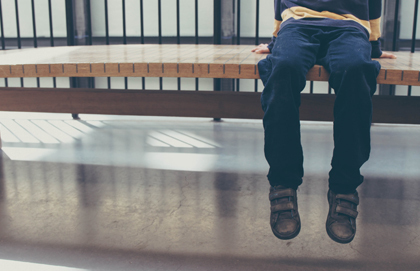 A Korean mentor of mine first introduced me to the struggle that many Asian-American actors endure, having to constantly put on a thick accent when their English is perfect. But the Paternalistic treatment of the Asians in the film does not end with their characterization. The irony of the only Japanese character in the film being a proponent of nuclear violence is on full display here.

The original Japanese monster-movie Gojira was a direct reaction to the traumatic history of atomic bombs launched by the United States government in the Second World War. In this sense, the new Godzilla film is overtly Christian in the worst way: it further propagates the myth that the interests of God and Americans are somehow linked – and that violence can be used for redemptive ends.

After all, a nuclear bomb and the human-birthed Mothra are key to Godzilla’s resurrection.

At the end of the film, as Godzilla is swallowing the beast whole and then blasting the final of its heads to bits with his nuclear bomb breath, Dr. Rick Stanton, an all-American type, exclaims “Jesus!” which at this point functions as less of a swear and more of a statement of faith, as the other beasts turn to face Godzilla and literally bow their heads to him like the scene at the end of Revelation 5.

“Good thing he’s on our side,” says Dr. Rick, to which Dr. Ilene Chen gives the knowing reply, “for now.”

Following this small seed of doubt sown in the film by the character of Dr. Chen, I would argue that the further alignment of Christian themes with major Hollywood blockbusters is not a reason to celebrate. As Christian existentialist Søren Kierkegaard has argued, once Christianity aligns itself with power it ceases to be Christianity.

What Godzilla misses entirely about the book of Revelation is that Christ reigns on the throne of God not merely as the dominant Lion of Judah, and certainly not as a mutant lizard of nuclear power and destruction, but as a “a lamb, looking as if it had been slain” (Rev 5:6).

He Shall Be Called Wonderful

The Church in Surrey

Lloyd Mackey explores the rich role of churches and other faith-based ministries in the social, economic, governance and health of Surrey and White Rock, British Columbia.