Jerusalem – Here in the holy city, a combustible dispute over property taxes led to the Church of the Holy Sepulchre being closed in protest for three days this week. The mayor of Jerusalem, without notice or consultation, slapped tax arrears assessments on church properties not used for worship, including the vast number of guest houses that welcome pilgrims visiting the holy sites. Having ambushed the churches with the arbitrary elimination of a tax exemption that dates back to the Ottoman period, the Jerusalem municipality froze some of the bank accounts of the churches and placed liens on some of their properties.

It was an outrageous manoeuvre, done for domestic political reasons, and it backfired badly. On Tuesday, Mayor Nir Barkat of Jerusalem was forced to shelve his new policy. The Israeli national government has no desire for the entire Christian world to wonder why the Holy Sepulchre is closed, and to suspect that the local mayor is looking to solve his fiscal crisis on the backs of the local Christian minority and pilgrims coming to visit their holy places. So it forced Barkat to back down.

In Canada, our tax policy for charities actually confuses the understanding about the tax treatment of churches. We tend to think that the government grants tax exemptions to charities – and tax credits for donations to same – because it is a more efficient way to get certain projects done. Habitat for Humanity can do what the government can’t do, and does what the government does far more efficiently. It is recognized that the charitable sector – from the corporal works of mercy to cultural and civic initiatives – contribute to the common good. Favourable tax treatment both recognizes this in principle and facilitates it in practice.

The situation of churches though is different. 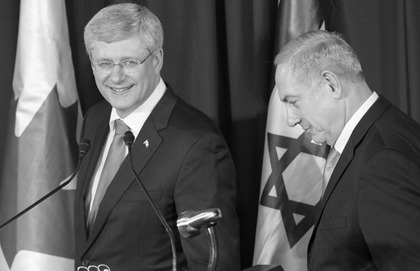 Sea to Sea
St. Francis Xavier and Friendship for Mission
‘Inclusion’ to the Exclusion of Religious Freedom

We have become so accustomed to the State taxing everything that we earn, own, buy and sell that we tend to think that the State can by right tax anything and everything. If it chooses not to tax something, then it is oft considered to have granted a grant or subsidy.

In the 1990s, Queen Elizabeth even agreed to pay some taxes even though it is unconstitutional for Parliament to tax the Crown. But at the time Charles and Diana had brought the monarchy into disrepute, and the concomitant grumbling about the cost of the Royal Family was such that some tax was paid.

There are, though, limits to what the state can tax, because there are limits to the State’s authority. Until taxes on everything became standard practice, taxation was linked to the territorial authority of the sovereign. That’s why taxes were levied at borders and duties were charged on imported goods. It was not just a matter of practical tax collection. It emphasized that upon entering the territory of a sovereign, the authority of that sovereignty was expressed in taxation. Empires levied imperial taxes in their provinces. Hence Jesus advised rendering under to Caesar, not the Galilean town council.

The growth of the State has been fuelled by, and is signified by, expanding taxation over almost every activity under the sun – and the moon as well. Ubiquitous taxation has eroded our sense of any limits on the State, so much so that we supinely accept that we should pay taxes even on the taxes we pay.

The principal limit on the State’s power is that the State is not God. And the Church, which belongs to God before it belongs to the natural order, does not belong to the State. That’s why totalitarian regimes always turn against the Church, usually sooner rather than later. The Church, by its very existence, means there is a place where the State may not go, a realm to which its authority does not extend.