I first heard about Urbana, a triennial global students missions conference, in 2015 when I was a first year International Development student at the University of Ottawa. I heard about it mostly in passing and honestly, I didn’t see much reason to spend a bunch of money to go spend Christmas break away from my family. However, throughout the next 3 years, friends who had gone said it completely changed their lives, that God had spoken to them in new ways and that it was a seriously cool environment to worship and learn in. I, never one to miss out on an adventure, decided I had to go the next time in came around.

But I had some reservations. Over the years, I had become really skeptical of missions on the whole. As I studied development, I saw the sins of the Church left right and centre: in Canadian residential schools in my own backyard, and also around the world as I learned that languages, cultures and people had been wiped away in the name of evangelism. Missions had been used as a guise to conquer and to dominate. I felt caught between two worlds.

In school, my classmates were extremely critical of Western, and especially Christian, involvement abroad - sometimes to the point where our studies felt hopeless and futile. In the Church, I felt like people didn’t care to discuss whether their missions were helpful or harmful, they just wanted to quote Matthew 28:19 and feel good about their adventure to a foreign country. Because no one was talking about it, it didn’t seem like there was any in between. I felt like I had to choose missions or development, faith or knowledge. And so, I went to Urbana in December, wrestling with questions of justice and reconciliation, wanting desperately to see if “missions” could be done well.

Urbana turned out to be incredibly encouraging. I learned from Christians working in anti-trafficking, in business, in community development, who believe that missions means the practicality of their passion and education, and the hope of Jesus, colliding in a holy way that changes lives and communities and them themselves. At Urbana, we talked about injustice and we wept together, lamenting the sins of our Church, repenting of the things we as Christians had done. We talked about the #MeToo movement and colonialism, about racial injustice and the urban poor. We talked about human trafficking and climate change. We listened to people from marginalized groups tell their own stories. We talked about the times when we ourselves had been complicit in allowing injustice to take place. We talked about it all. Openly. Honestly. With sorrow. With passion.

Missions had been used as a guise to conquer and to dominate. I felt caught between two worlds.

The Urbana team creatively brought to life an experience of Revelation 18:4, where God calls His people to come out of Babylon, the archetype of a greedy, self-serving, cut throat and ladder-climbing world. He calls them to come out and to not share in its sins. We as a community committed to no longer standing by and benefiting from the riches of Babylon, benefiting as people try to build heaven on earth on the backs of other Image Bearers. Together, we cried out for forgiveness. It was hard and beautiful and healing and heaven-breathed. 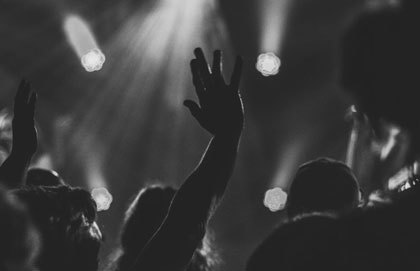 But we also talked about our Jesus, the only True and Righteous King. As we studied Revelation, I was reminded vividly that my God is the God who wipes every tear. That Jesus loves justice. He is the Lion of Judah and the Lamb who was slain - my God doesn’t colonize lands, He conquers hearts with radical love, by giving up His own life, not taking the lives of others. I realized, though I had known it all along, that colonial history was not God’s will or His character.

He is the God of every nation, every tribe and every language. He calls each of us to become more like Him, not try to make others more like us. At Urbana, as we worshipped in many languages and had hard conversations, I saw small glimpses of heaven on earth, of unity and forgiveness. Even at Urbana, God was making us new.

As the week went on, I was really convinced about the ways in which I had tried to keep Jesus out of the things I was learning at university. As I saw the incredibly deep and wide damage people had done around the world in the name of Christ, I felt so ashamed to be associated with the Christian faith. I had, without realizing it, taken on that shame as my own and tried to hide it from God. I’d studied harder, invested my whole heart and mind and soul into my education, hoping to fix for God what we had done. Instead of entering into the hard, messy mourning of a broken world with its Creator, I had tried to tidy it, push everything into the closet where I thought He couldn’t see.

As we studied Revelation, I was reminded vividly that my God is the God who wipes every tear. That Jesus loves justice. He is the Lion of Judah and the Lamb who was slain - my God doesn’t colonize lands, He conquers hearts with radical love, by giving up His own life, not taking the lives of others.

But we can only atone for the past through the One who made the sacrifice. One evening at Urbana, a group of Canadian students gathered to share testimonies of what God was teaching us and one person put perfectly into words what I was coming to realize - “It would be a great folly to believe that I am more heartbroken over the sins of God’s Church than He is.” As she said that, I felt the Holy Spirit whisper to me that I “would be even more foolish to believe I could fix them without Him.”

The theme of Urbana18 was Faithful Witness and we studied the book of Revelation. Revelation is a series of visions that take place in the past, present and future. We as Christians also live in an in-between. We can simultaneously lament the past, take serious action towards bringing God’s justice on earth in the present and rest, joyfully, in the knowledge that in the future He is coming back to wipe every tear and make all things new! These are things the world cannot see happening all at the same time but we serve the One who is and was and is to come. By partnering with the Holy Spirit as I pursue international development, I can become a true tool of justice while also knowing that there is hope in Jesus that studying theories cannot give me. I can be a mindful, critical and intelligent development professional and also be someone who is furiously hopeful and passionate about seeing Heaven on Earth. Because Jesus doesn’t set aside the hard things. He meets us in the chaos and injustice. He is making all things new and I can be a part of it, a faithful witness to the goodness of God.

“And he who was seated on the throne said, “Behold, I am making all things new.” Also he said, “Write this down, for these words are trustworthy and true.” - Revelation 21:5

God in the Chaos

Overcoming her doubts about the mission, though not the message, of the Church, the University of Ottawa’s Samantha Dignam discovers at the Urbana18 conference how acknowledging the faults of Christians is key to carrying the Gospel to the world.