On this American Thanksgiving, as our neighbours reflect upon the blessings of their bountiful land, and their debt to those who went before them, it is a fitting occasion to ask what we know about our own ancestors. What we know is an act of faith, and teaches us about how much we live by faith.

Consider the household of Senator Elizabeth Warren: Are they giving thanks for their forbears, both pilgrims and Indians?

Perhaps you have not been following. Warren, the Harvard law professor who had a stellar academic career, now represents Massachusetts in the United States Senate. During that 2012 campaign, her opponent criticized her for presenting herself as a Native American, presumably for career advancement, despite not apparently being a Native American.

Years later, Warren’s colleagues have testified that she was promoted all along the way as a white woman, not a Native American woman. However she got hired, Harvard Law School did boost its diversity appeal by boasting that Warren was Native American, to which she apparently did not object. In the Senate though, after the criticism, Warren does not list herself as Native American.

The matter would have died down, but Donald Trump took up the issue repeatedly on the campaign trail. With his customary sophomoric boorishness, he hurled ridicule at Warren, referring to her derisively as “Pocahontas,” taking up a theme from some Republican-leaning media, who had dubbed her “Faux-cahontas.” As the Pocahontas routine brought hoots of laughter to his massive rallies, Trump upped the ante. He would give a million dollars to her chosen charity if Warren would take a DNA test and prove that she was Native American.

Warren has ambitions to run for president, and likely did not welcome more than a year of Pocahontas mud being flung at her from Trump. So earlier this year she took the DNA test, engaging the services of one of those websites which advertise on television. With a massive media rollout – including an autobiographical documentary – Warren released the results of the test. 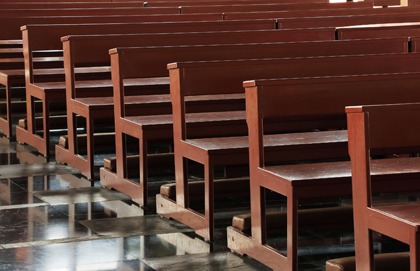 An act of faith is a decision to believe that what someone says is true because that person is trustworthy.

It turns out that she does have Native American ancestors in the 19th-century. She could be from 1/64th (six generations back) to 1/1024th (ten generations back) Native American. Did she make her case and prove Trump wrong? Well Trump ain’t paying, and he might have a case. If 1/1024th was the standard, the average American would qualify. Warren may have less “Indian blood” in her than most Americans.

The Cherokee and other tribes were less than impressed at Warren’s DNA claims. After all, if everyone is Native American, does the designation carry any meaning? And no one wants to get into the business of determining what fraction of “Indian blood” constitutes an Indian.

So why would Warren not only have claimed Indian status, but been “very proud” of it? Her explanation rings true. Her parents told her that her grandparents had to elope. The great-grandparents objected to her grandfather marrying her grandmother because the latter was part Indian. Or so she was told. And she believed it. Why wouldn’t she?

It is likely true that when Harvard Law School was casting about to boost its diversity figures, Warren was happy to reference her Native American ancestry, which she likely genuinely believed. It did not appear to be a significant part of her identity, but in the identity-politics of a progressive law faculty, every little bit counts.

Warren’s case teaches us that what we know about ourselves depends to a very great deal on what we are told by those we choose to believe. Our identity is largely an act of faith.

Around Thanksgiving tables across the fruited plain today, grandparents will be telling grandchildren about their long ago childhoods, about their great-grandparents and even stories about generations before that. And the grandchildren will believe that they are being told the truth, without verification. Why wouldn’t they?

An act of faith is a decision to believe that what someone says is true because that person is trustworthy. When a friend says that he will meet me at noon for lunch at the Potbelly Café, I don’t insist on verification that he will be there. I trust him, so I believe what he tells me. It’s an act of faith. If, repeatedly, I find myself alone at the Potbelly Café while my friend is dining instead at the Quinoa Emporium, I will lose my trust in him and therefore not believe what he says.

In terms of our family history, there is little verification readily available. So we are inclined to believe those we trust to tell us about our past. My grandmother tells me that my great-grandfather, long-deceased, was a draughtsman. I believe her, and will pass that information on. It’s not verified. It’s an act of faith. Which doesn’t mean, of course, that it isn’t true, for faith is a way of knowing too.

Leave the politics of Warren-Trump aside. This Thanksgiving, as our American readers give thanks for faith, remember that faith is not only in God, but in others. And we all live by it.