The funeral of George Herbert Walker Bush – Bush 41 – at the National Cathedral in Washington was a moving affair. The eulogies were exceptional, and included the customary Reagan-Bush era Canadian content; Brian Mulroney also spoke at the funerals of Ronald Reagan and Nancy Reagan.

Mulroney, as is his custom, was both mellifluous and vainglorious. Indeed, so often did he speak about himself that he felt it necessary to throw in a bit of faux self-deprecation: “…even a man as modest as me.” He had at the ready a series of anecdotes in which he took the starring role, including a final one in which Bush became overwhelmed with emotion in Mulroney’s presence: “And at that, George with tears in his eyes as I spoke said, 'You know Brian, you’ve got us pegged just right.'”

But enough about Brian, and back to Bush.

Much has been written about him, including some observations of mine in the National Post, National Catholic Register and the Catholic Herald.

His funeral yesterday highlighted yet another dimension. He was buried as a president in the presence of presidents. The eulogists spoke of that, but principally they spoke of him as a man of faith and family, a statesman who was primarily a father and a friend.

George W. Bush – Bush 43 – spoke of a fatherhood which extended beyond his own brothers and sister, a fatherhood which included other men who became part of the family. Most improbably, this would come to include Bill Clinton, who defeated Bush 41 in 1992. He would later spend so much time with the Bushes, and would so readily profess his love for the elder Bush, that he took to calling himself the “black sheep of the Bush family.” Bush 43 in his eulogy said his family referred to Clinton and others like him as “brothers from another mother.” 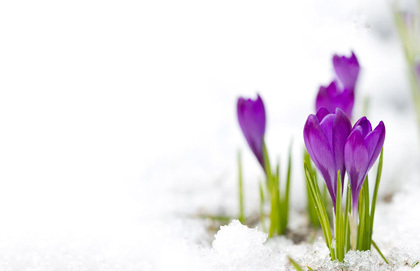 Which prompted a thought, because they can say that in the immediate family of the current, 45th President of the United States, Donald J. Trump. He has five children by three different wives; brothers from another mother.

Bush 41 was praised as a man of virtues that seem to have gone out of style – civility, courtesy, humility, service. He was also something that has nearly disappeared from our common life – a patriarch.

And another thought. George and Barbara Bush had six children. The three presidents who followed him had five children combined.

All the Bush descendants were there in the National Cathedral, save for Robin, who died as a little girl from leukemia. The grandchildren and great-grandchildren spilled over the pews on the family side of the nave. He was eulogized as the last of the greatest generation. He was also the standard bearer for the last of the generating generations.

George and Barbara Bush’s generation were the parents of the Baby Boomers. They were the ones who fought the war, got married and stayed married (73 years), had the children and built the nation. They had their first child in in 1946, George W., who would grow up to be the second of three presidents born in 1946 – Clinton was the first, Trump the third. The Baby Boomers have had a lock on the presidency since 1992. (It would still have been so if Hillary had won in 2016; she was born in 1947.)

German chancellor Angela Merkel was gracious enough to attend Bush’s funeral in person; paying a debt of gratitude that a unified Germany owes to Bush 41 for his steady leadership at the conclusion of the Cold War. Merkel belongs to a cohort of European leaders – France’s Emmanuel Macron, Britain’s Theresa May, Scotland’s Nicola Sturgeon, Italy’s Paolo Gentiloni, Holland’s Mark Rutte, and the European Union president, Jean-Claude Juncker – who are childless.

Some no doubt would have desired that it had been otherwise, but circumstances were not favourable to them. But the contrast remains. Bush 41 was praised as a man of virtues that seem to have gone out of style – civility, courtesy, humility, service. He was also something that has nearly disappeared from our common life – a patriarch. Astonishingly, the term – so long fallen out of use, or even used pejoratively – was used favourably in regard to Bush these last days without apology or embarrassment across the mainstream media.

Like any good thing, a patriarch can become corrupted into an oppressive patriarchy, just as fatherhood can become corrupted into paternalism. But the patriarch is a figure of cultural importance, the one who keeps the memory of the past and consigns the best of that patrimony to the next generation. It is a role both custodial and generative, oriented both to the past and to the future. A culture without patriarchs risks been trapped in the present. And for those with a biblical understanding of history, the patriarch is much more than a cultural figure alone.

A patriarch need not have a great number of children. The most important one in history, Abraham, had two, as did his son Isaac. But he became the father of a multitude by faith and witness. Every culture needs that faith and witness. Perhaps our time more than most, which is why we recognized something important passed in the death of George Herbert Walker Bush.

Our editor-in-chief wonders where one might go to find refuge from sexual politics, and discovers even refugees aren't being spared.

Writing days before the election, Douthat asked, “How did we get here? How did it come to this? Not just to the Donald Trump phenomenon, but to the whole choice facing us on Tuesday, in which a managerial liberalism and an authoritarian nationalism — two visions of the president as essentially a Gre...