Galileo is considered by some to be the physicist with whom the Scientific Revolution began. No one disputes that he was one of its prime movers. Yet he has remained a controversial figure, at least in the minds of Christians, ever since the day in 1633 when he was condemned by the Roman Catholic Church for teaching that the sun was at the centre of the universe.

Pope John Paul II partially rehabilitated Galileo in 1992, when he allowed that an inappropriately literal interpretation of Scripture had played a part in the condemnation. That admission also partially rehabilitated the Church in the eyes of her secular critics. But it did not bring about the end, or even the beginning of the end, of the alleged conflict between faith and reason in which Galileo and the Catholic Church serve as iconic symbols.

Whatever contrition the Church belatedly showed for her conduct in 1633, she will not easily shrug off her role as the unloved adversary in that larger conflict. But Galileo is no longer alone on the other side. He is accompanied quietly by what is considered settled science, and loudly by a host of secular pundits, village atheists and "new atheist" triumphalists who wrap themselves in the panoply of the Scientific Revolution, the Enlightenment and a supposed record of unfailing progress, in both knowledge and technology, stretching through the 19th and 20th centuries and producing these very pundits as its ultimate, most glorious fruit.

Many of us Christians would welcome a book on Galileo in which this silly caricature of intellectual history did not figure. Lawrence Lipking's account of the Scientific Revolution is such a book. It is also interesting, wide-ranging and unconventional. Whether it is the book we are waiting for, however, is less clear. Many readers, I suspect, will be as confused as I am about what alternative understanding of Galileo and his time Lipking is proposing.

Not that his pronouncements on the Scientific Revolution are too timid or too few. The weakness lies paradoxically in their breadth, boldness and prodigality. "In its style as well as its substance," the preface grandly tells us, "this book tries to imagine a world in which science, literature and art are not locked in separate compartments." Moreover, the book's subtitle indicates that it also explores the imagination of those scientists to whom we owe the Scientific Revolution. It is this double employment of imagination that muddles the message. 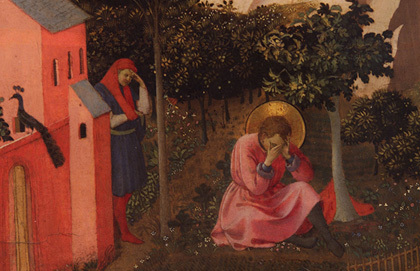 The Deformation of Reformation
Where We Came From
Physically Metaphysical

The cast of characters in Lipking's drama is huge. Though Galileo is the nominal subject of the book, and is mentioned throughout, he is the protagonist only of Chapter 2, "What Galileo Saw: Two Fables of Sound and Seeing." In that chapter, Lipking recounts with considerable authority and charm how Galileo's accomplishments in music, drawing and writing may have lent an imaginative shape to his theories, without which they might never have become the opinion-changing constructions they were.

The remaining chapters deal with a riot of topics and personalities, the selection of which can be attributed only to the author's own colourful and well-furnished imagination. Music and mathematics in Kepler, vision and natural history in early modern poetry, dreams in Descartes, life and death in Shakespeare's King Lear. In another chapter, the occultist Robert Fludd is consulted on the difference between truth and falsity, and his answer scrutinized by comparison with Dr. Samuel Johnson, the great 18th century lexicographer, and the polymath Sir Thomas Browne.

The penultimate chapter concerns priority disputes between Isaac Newton and Robert Hooke in connection with the invention of the "System of the World," embodied in Newton's Principia (1687) and regarded as the crowning achievement of 17th century science. Lipking's wide acquaintance with historical and critical writing on the Scientific Revolution comes most to the fore here.

Most of us have been taught to revere Newton as a figure towering in unscalable heights. "Nature, and nature's laws lay hid in night," we say with Alexander Pope. "God said, 'Let Newton be,' and all was light." But Lipking alerts the reader to serious scholarship arguing that Newton came down the mountain with not just the laws of physics but also a history of their discovery that he was less willing to disclose. First, in addition to the giants on whose shoulders Newton confesses to having stood, there are men of smaller stature, such as Hooke, who may also have played their part in his greatness.

Lipking also reminds us that originality was less prized in the 17th century than it is today. Jonathan Swift would write that a bee is greater than a spider: better than spinning cobwebs of reason out of your own innards is to gather out of every flower "honey and wax, thus furnishing mankind with the two noblest things, which are sweetness and light."

It is difficult to follow Lipking's mad ramble through great and minor figures, through twists and turns of what is often called the "age of genius." And Lipking even questions the appropriateness of the term "genius" and the hero-worship it implies. His path is difficult and, sadly, offers little reward to those persistent enough to follow it to the end. The final chapter, "Revolution and Its Discontents," is a learned survey of the various schools of debunkers and skeptics who adopt an arm's-length approach to the very idea of a "scientific revolution."

Early critics of Galileo, the ones who failed to "see" what Galileo claimed his telescope made visible, may have been too quickly dismissed for their lack of vision. The tradition of modern skepticism, inaugurated by Montaigne and deepened after him by figures such as Pascal and Hume, may give those first doubters of modern science a certain amount of theoretical legitimacy. Contemporary sociologists of science such as Steven Shapin, moreover, do their best to resolve Newton's trailing clouds of glory into the day-by-day institutional workings of scientific academies and communities.

Others say there was a great moment of scientific revolution, but it occurred much earlier or long after the 17th century.

Lipking's enigmatic book closes with a final riddle: "The meaning of modernity and the ways that modern people define themselves depend on the Scientific Revolution. If it did not exist — and perhaps it did not — its place would have to be filled by another story."

We wait for a good book on Galileo to take us beyond the juvenile picture of an unbridgeable gap between science and faith. Lipking's is not that book; it is what we get when an erudite professor of English romps in the gardens of science and philosophy.

The Deformation of Reformation

Where We Came From

What ideology underpins our modern ways of thinking? What impact does that have in human flourishing? Fr. Joe Mroz examines the relationship between the way we think and the philosophy that brought us here.