Provincial support for independent schools has tripled the percentage of students in the system and created collaboration that puts B.C. “at the leading edge of reform in Canada," the Director of Cardus Education, Beth Green, told a Vancouver-area audience this week.

“I describe it as education plus… forming graduates who carry with them a deep and expansive imagination beyond their own communities and employment aspirations,” Beth Green said during Wednesday’s unveiling of new data about the outcomes of public and independent schools on the West Coast.

Her message was delivered to 250 guests at Surrey B.C.’s Pacific Academy in the Mary Pattison Chapel, named for the wife of noted philanthropist Jim Pattison’s wife. Pattison, who turned 90 this month, supports the independent evangelical school of 1,500 students as part of a range of giving for health care, religious and educational projects.

Green noted growth of the independent system has produced a mix of achievement, opportunity and challenge. About 13.2 per cent of elementary and high school enrollment in British Columbia – nearly 100,000 students – is in the independent sector. In the 1970s, when provincial support for independent schools was first introduced, it was a mere four per cent. Green said that, unlike Ontario where only Catholic schools are taxpayer supported, B.C.’s public support for all independent schools leads to a collaborative approach that is difficult to achieve elsewhere.

The research report Cardus Education Survey 2018: British Columbia Bulletin was designed to provide solid empirical data on the outcomes of independent schooling as part of the broad mix of educational choices in the province.

It was based on interviews with graduates of British Columbia public and independent schools aged 24 to 39. The baseline, Green said, was the public school system and results among graduates of independent Catholic, evangelical/Protestant and non-religious schools were measured against that baseline. The report gauged factors related to family, post-secondary education and work. Further, it measured religious views/activity, social ties, volunteering and giving and recall of secondary school experience.

Green and her fellow researchers concluded that independent education is a "public good" because graduates of such schools are "just as likely – and often are more likely – than their peers in the non-religious public sector to cultivate diverse social ties." As well, they are active and engaged members of their communities, committed to the well-being of their neighbors and ready to give of both time and resources.”

The findings also indicated that:

“Building a community orientated to the public good does not happen without intent. The Cardus data clearly shows that intent in the independent school sector in B.C." 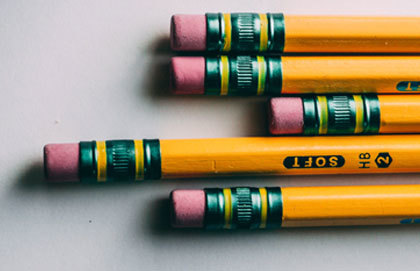 Not reflected in the research was the graduate activity of non-Christian religious schools – particularly those rooted in south Asian or Middle Eastern religions. Green earlier told Convivium that while the researchers recognized the strength of those systems, their growth had been a more recent development so there was smaller and less significant cohort of graduates to interview.

Zeroing in on specifics, Dr. Green said, among other factors, that:

A complementary research report will be released this Thursday on Ontario’s experience with support for independent schooling.

Green said that beyond the raw data there is a broader vision of hospitality toward the diverse language, religious, ethnic and cultural groups that make their homes in B.C., leading to an educational system intent on allowing parents to choose the type of schooling that’s best for their children.

“Building a community orientated to the public good does not happen without intent. The Cardus data clearly shows that intent in the independent school sector in B.C,” she told the Pacific Academy audience.

"The author of 'No One Way to School,' and Cardus Senior Fellow Dr. Ashley Berner, writes 'school systems that enable a variety of beliefs and pedagogies such as those in the Netherlands or many Canadian provinces (B.C. that’s you!) inform students that deep differences can be honoured in civil society.'

"Like Ashley I argue for this kind of educational pluralism because I believe it allows parents, regardless of their means, to exercise judgment over the formation and education of their children. I think that it honors teachers’ professional judgement and autonomy and places an important and necessary responsibility on school administrators to create community intentionally."

Green posed forward-leaning questions as well. In a future likely to be marked by even great opportunity, mobility and wealth for some, but also deep differences between us, the time is now to think about how to respond to the challenges the data present, she said,

“What pathways will your current graduates walk towards further education and employment? Are they ready for a future that is religious, in which the practice of religion is itself changing? And how will they steward their civic and social engagement?” she asked.