Last month at the 10th annual Manning Networking Conference in Ottawa, I had the honour of speaking on a panel entitled "Canada and the Mideast,” along with Shuvaloy Majumdar and Melissa Lantsman.

“Shuv” has served as the policy director to successive Canadian foreign ministers.

Lantsman has served as Director of Communications to the Minister of Foreign Affairs. Their deep understanding of Mideast Affairs ensured an interesting discussion, as did the well-versed audience.  I’d been asked to join the panel to reflect my experience, among other things, as first ever Canadian liaison to the Canadian-Iranian Community and the first Canadian MP to visit Iraq after the 2003 U.S. invasion.

During the question-and-answer period, one person asked what an individual could do to make a difference in the fight for human rights in the Mideast, a region snarled by conflict and complexity.

In any forum but the Manning Conference, the question would have seemed hopelessly naive. Consider the context. We had just discussed the seven-year descent of the Arab Spring into the Arab Winter. During that period, at least five Mideast countries had dipped into chaos, heightened oppression, or both.

Turkish forces had, in preceding days, unleashed a murderous assault against Kurdish forces, the same forces Canada and the U.S. were supporting in the battle against ISIS.

The Russians had only days before lost an SU-25 fighter jet over Syrian air space, triggering Russian air raids over that hapless country. Meanwhile, war clouds were gathering over Israel's northern border as Hezbollah concentrated armed fighters inside Lebanon's frontier, equipped with weapons supplied by Iran.

Even bleaker was the prospect that the military defeat of ISIS could actually have made things worse, driving the terrorists underground, and opening a new chapter in a "clash of civilizations".

"What can an individual do to help?" 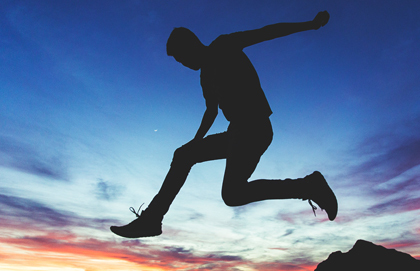 Salvation By The Young
2014 in Review: A Call for Civic Courage

The cynic would have laughed off the question, as we debated, safe and sound in Canada’s peaceful capital.

But the Manning Conference was a celebration of civic culture. Healthy civic culture has answers for people who want to make the world a better place, no matter how intractable the problems. Civic culture moulds people to believe they can make a difference, influencing public policy beyond politics and military intervention.

Speaking to the combined Houses of Canadian Parliament in 2014, the Aga Khan put it well:

By Civil Society I mean an array of institutions that operate on a private, voluntary basis but are motivated by high public purposes. They include institutions devoted to education, culture, science and research; to commercial, labor, ethnic and religious concerns; as well as professional societies in law, accounting, banking, engineering and medicine. Civil Society encompasses groups that work on health and safety and environmental matters, organizations that are engaged in humanitarian service, or in the arts or the media.

There is sometimes a tendency in the search for progress to focus solely on politics and government, or on the private, profit-making sector. And surely they both have roles to play.

Increasingly, I believe, the voices of Civil Society are voices for change, where change has been overdue. They have been voices of hope for people living in fear.

They are voices that can help transform countries of crisis into countries of opportunity. There are too many societies where too many people live in a culture of fear, condemned to a life of poverty. Addressing that fear, and replacing it with hope, will be a major step to the elimination of poverty. And often the call for hope to replace fear will come from the voices of Civil Society.

Civil society can unleash tremendous forces of hope, competence, unity, and peace.  And on the panel that day at the Manning Conference, we discussed some of the countless examples we’d observed whereby great and courageous Canadians have made a positive impact on the world outside politics and military intervention:

Never let anyone tell you that you are too young, too weak, too poor, or too inexperienced to make a difference in the lives of needy people. Identify your values and work with like-minded people to shine a light in other people's darkness. You will be buoyed by the power of civic culture. And in turn you will enrich Canada’s great civic culture, of which you are a beneficiary.

Weston, Lantsman, and Majumdar at the Manning Conference

John Weston is a lawyer focusing on Government Relations and Indigenous Affairs.  He served as Member of Parliament from 2008 to 2015.

2014 in Review: A Call for Civic Courage

Because now that our trust might be scraped away, what we should find below it is not cynicism or gullibility, fear or cowardice, but a courage, bravery, and a firm resolve that civil society does not cower in the face of unjust forces which seek its undoing. ...