Two developments in different provinces have brought into sharp relief the widening fault line between family autonomy and education-ministry agendas. In a landmark ruling issued on February 17, 2012, the Supreme Court of Canada upheld the constitutional validity of a Quebec school board's decision to deny exemptions from its Ethics and Religious Culture (ERC) program. The case was initiated by two Catholic parents who claimed that the board's refusal to exempt their children infringed on their freedom of conscience and religion. As a result of the appeal's dismissal, the ERC program, which purports to approach religion from a neutral, social scientific perspective, remains mandatory for all students enrolled in public and private schools in Quebec.

During the same week, the government of Alberta introduced Bill 2 in the legislature. While the bill died with the call of the provincial election on March 26, Section 16 of the proposed Education Act (designed to replace the existing School Act) was at the centre of dispute between parents and education bureaucrats. It read: "All courses or programs of study offered and instructional materials used in a school must reflect the diverse nature and heritage of society in Alberta, promote understanding and respect for others and honour and respect the Canadian Charter of Rights and Freedoms and the Alberta Human Rights Act." In an interview on February 23, a spokesperson for the education minister opined that under the act, home-schooling parents would be forbidden to teach within the curricula that same-sex relations are morally harmful. Parents would only be free to affirm such "ideology" outside academic instruction. Reacting swiftly, the Alberta Home Education Association denounced this statutory interpretation and organized a protest in front of the legislature, attended by hundreds. The minister's staff eventually backpedalled from its previous opinion, claiming it was all a misunderstanding. This did not reassure the Association, which is on guard against the new governement re-introducing the Bill.

While they may differ in purpose, Quebec's ERC program and Alberta's stillborn Education Act nonetheless share similar pedagogical features, united under the rubrics of inclusiveness, equity and diversity. Another example of the fault line between family and education bureaucracy concerns the Challenging Homophobia and Heterosexism: A K-12 Curriculum Resource Guide published by the Toronto District School Board last year. It disallows opting out of suggested "awareness" exercises such as class Gay Pride parades and readings of Pride literature in the junior kindergarten to Grade 3 levels. Teachers and administrators must not even inform parents of such activities lest such notification foster a "poisoned environment."

As critics have declared, these cases are but the latest instances of the growing reach of the State into the study chambers and dining rooms of the nation. These incursions call into question the nature of the family and the purpose of education in the liberal democratic polity. Who is the default educator of young people â€“ parents or the State? Are religious studies and sexuality education no different from other subjects?

We can identify two functions of parents, those of custodian and of trustee. Custodial oversight requires fathers and mothers to organize much of their lives around the child's development. A child needs food, shelter, instruction, discipline and protection, and all of these requirements generate corresponding duties. Parents are not the only parties invested in the welfare of their children, though. Society, for example, has an interest in the reproduction of the labour force and in the formation of virtuous, informed and engaged citizens. The State allocates and distributes physical and social assets toward these ends and expects a "return on investment." Parental decisions that remove from children the opportunity to become participatory members of society appropriately fall under the scrutiny of the State. So parents are in a position of trust to others as well.

Sometimes, the custodian and trustee roles conflict. A father may think it better, for his young daughter's spiritual well-being, to not allow her a life-saving blood transfusion. The State may deem this a violation of the father's trusteeship duties on the grounds that the body politic has an outweighing concern to secure the girl's eventual citizenship. In legal terms, the State serves as parens patriae (parent of the nation), a function affirmed in the English common law since the early 17th century. 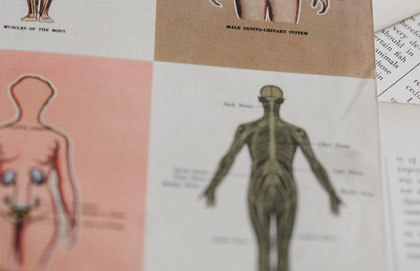 The Pornification of Sex-Ed

To some extent, however, tensions between the two roles can be dissolved internally. Because parents should want their children to become contributors to the common good, the trustee assignment can be seen as a reinforcement of the more fundamental custodial function. The good of the community depends in large part on the good of the family. The good of the family, in turn, is an extension of the good of marriage. By bearing children and nurturing them, parents acquire the first claim on their allegiance. In particular, the task of moral formation always belongs to the family, even when it enlists others' assistance in this.

Accordingly, in the sphere of education, the State should never be considered a power constituted wholly independent of the authority of parents.

The rights and responsibilities of the latter are only delegated to public schools, which are agents of parents, not substitutes. Even when we permit the State to replace parents in extreme cases, we do so not because we think the State has fallen short of its mandate, but because we judge that these parents have failed in their custodial obligations.

To affirm this primacy of family sovereignty is not to deny public schooling any real legitimacy. Rather, it is to acknowledge the former as the principal source and qualifier of the latter. The fundamental freedom to parent is rather like the freedom of association â€“ they both protect a moral space for following through on one's deepest convictions. Absent the physical or mental abuse of those involved, this space should not be displaced.

This is why the recent goings-on should alarm us. Edification about world religions and human sexuality is a prime example of moral formation.

As taught in schools today, these subjects are hardly disinterested presentations of "facts" removed from normative judgments. When, for instance, the Toronto District School Board guide suggests that sexual orientation be treated like any other curriculum topic, all the while insisting it is not challenging anyone's religious values, it is simply trying to reduce values to differences. How can the guide's presumption that all safe and consensual expressions of intimacy are normal and healthy not be viewed as a challenge to families who teach that sexual activity outside of heterosexual marriage is illicit for everyone?

The ERC program throws up a different but related problem. Back in 2004, the Committee on Religious Affairs, convened by the government of Quebec, expressed its intent that an ERC project would help students "better ground their identity by facilitating a critical appraisal of their social, cultural and religious heritage." Presupposed here is the fanciful notion that children and youth are capable of reasoning in some metaphysical vacuum, bracketing even the final ends posited by their family's religion. One need not be dismissive of young people's ability to think carefully and reflectively to be dubious of the possibility of such prescinding. When, for the purposes of analysis, a student endeavours to set aside the social, cultural and religious traditions that have thus far shaped his or her identity, exactly what is left of the person? A liberated self-chooser with no special attachments? We should not be surprised to find many parents deeply troubled by this procedural agnosticism.

Advocates of the new programs routinely accuse parents requesting accommodation of wanting their children to be ignorant, to be unexposed to the multifacetedness of the social landscape. No doubt, many families do wish to remain ignorant and unexposed; yet this accusation misses the point. At question here is how knowledge of differing realities should be communicated and who is in the best position to decide that. Religion and sexuality cannot simply be taught as "descriptive" subjects, akin to mathematics or science. If parents are entitled to pass on their understanding of good, then their preferences in these areas have prima facie weight. For this reason, the Alberta Human Rights Act referenced by Bill 2 enshrines the right to excuse students from school subjects regarding "religion, human sexuality or sexual orientation."

The family, it needs to be emphasized, is a nondemocratic institution. Parental relations are not established by contract, for what the parent owes the child is not so much chosen as simply recognized. The debt exists simply by virtue of being a parent. It is handed down from generation to generation, never extinguished. The continuity of the family, as Roger Scruton describes in The Meaning of Conservatism, is a "transcendent bond" maintained at a distance from the commerce of the free marketplace. When the State arrogates to itself an equal (or even greater) power to direct the moral consciences of children and youth, it falsely cloaks them with adult autonomy and disrupts the family's careful transmission of social capital. In deference to the good of family unity, policy-makers should protect notification and exemption rights in education when it comes to religion and human sexuality education.

The Pornification of Sex-Ed