As American families sat down to Thanksgiving dinner last week, they might not have chosen to talk about politics after a year in which politics was too much with us. At the same time, as they looked around the table at those who were present – and more importantly, those who were not present – they might have seen the deeper factors that have produced the prevailing political situation.

Last week, Convivium’s publisher looked beyond the immediate post-election commentary – “political banshee shrieking” as he characterized it – to the wider context, which he found in an op-ed piece by Mark Lilla in the New York Times last weekend about the need to end “the age of identity liberalism”.

At the risk of making it seem like Peter Stockland and I only read the New York Times, I would recommend another column that set an even broader context from Convivium’s favourite columnist at the Grey Lady, Ross Douthat.

Writing days before the election, Douthat asked, “How did we get here? How did it come to this? Not just to the Donald Trump phenomenon, but to the whole choice facing us on Tuesday, in which a managerial liberalism and an authoritarian nationalism — two visions of the president as essentially a Great Protector: a feisty grandmother or fierce sky father — are contending for the votes of an ostensibly free people?”

Douthat offers an answer from demographics. At Thanksgiving this year, the Douthat children will have no cousins to meet:

“My maternal great-grandfather had five children, four of whom lived to have families of their own. His son, my grandfather, also had five children, two sons and three daughters, who grew up as part of a dense network of cousins. On my father’s side, the families were a little smaller. But my dad was one of three siblings, meaning that I had six aunts and uncles overall. Then the social revolutions of the 1970s arrived. There were divorces, later marriages, single parenthood, abortions. In the end all those aunts and uncles, their various spouses and my parents — 12 baby boomers, all told — only had seven children: myself, my sister and five cousins. So instead of widening, my family tree tapered, its branches thinned. And it may thin again, since so far the seven cousins in my generation have only three children. All of them are mine.” 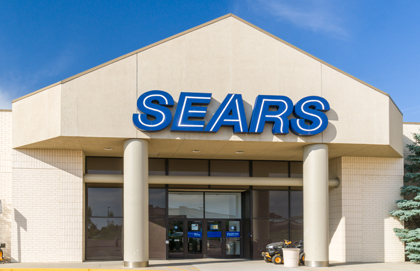 Sears Bankruptcy
Jean Vanier’s Human Communities
Nobody Babies
The decline of the basic unit of common life – the family – means that the security that the family provides needs to provided elsewhere, if possible.

The “post-familial” Douthat clan – only Ross has a family – is not at all rare. This has rather devastating effects on everything from education – empty schools in Toronto – to the church – closing rural parishes. But it also has its effect on politics.

“For a while, conservatives have worried that this revolution is a boon to liberalism, to centralization and bureaucratic control — because as families thin people are more likely to look to politics for community and government for protection. This idea is borne out in voting patterns, where marriage and kids tend to predict Republican affiliation, and the single and divorced are often reliable Democratic partisans.”

Some years ago, David Frum, if I remember correctly, wrote that the single woman – never-married or perhaps divorced – who works in the cubicle down the corridor adorned with pictures of her cats was the future of an ever-growing liberal constituency. Single people, especially women, feel vulnerable in a way that people in families do not. They look to the state for security. They vote for an expanding state. That was the pre-2016 view that spawned a thousand analyses predicting an emerging liberal majority. Douthat argues that in 2016, from Brexit to Trump, a new political response took shape in response to the insecurity of a post-familial world:

“While we worried about the liberal vision, our own ideological side was adapting to the family’s attenuation in darker ways — speaking not to singletons or single mothers, but to powerful post-familial anxieties among the middle-aged and old. [Their] sense of dread … bleeds easily into ethno-racial anxiety when the benefits of that imagined future seem to belong increasingly to people who seem culturally alien, to inheritors who aren’t your natural heirs. For this reason mass immigration, the technocratic solution to the economic problems created by post-familialism — fewer workers supporting more retirees — is a double-edged sword: It replaces the missing workers but exacerbates intergenerational alienation, because it heightens anxieties about inheritance and loss. In this landscape, the white-identity politics of Trumpism or European nationalism may be a more intuitively attractive form of right-wing politics than a libertarian conservatism. Right-authoritarianism offers some of the same welfare-state protections that liberalism offers, it offers tribal solidarity to people whose family bonds have frayed — and then it links the two, public programs and tribal consciousness, in the promise of a welfare state that’s only designed for you and yours.”

Politics is downstream of culture, as we like to say at Cardus, and Douthat’s analysis takes that approach. The decline of the basic unit of common life – the family – means that the security that the family provides needs to provided elsewhere, if possible. Since the social welfare programs introduced in the years following WWII the state has been at the ready to provide. The past year suggests that people might look to the state for something beyond social welfare and economic security, for a deeper expression of identity. That’s not new for authoritarian states, but a new development for democratic politics.

A lack of children is a cultural crisis so profound that it cannot be solved by politics. To the contrary, it will shape the environment in which politics will unfold. Historically, fear and hopelessness produced childlessness. Today the causes might be different, but producing a politics of fear and hopelessness. Douthat again:

“In either case, the demagogues of the future will have ample opportunity to exploit the deep loneliness that a post-familial society threatens to create. This loneliness may manifest in economic anxiety on the surface, in racial and cultural anxiety just underneath. But at bottom it’s more primal still: A fear of a world in which no one is bound by kinship to take care of you, and where you can go down into death leaving little or nothing of yourself behind.”

Douthat writes of the president as a “Great Protector”. One of the best analyses of the cultural changes behind the election was written back in February by Peggy Noonan. She explained the rise of Trump as the rise of the “unprotected”.

The establishment that makes the rules is protected – by money, by influence, by education, by family status (marriage) – from the rougher consequences of those rules. Mass, unskilled immigration is the flashpoint, but not the only one. The protected vs. the unprotected is how Noonan sees the shifting landscape, with a greater emphasis therefore on class than sex or race or even religion. The voice of the unprotected, so long ignored, is beginning to make itself heard. And what do the unprotected call for? A great protector.

What does the closing of Sears mean for the average citizen? Could it mean the loss of yet another physical space that facilitates our common life?