The Bible says, “The truth will set you free.”

But, as Oscar Wilde reminded us, telling the truth can also get us into trouble.

“If you want to tell the truth, make them laugh,” Wilde said. “Otherwise, they might kill you.”

Now I don’t know if I can provoke laughter. But I do want to share some truth that I’ve learned from politics and writing. A lot of it deals with failure so please don’t take this too personally and, in view of Wilde’s warning, please don’t kill me.

Though we fear failure, failure is as necessary to our success as it is inevitable. Furthermore, the fear of failure can immobilize us and rob us of doing the good things we’re wired to do, like writing.

My friend Claus Jensen, co-founder with me of the Canadian Constitution Foundation, reduced humankind’s motivations to two things: fear and sex. And since I have way too much fear to discuss sex, let me stick with fear – the fear of failure, and how to deal with it.

Let me ask how many reading this consider themselves writers? Now, another question. Thinking back on your writing career, how many can think of writing projects that failed? So we have among us some who’ve experienced failure.

If you want to read a great, funny, and short book about writing, you have to pick up Annie Dillard’s The Writing Life.

What’s stopping you from becoming a more adventurous you? It’s a key question to discovering how the fear of failure can paralyze us. It can paralyze writers. It can also paralyze politicians.

As she says, “I cannot imagine a sorrier pursuit than struggling for years to write a book that attempts to appeal to people who do not read in the first place.”

Dillard’s quote is an expression of the fear every writer has: “What if no one ever reads a word I write?” More broadly, what are fears that threaten to paralyze you from doing the things for which you’re made?

Some Canadian Christians may fear a sense of cultural defeat, as addressed so brilliantly by Don Hutchinson in his recent book, Under Siege. Don encourages us not to give in to “a sense of fear.”

I grew up fearing I could never measure up to my Dad for courage and strength. He’d been captured by the Japanese in World War II, worked as a slave laborer near the camp immortalized in the movie Bridge Over the River Kwai, suffered malnutrition and every imaginable jungle disease, and had his appendix removed by a doctor using only a razor blade. I was fascinated by his story, partly because he refused to talk about it. He died of a heart attack when I was 21.

A couple of years after Dad died, I made my first trip to Asia to find more about his story, an exploration that became my first book, Jade Across the Kwai. As yet unpublished, the book relates my Dad’s prisoner experience and his wartime romance with my mother.

By the way, you notice my first book hasn’t been published yet. Without getting into all the details, I tried and failed to get a publisher and haven’t yet gone to the trouble of publishing the book on my own. In that, I understand well the fear that Dillard expressed, that you write something that no one ever reads.

Never was such a blaze of beauty and fashion and literature as appeared next day at Mrs. Leo Hunter’s! There were hosts of local geniuses and, more than these, there were half a dozen lions from London – authors, real authors, who had written whole books and printed them afterward.

Charles Dickens would not have given me high rating, with a book that hadn’t been “printed afterward.” Maybe I wouldn’t even have qualified as a “real author.” 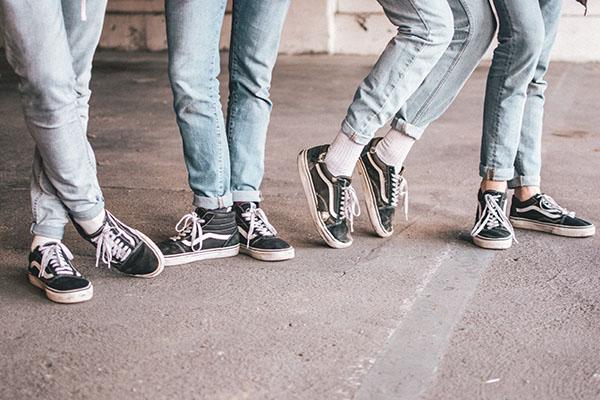 You don’t have to be very advanced in your writing career to have received rejections from publishers. They’re fun to save, just to see who has the most creative way of turning you down.

So my book about my dad has not yet seen the light of day, but my dad did emerge from prison camp, broke 1500 acres of land in northern B.C., won the world championship for alfalfa in 1958, and became a world renowned environmentalist. I’m proud of what he did, but wonder to this day if I could have survived the deprivations he suffered.

It’s odd to mix one’s admiration for a parent with the fear of failing to measure up to him. But it’s one example of how fear affected my life, and may relate to fears you harbour. In my case, the fear led to a positive outcome. With my Dad as a role model, I’ve consistently been drawn to other larger-than-life figures who have pushed me beyond my comfort zone, people who had in themselves a measure of the courage I so admired in my father.

People like Charlie Kirkwood, after whom I modeled the international law firm I established in Taiwan. People like author Bob Kelly, the distinguished multilingual businessman for whom I worked when he set up the Canadian Trade Office in Taipei. Bob’s a guy who has done business in over 60 countries and worked for our Foreign Service behind the Iron Curtain. He also kayaked across Canada, a feat described in his book, Solo. What’s interesting about his book is that he details not only some of his heroic exploits, but also the many failures that he faced.

Charlie, Bob, and other great figures in my life are people who have dealt with failure, managed it, drawn lessons from it, and actually profited from the lessons.

Now here’s a moment for reflection. I’d like you to write down a couple of the fears in your own life, not fears as a writer, but more generally, fears as a person. In just a moment, we’ll get to your role as a writer. For now, I’d like you to consider and write down what fears and potential failures are preventing you from taking a step in life that you’re considering.

What’s stopping you from becoming a more adventurous you? It’s a key question to discovering how the fear of failure can paralyze us. It can paralyze writers. It can also paralyze politicians.

Elton John sings, “Someone saved my life tonight,” a song about stepping back from an ill-conceived marriage proposal. He seems to say in the song that he narrowly avoided living a life that others wanted him to live, rather than the life that would bring out his creative gifts. He’d been living up to other people’s expectations, not his own.

By rediscovering poetry, I felt sincere, unique, and effective in communicating from my heart.

When you do, say, or write something truly authentic, you may have to endure fearful moments. But you come out stronger. For example, when you stand alone in the House of Commons to vote against your own party. Talk about a lonely moment!

I’ve always loved writing poetry. But when I was first elected, I was convinced of this image of an appropriate MP, one who gave Churchillian speeches but rarely smiled, and certainly didn’t write poems. I dropped my poetry and did my best to pursue a distorted, somber image of a good politician. By that I mean, someone who wasn’t me.

Happily, my former Pastor, Jonathan Michael, now a life coach, used a standardized test called the Birkman, and his own discernment, to review what I was doing.

“Why aren’t you writing poetry?” he asked me.

Jonathan convinced me it was wrong to sterilize the poetry out of me.

Now there are good reasons to fear failure. Your instincts may be telling you something. Maybe it wasn’t a great idea to mock the late Minister of Finance Jim Flaherty with my limerick that I read in a Conservative Caucus meeting one morning. But one false start shouldn’t necessarily deter us.

I suffered a retina detachment in the U.K. in July 2013, while accompanying my son Jake on his soccer trip. I didn’t quite know how to tell constituents that I was out of commission, with vision threatened in both eyes.

Poetry helped me communicate emotions and values in a way I could not achieve with an ordinary letter. The way I communicated to constituents was – you guessed it – with a poem, called Celebrate the Night. It was a whimsical way to suggest that a setback, like unexpected eye surgery, can open you up to unexpected benefits. In my case, the benefits included refraining from work, lying quietly, feeling the sunshine on my face, and listening to books on tape. Happily, things went better than my eye surgeon had feared.

Another time the poetry helped was when tragedy struck in my riding.

A few days before Christmas 2014, little seven-year-old Erin Moore got crushed and killed by boulders that rolled on her as she was hiking in Lions Bay, a few minutes from West Vancouver. As Member of Parliament, I didn’t know what to do or say. But as Paul Simon wrote, “I had my poetry to protect me.”

My poetic tribute, “An Angel-Size Void,” was read at the memorial service. It comforted the Moore Family and hundreds of mourners. Poetry prevailed where mere condolences would have sounded only dutiful.

What was the fear that challenged me concerning poetry? The fear that I’d fail to conform with some false image of a proper politician. I’m grateful Jonathan talked me out of that fear. By rediscovering poetry, I felt sincere, unique, and effective in communicating from my heart.

Take a minute pause for you to consider your own fears of failure in your writing. Specifically, take this time to list anything you’ve thought of writing but refrained, based on some fear. Large or small, letter, article, book or poem, list what you haven’t written and, secondly, what fear has stopped you from doing so.

Author and educator Paul Bennett reviews recent books and articles by Dr. Erica Komisar that have stirred a viral hornet’s nest. Komisar, a New York psychoanalyst, highlights the importance of parent-child attachment and argues that believing in God is so important to parenting, that those who don’t should “lie about it.”

Staring Down the 500 Pound Gorilla

In the second of a three-part Convivium series drawn from a workshop he led at the Christian Writers’ Guild in Ottawa, author, lawyer and former MP John Weston maps his own experience to help others overcome fear of failure and deepen our lived faith.