Canada’s long march towards violating Charter rights to free expression continues without any sign of political or media opposition.

Heritage Minister Steven Guilbeault’s campaign to suppress the Internet has now opened up on three fronts. It is no longer limited to hate speech, which is already illegal. He is now promising action against words or ideas that people, including politicians, find “hurtful.”

“We have seen too many examples of public officials retreating from public service due to the hateful online content targeted towards themselves or even their families,” Blacklock’s Reporter quoted him saying while discussing upcoming legislation in a recent podcast by the Ottawa think tank, Canada 2020.

He insisted the radical power to take down websites will be a necessary part of the tool box available to a new regulator required, in his view, to preserve democracy.

When he unveils details, the Minister will have the strategically significant backing of former Supreme Court Chief Justice Beverley McLachlin, who is part of the oxymoronically-named Commission on Democratic Expression - a Public Policy Forum panel. Its recent $650,000 report was largely funded by Guilbeault’s department.

“We all understand that speech is a wonderful thing and it should be allowed to be free as long as it’s not hurting other people,” McLachlin is quoted in another Blacklock’s report. “I guess the consequences ultimately would be to shut them (offending websites) down, which happens in non-democratic countries all the time.”

Canada need look no further for inspiration than China where, coincidentally, that country's cyber regulator this week launched a crackdown on those who would “distort” reality about the Communist Party’s history.

The Guardians of the Public Good will, therefore, have to hire hundreds if not thousands of supporting bureaucrats just to answer the mail.

McLachlan added that traditional dangerous speech remedies are too slow and must be replaced with extra-judicial regulators delivering verdicts swiftly as - according to the Commission’s report - “legally sanctioned guardians of the public good.”

Neither McLachlan’s comments nor Guilbeault’s hint at any understanding of the size of the task at hand. Both seem open to the idea that the public sector can manage online behaviour more efficiently than is already done privately. 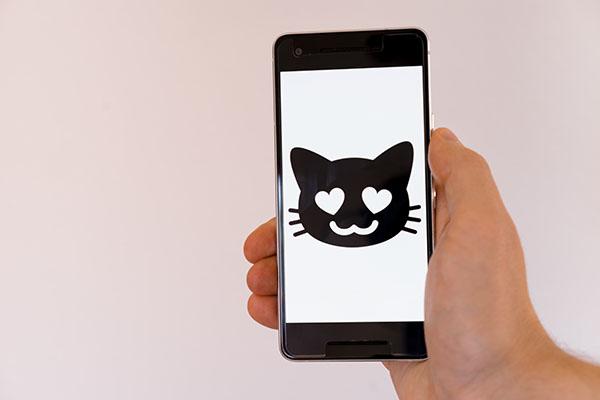 Facebook and Twitter deal with millions of complaints daily; hundreds of millions annually. Ditto for Google, which recently reported it declined to act on a complaint from a Canadian politician demanding the removal of a blog critical of his policies.

The Guardians of the Public Good will, therefore, have to hire hundreds if not thousands of supporting bureaucrats just to answer the mail.

And while hate and harm are not new, and are already defined in the Criminal Code and civil law, hurt feelings are matters that, in 2021, are self-assigned. In other words, no matter the intent of a comment, if it causes one’s feelings to be hurt it is hurtful.

This dynamic adds to the complexity of differentiating between the trivial, the ticked off, and the truly troubling.

Bullying, stalking and racist abuse are already matters in which police can - or could - be swiftly engaged.

I, on the other hand, rise daily to the morning news at 6 a.m. By 6:08, my feelings have been hurt and I’ve likely heard at least one public official say something that turns out to be untrue.

My fawning Facebook posts regarding the Royal Family are repeatedly subjected to distressing derision from an Irish republican who disguises himself as the editor of a website (up the Republic – the editor). The promised new standards, ridiculously, open the door for me, and millions like me, to seek justice.

Guilbeault’s first assault on the Internet freedom that Canadians have enjoyed for three decades is already well underway. It involves Bill C-10 and its expansion of the Canadian Radio-television and Telecommunications Commission’s (CRTC) powers to rule over the entirety of the online world, including news, magazines, and religious commentary.

Bullying, stalking and racist abuse are already matters in which police can - or could - be swiftly engaged.

Assuming C-10’s passage, all communication on the Internet in Canada will take place only with the permission of the State. The Official Opposition Conservatives are the only ones likely to vote against C-10, but their objections are technical rather than philosophical.

The second front involves forcing “web giants” such as Facebook and Google to subsidize Canadian news publishers for, as near as anyone can tell, providing them with free platforms upon which to distribute the failing products they have themselves refused to invest in for 20 years. (It makes no sense unless you want to be popular with media organizations that believe their existence depends upon your re-election).

With the laudable but lonely exception of a few journalists such as The Globe and Mail’s Andrew Coyne, there is no notable wave of objection among journalists to becoming wards of the State. Not surprisingly, there is no stomach either among opposition parties for making this a hill for them to die on.

Which leaves freedom of expression, conscience and common sense, all abandoned, to die alone.

No Easy Solutions for Journalism’s Woes

Cardus’ Daniel Proussalidis marks National Newspaper week by speaking with independent journalist Jen Gerson on what the future holds for newsgathering in Canada.