If a flea lands on a rhinoceros does anybody feel it?

Let’s take that as our text for an introduction to microaggressions. Have you suffered a microaggression lately? You probably don’t know. At the very least, you are really not sure. And if you have, and do know, and you are a normal human being, you really do not care.

It’s in the “micro” bit that the answer lies. From the very best dictionaries, those who wish to may learn that “micro,” coming from the Greek mikros meaning small, little, petty, trivial and slight, means, well, all of those. It is not, as in the folk fable of old, the pea under the mattress. A microaggression is a micro-pea, and the intervening mattress is pure granite. To feel the micro-pea you have to strive and strive some more.

If you had suffered a microaggression, you would not have noticed because it was “small,” “trivial,” or “slight.” And if you had noticed it you would not care, or care to tell others about it, because it was “petty.” You would not like to be seen as a simp, or a grouch, or an over-privileged, high-strung whiner most likely attending one of a long string of North American universities, whose only function these days is to explode gender identities, provide hugs and hot cocoa for coddled inmates, and perform a total mockery, under the banners of diversity and sensitivity, of the entire intellectual tradition of the West since Aristotle and Plato.

It is out of microaggressions that emerged the most ludicrous concept lately to emerge on campuses, that of “trigger warnings.” Trigger warnings are verbal or written flags put on courses or lectures that might alarm the very sensitive, or on reading material or novels that might send the unwary into coma.

It is the Here be Dragons signage of our modern degree-granting kindergartens, and bubble wrap for perpetually wounded Social Justice Warriors.

You do not want the 21st century’s would-be-intellectuals to start reading Pride and Prejudice without the traffic-light scarlet letters warnings that it is Heteronormative, Heterosexist, Colonialist, Eurocentrist, Masculinist, Imperialist, White Privileged and Misogynist. Who can count the ways that a collision with Jane Austen’s mercantile marriage-tract hymn to the defunct capitalist, Christianist patriarchy - absent the requisite trigger-warning sirens – will throw the juvenile progressive mind into tempest, turmoil and trauma? 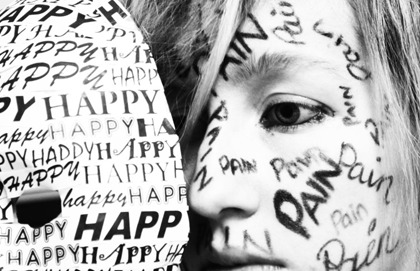 The Conversation
Not My Rights Movement
Fields of the Lord
Professor Jordan’s position in its essence is very plain: He says he will not use words that others insist he must speak, most especially in place of words he wishes to use.

Austen, Milton, Shakespeare, Homer, Plato, Donne or T.S. Eliot – the immortal scroll of high Western literature contains not a name that is not a life-hazard to the unprepped progressive mind. And so it is that every modern university of any honor whatsoever must surround each one of them with beacons of alarm and caution lest unwarned to their treacheries and horrors, the young eager mind should encounter their sodden beauties and trauma-searing intellectual power fresh, unattended, and open-mindedly.

Hence it is that in the modern university a reading of the Authors of the Ages resembles nothing more than an accident or a crime scene, with the yellow-taping of trigger-warnings and sensitivity-alerts, and patrols of Social Justice Police holding the passersby away from the threat to their safe spaces, warding off injury to their fragile identities and most of all to the their precious cargo of unexamined pre-dispositions, their puerile assumptions, and gorgeously jejune, ridiculously unchallenged self-esteem.

It is into this mutation of the university experience that the curious case of the pronoun protest, and the (now near famous) fierce storm ignited by University of Toronto Professor Jordan Peterson made its entrance. It is a case that, in its outlines and its details, is a near perfect parable of the whole strange turn that so much of North America higher education has taken.

Jordan Peterson is that rarest of rare specimens: a professor on a modern campus who thinks about questions of moment, evaluates the philosophy from which current issues emerge, real and factitious (for there are two kinds of issues, and the latter, sadly, vastly predominate). He then relates them to his role as a guide to the education of the young, and the role of the institution in which that role is executed, and on the basis of his thinking and reading, makes a case, and makes that case in public, for what he will say and do on those issues.

On one cardinal issue, that of free speech and its relationship to the university and to society at large, particularly a society situated in a democracy, he quite famously determined that he was unwilling to oblige a certain strand of current thinking. Such thinking would make mandatory for him, and others, acceptance of a list of novel gender designations, new pronouns, which have exfoliated to a luxurious 50 previously unheard of appellations added to our modern lexicon of political correctness.

Professor Jordan has no objections, as far as I can tell, towards what others may say or do, as long as it is voluntary, on this – in itself – micro issue. But he is very clear on what he will not do. He will not accept the insistence of others, in this case from activist proponents of transgenderism, and more significantly from the authorities of the University of Toronto, and the Ontario Human Rights Commission. Professor Jordan’s position in its essence is very plain: He says he will not use words that others insist he must speak, most especially in place of words he wishes to use. He will refer to men as “he” and women as “she.” He will not, in his professorial capacity, bend to the dicta of the spirit of the age, which he sees springing from an activist and ideologically intended project, conducted via a warping of the language, on the say-so of the loudest and most trendy voices.

Universities have a public role. They are, or rather in the modern context should be, guardian-cultivators of the intellectual health of their countries. They hone the intellectual skills of their members, educate each fresh generation into the ideas which have produced our ‘present,’ refresh the traditions of inquiry, and introduce to the tabula rasa of every freshman mind the origins and dynamic of progress in the human tradition.

They won’t meet that role with “safe spaces” or closing down every challenge to the sorry stockpile of ‘progressive’ doctrine. Or, with forced or willing genuflections to the current idols of “diversity” and “inclusion.” (The fretful doublet of “diversity and inclusion” is no longer tethered to any recognizable lexical or semantic field. It has the character of an incantation.)

I see Professor Peterson’s exercise on behalf of free speech, as I see his challenge to the enforced conformity of the present day university, as a necessary corrective to soft, slow, but almost inexorable drift towards the idea of education, not as it has always been and must be, as addressed to mind and intellect, but rather as an emotionalized and ideologically laden instrument of ‘healing’ and ‘social justice.’

It is also a challenge to his fellow professors, or certainly to those of them who do not see, and do not wish to see, the worlds of sex, language, learning and life, as complex, various, infinitely textured, and truly different for every individual. It is a challenge to administrators and university presidents who, tacitly or explicitly, seek to shut down every rupture with the progressive consensus, by shrinking the great, broad vision of Western thought and speech, to the present moment’s mania for the right thought and the right speech.

Not My Rights Movement

Will a small group of post-modern activists force us all to change our language? Will doctors be forced to treat gender dysphoric kids with puberty blockers and cross-sex hormones? Will the public go along with people using the change room of their choice? Will women accept more and more boys and me...

Fields of the Lord

Joanna Geck learned through personal struggle that neither failure nor success has to define her. It’s the undying love of God that defines her, and who shapes her identity.