Keeping the reality of the Holocaust at the forefront of memory is essential to our continuity as a society of generally civilized people. For non-Jews to forget what was done to Jews just because they were Jews would be to drop into the blackest moral and spiritual abyss because it would be an abdication of our share of responsibility. Yet memory by its nature abstracts; and when the abstractions of memory become history, they run the real risk of being intellectualized. They become features of debate, not signs of reality.

Historical debate is crucial, of course. No sane person would contend otherwise. But it is also important to the process of memory, abstraction, history and argument to recollect the rawness of what happened not just in terms of oppositional fact patterns but in the deepest parts of the souls of those who were there, and in the souls of those to whom the event has been passed on as an essential aspect of identity, of continuity.

Below is one such passing on, re-told by Montrealer Gina Rubinsky to her synagogue for Yom Kippur, 2012. It compresses the whole horror of the Holocaust into a minimum of words (abstractions) with stunning simplicity and beauty. It leaves us with the memory of the cry of the persecuted human heart across all human existence: "I am strong; I can work." Most important is the reality that these words did not come from all humanity but from the lips of a 12-year-old Jewish girl facing death just for being a Jew. That, we must not ever forget.

As a Christian, as a Catholic, at sunset on September 13 this year, as my Jewish elder brothers and sisters in faith once again begin Yom Kippur, The Day of Atonement, I will remember. I hope Convivium readers might take a moment to do so, too. 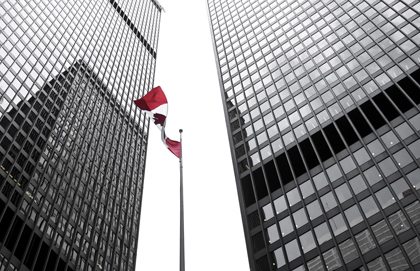 In the winter of 1943, my mother and grandmother were taken from a labour camp in Poland to a train transport on its way to Birkenau. My mother was 12 years old; my late grandmother, 37. Until they were found, my grandmother had succeeded at keeping her family alive in the confines of a one-room apartment in the Srodula ghetto. Their time had run out.

Upon arriving at the concentration camp, late at night, they confronted the horror of where they were and the selection process, orchestrated by none other than Joseph Mengele.

Naked, they stood in line, awaiting their fate. My late grandmother, aware of what the significance was of being motioned to the right or left (right meaning life; and left, the gas chambers) turned to my mother, explained what she understood and said to her, "When he speaks to you, try your best to get sent to the right side."

My mother, blond, taller than average for her age, approached Mengele and was only capable of looking down at his perfectly polished black boots. She stood there shivering as he motioned to the left with his hand. She mustered all the courage she had and replied in impeccable German, "I know what the left side means. I am strong; I can work."

He paused for a brief moment, shocked, maybe even amused, and after what felt like a very long moment for my mother, said, with a wave of his hand to the right, "This time you'll go to the right side." She ran into her mother's arms, both overwhelmed by tears of relief and pure love for each other.

So today, on Yom Kippur, following 10 days of teshuva and introspection regarding our lives, this story symbolizes for me the gift of life and the power to choose life in all the ways that are meaningful to us.

It also speaks to me of the incredible courage of the human soul to never give up, to have faith and to take action even when it feels like it's the most difficult thing to do.

Wishing you all a Shana Tova.

McGill Professor Douglas Farrow finds a moment of clarity in a Conservative MP’s shout across the House that abortion is “not a right” in Canada. But whether that will lead to clearer understanding, or only further obfuscation, remains to be seen, Farrow says.

The Justice of Unfairness

Accusations of sexual misconduct might lead to seemingly unfair consequences but justice must err on the side of victims, Father Raymond de Souza argues.

Legal changes around drinking and driving (supported by Mothers Against Drunk Driving) passed in 2018 criminalize Canadians who've done nothing wrong, say some defence lawyers in Ontario. Convivium publisher Peter Stockland sees this as part of a larger trend of groups that initially come into existence to gain a given end soon end up making their continued existence the reason they continue to exist.