The rumbling and crackling of the ice, punctuated by the fervent cries of the skip, ringing sharply off of the steel rafters above. The swift sound of the friction between the vinyl broom heads and the pebble fades as the stone comes to rest softly in the house. The subtle hum of the refrigeration units and dehumidifiers, and the buzzing of the overhead lights.

These are the echoes that fill the cool air in ice sheds across the country as Canadians young and old, from grizzled veterans of bonspiels past to aspiring Olympic hopefuls, engage in that oh so quintessentially Canadian winter sport, the one not involving sticks but brooms, not aiming a rubber projectile towards a net but hurling a polished rock of granite towards the button: curling.

As many young Canadians do, I grew up mesmerized by the physics-defying shots, the mysterious lingo, the brilliant strategy, as I watched our country’s top curlers compete on television for curling mastery in fabled tournaments such as the Brier and the Scotties.

When I arrived in high school and found out that my school had an intramural team that curled at the nearby winter club, it was not long before I found myself learning the in turns and out turns of delivery, sweeping and shot calling, under the guidance of my school’s energetic young physics teacher.

There we were, every Wednesday evening, from the time that the clocks turn back to the return of the springtime buds, anguishing over precision shots that we knew we could never make, and celebrating as that heavy draw somehow turned into an impossible double-takeout.

Like many good things in the life of a young teenager, it was a ritual I assumed would always be there: the bus ride to the winter club, warming up to the inspiring sound of ABBA, stepping out onto the ice, sliding out from the hack, the coin tosses, the exchanges of “good curling” and handshakes…. Of course, it would always be there, all of it, forever. 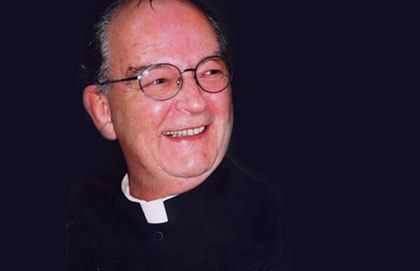 When I delivered my final shot during my final game in high school, little did I know it would be the last time I would do so for seven years. As I launched out into a journey that would take me to a rural college in the eastern U.S., I realized that opportunities to curl were not as ubiquitous as they are north of the 49th parallel. As snow fell and ice froze along the long, straight pathways that crisscrossed my college’s campus, I would remember those long, straight sheets of ice I slid and swept upon in more youthful days: days that no longer were. During that time, I found out that the winter club where I had spent so many days during high school had closed its curling rink, to be replaced with, sigh, yet another hockey rink.

There’s something distinctly liturgical about sports, and this is especially true, I believe, of curling.

Even more heart wrenching, I heard that my young teacher, whose eyes had always twinkled with an energy even brighter than his shock of red hair, had succumbed to cancer. I discovered that the things, the people we naively assume in our youthfulness will always be there, may not be.

Years later, I was a young teacher at a Catholic high school for boys in the postage-stamp U.S. state of Delaware. It was during the 2018 Winter Olympics, and as my American colleagues and I exchanged light-hearted pronouncements about our own country’s winter sport superiority, I found myself dreaming of getting back out on the ice. If only there were a curling club nearby. But would I find one in Delaware, of all places

Sure enough, there was an arena club that played on the worn, carved surface of hockey ice. I remembered my own young teacher whose passion for curling was shared with budding young students such as myself. If I were to get back onto the ice, I wanted to share it with others, just as he had shared it with me. I got together with a fellow teacher and some interested students to take part in an instructional league. They slid out onto the ice for the first time, and I looked down the sheet to take aim at the broom head for the first time in seven years.

There’s something distinctly liturgical about sports, and this is especially true, I believe, of curling.

The feeling of being at home, whether being at an ice sheet in North Vancouver, Delaware, or Washington D.C., where I have curled this past year, has an uncanny similarity to whenever I step into a church, wherever I am. When I’m crouching in the hack preparing to deliver my stone, staring down the ice towards the house, I am reminded of being an altar server at church, staring down the long nave towards the altar and sanctuary. The written and unwritten rubrics, the special language, the ritual, all has an air of liturgy about it.

I’m not saying that sports are a substitute for going to church. If it’s a choice between a Sunday morning draw or Sunday Mass, I’ll pick Mass every time. But as a professor of mine once said, we must not despise the imperfect for the sake of the perfect. I believe there is a real, albeit imperfect, analogy between the liturgy of sports, the liturgy of life, and the Christian liturgy.

All Christian liturgy is built around the command of Christ, "Do this in remembrance of me."

This remembrance is anamnetic in character. It is not a passive calling to mind of some moment in the past. It is the active putting into practice, in the here and now, of what has been handed on to us. The Christian liturgy is a sign that behind the exterior signs of a seemingly ordinary action, the taking, blessing, breaking and giving of bread and wine, stands a person, the person who is the source of every good thing. The sacraments remind us that all good things in life ultimately come from a personal God who gives us his signs of his unending love.

Therefore, all good things, all good actions in life, while not in themselves sacraments, are sacramental in character. They, in their own way, point to the truth signified in the Christian liturgy: all good things do not stand alone by themselves but come from and lead us back to the person who gave them to us.

“Do this in remembrance of me.” Whenever we engage in actions that we find full of life and meaning, if we reflect closely on what we are doing, we remember that behind them stand persons who first taught them to us, the persons with whom we have taken, blessed, broken, and shared these actions. If these persons have passed, we can engage in these actions in their memory, by handing on to others what they first handed on to us. While my physics teacher is no longer present with us, I can remember him by sharing the joy of curling with those whom I encounter in the here and now.

Of course, the liturgy of sports, as with all earthly liturgies, is insufficient. It is an image, a real one yes, but incomplete one, of the heavenly, eternal liturgy that is made present to us when we celebrate the Christian liturgy.

While all earthly liturgies must cease – the ice melted after each season; the teams dispersed – there is one liturgy that endures: the sanctuary, or the rink, if you will, not fashioned by human hands.

All earthly liturgies are meant to point to the end, to the personal God from whom all good things come, who stands waiting for us, who we pray has gathered around himself all who are dear to us and who have already hung up their brooms for the final time.

As we bustle into the new year, leaving the old on ice, as we go about shot calling, sweeping, and delivering in the liturgies of our everyday life, may we through them always “hurry hard” to the “house” in which dwell the Father, Son, and Spirit, our true home.

Of First and Lasting Things