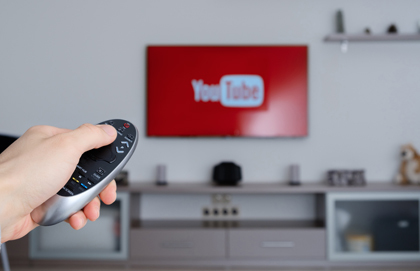 Noise complaints don’t usually make international news, but a YouTuber by the name of Jake Paul has been making headlines this month for really ticking off his neighbours. The internet-famous 20-year-old consistently pulls stunts like burning furniture in his backyard and riding his dirt bike into his pool. We know this because he films it and posts it all online.

On top of the noisy shenanigans, Jake Paul openly shares his home address with his nearly nine million YouTube subscribers. As a result, screaming hoards of young fans congregate along his street, hoping to glimpse the star and his friends.

In short, no one blames the neighbours for considering a class action public nuisance lawsuit.

A couple of questions come immediately to mind: Who is this kid? Why does he have two first names? Why do 11 million people regularly watch his antics?

Jake Paul is not an anomaly. Understanding his popularity is important because he’s one of many self-made stars who have shifted the entertainment industry over the last few years. There’s a new type of celebrity, called influencers and creators, who have achieved do-it-yourself fame. No agents or contracts – at least not at first – just a camera, a determination to build a fan base, and a pinch of clickbait. Amateur videographers are becoming multimillionaires by filming pranks, makeup tutorials, video game playthroughs, and their daily lives.

The rise of YouTube as an entertainment hub began a decade ago when it was merely a hodgepodge of cat videos and biting babies. The critical change for the website was the implementation of advertising in 2007. With money to be made, people started creating content consistently.

A perfect storm followed for YouTube. The Internet got faster. Handheld devices could play videos. YouTube meant people were no longer limited to the TV schedule for video entertainment. This especially appealed to younger audiences and the parents who no longer had to look at the same screen. There are even YouTube channels devoted to toddlers. (One YouTuber made $4.9 million in 2014 by unwrapping toys in front of a camera.)

Watch the videos of some of the most famous YouTubers, and one of the first things you’ll notice is that they would never make it to television. On paper, what they do shouldn’t work (I repeat: unwrapping toys).

And what we’re seeing is a group of people that has made the choice to post their lives online, in full or in part
Related Stories

YouTubers need not convince anyone that their idea will take off, or secure funding. They make their content and post it. If it’s bad, they’ll be ignored and fade into oblivion. If it’s good, their subscribers will grow. They’ll build up their advertising and start selling merchandise. If they make it big, they start to look like any other celebrity: they’ll tour, write a book, score a record deal, make a movie, or maybe be signed by Disney.

Which brings us back to Jake Paul. And others like him.

For Jake Paul, the fuel for his fame is doing crazy antics that everyone else dreams of being naughty (or rich) enough to do – but love to watch for the vicarious thrill. Questionable entertainment is nothing new, from coliseums to Kardashians. It’s entertaining as long as the drama isn’t unfolding in our lives (which is unfortunate for Jake Paul’s neighbours). So we watch strangers climb skyscrapers and eat excruciatingly spicy peppers.

Since more subscribers and viewers increase advertising profits, many YouTubers like Jake Paul push the limits in order to attract attention. In this video [warning: language], a YouTuber spends $5,000 to fill his house to the brim with packing peanuts. As indicated in the video title, this got them evicted. The same group of vloggers got evicted for filling their pool with over 1,000 pounds of dry ice. Funny to watch, but somebody please give their landlords a hug.

Last month, a tragic example of pushing the limits unfolded when a Minnesota couple tried a stunt with a gun. As their subscribers grew into the thousands, the boyfriend-girlfriend duo wanted to try a dangerous stunt “because, we want more followers.” While filming themselves, the 19-year-old woman fatally shot her boyfriend in the chest, thinking that an encyclopedia would stop the bullet. Accounts show they had no interest in trying this except to gain online attention.

In the aftermath of his neighbours’ complaints, Jake Paul has posted several videos, which are overdramatic and ungracious. In a video, he accuses his neighbours of trying to kill him by loosening the wheels on his van. If true, this is something he ought to share with the police and not with the audience that has been given the street location of the accused. He has filmed his conversations with his neighbours without their consent, which is illegal in the state of California. He also decided to climb onto the van of the media outlet covering his story. All this attention is just more content for his channel.

Jake Paul and the rest of the YouTube community are called influencers for a reason. And what we’re seeing is a group of people that has made the choice to post their lives online, in full or in part. Some are filming themselves burning mattresses, vandalizing their apartments, and disrespecting news reporters. Others vlog their daily lives, including their relationships, their homes, and their children – who don’t yet understand that their childhood is being shared with the world.

The community of YouTubers who make a living from their videos is diverse, but a prominent theme is holding little back from the camera. Even those who film content separate from their personal lives will start a second channel in which to share those details. Alfie Deyes, a prominent YouTuber, recently shared the downsides to living an online life, stating that fans use his regular social media updates (as well as those of his girlfriend and fellow YouTube star Zoe Sugg) to figure out his schedule. States Deyes: “I swear they know more about my movements than I do. They’ll turn up to train stations and hotels I’m due to check into.” Deyes is his own paparazzi, sharing every detail of his daily life.

On one hand, the self-made nature of YouTube allows the stars to use their platform to share positive messages about issues such as anxiety, depression, and body image. This new wave of celebrities aren’t afraid of “getting real.”

But that same realness can communicate some dangerous ideas of what daily life can or should look like. Not just ideas of driving a dirt bike into a pool or chomping into a ghost pepper. More dangerous is the idea that zero privacy is normal. Or the idea that filming yourself and sharing intimate details about your life comes without consequences. Future landlords, employers, and loved ones can pull it all up with a couple keystrokes. Deeper than that, broadcasting your lifestyle appears exciting, but it weakens the power of sharing for the sake of building trust and community. Those who get caught up in social media perhaps get a taste of the feeling: the constant comparison, the nagging feeling that an unfilmed moment is a wasted one. Life is meant to be shared, but not to offer entertainment value. Don’t try this at home, kids.