The basis of the LSUC's decision and virtually all the objections to TWU graduates being licensed to practice law in Ontario stems from TWU's Community Covenant which pledges students to abstaining from certain activities and behaviours during their studies including the viewing of pornography, the possession or use of alcohol on campus, and "sexual intimacy that violates the sacredness of marriage between a man and a woman." TWU's opponents and a number of LSUC Benchers argued that the Community Covenant is discriminatory towards the LGBT community and that there is no place in Canada for a law school that holds these traditional Christian beliefs.

As a lawyer whose practice largely focuses on religious freedom, I'm shocked at what I believe to be a total disregard for the law. As a member of the LSUC, I'm embarrassed and concerned. 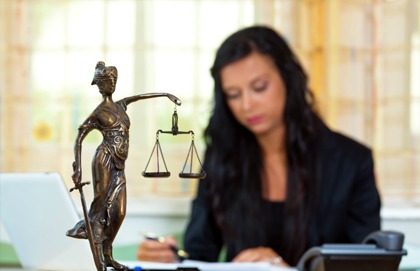 The Secular Democracy and its Victims
Doctor's College Needs Political Attention
The York University Question: It's not about sex—it's about the law

I'm shocked because the issue of TWU's Community Covenant has already been ruled on by the Supreme Court of Canada. In 2001, the Court ruled in Trinity Western University v. British Columbia College of Teachersthat the British Columbia College of Teachers had no legal justification for refusing to accredit TWU's graduates on the basis of TWU's Community Covenant. The Court found no evidence that TWU's students, who had signed and abided by the Community Covenant, demonstrated any discriminatory behaviour in the exercising of their duties as teaching professionals.

I'm embarrassed because this vote was made in spite of presentations made by a number of Benchers, some of whom noted their disagreement with TWU's Community Covenant but recognized that the law protects and affirms TWU's right to exist and define the parameters of its belief and community. The issue was voted on by 49 Benchers who are tasked with accrediting individuals to practice law in Ontario, yet they disregarded the law themselves. This body, which is responsible for regulating the practice of law in Ontario either does not understand the law or does not care about the law. One then wonders why lawyers are so often despised.

I'm concerned because although my law degree comes from the University of Ottawa, I am a Christian and I believe many of the same things TWU students and faculty believe. Does that somehow disqualify me from practicing law in Ontario? TWU's position on sexual relationships is grounded in the Bible and is part of the institution's—and its members'—sincerely held religious beliefs. That being the case, this vote against the accreditation of TWU graduates to practice law in Ontario equates to religious discrimination.

What is next? Will the LSUC survey its members, yours truly included, to determine each one's view on certain social or political issues and then determine if they are eligible to practice law? Will LSUC disbar or refuse to accredit those whose undergraduate degree was issued by TWU?

What about individuals from other faiths which hold a traditional view of marriage and sexuality such as those from Christian, Judaic, Islamic, Bahá'í, Mormon, Sikh, Zoroastrian, and Jain backgrounds? Will they be allowed to practice law in Ontario?

The real issue here is whether Canadian Christians should be excluded from the practice of law. Do we, as a society, endorse a faith-based test to practicing law? Because apparently the LSUC does.