A country divided in blue, red, orange, turquoise and a splash of green. The top-two parties’ popular vote divided with a margin of a mere 1.4 per cent, other ballots cast towards a split up of three other parties, radically different and yet, unequivocally popular. This is the make-up of our Canada: divided, polarized, torn in multiple different directions.

With the division an acute sense of discouragement may come from some, relief from others. Much uncertainty in the air, accompanied most certainly by some fears of division as the separatist attitudes in Western Canada and Quebec surge.

Meanwhile in the Catholic Church, the Amazonian Synod has bishops, priests, the Pope himself, pitted one against another, a very real division and confusion that rides on the tails of an abuse crisis still to be resolved some 14 months after its revelation.

Canada has had divisive elections in times past, threats of separation from its own Quebec in a relatively palpable history, and surely the Church has endured many a corruption in her 2000-year existence. Even still, the division can prove disconcerting. Divisions, whether political, social or religious, tend these days to separate instead of engage us into conversation, bring us further apart instead of trying to resolve. A Facebook post widely shared among my contacts recently listed states, ““We can agree to disagree” doesn’t apply to racism, misogyny, homophobia, or denying the science of climate change and vaccinations.”

While credit is due to science in some regards, the definitions of the above concepts vastly differ in some circumstances, but I digress. There is no space for conversation when the conversation is shut down. Agreeing to disagree acknowledges a difference, but brings about the possibility of peace and conviviality. Telling someone what they must believe is divisive, restrictive and dangerous. 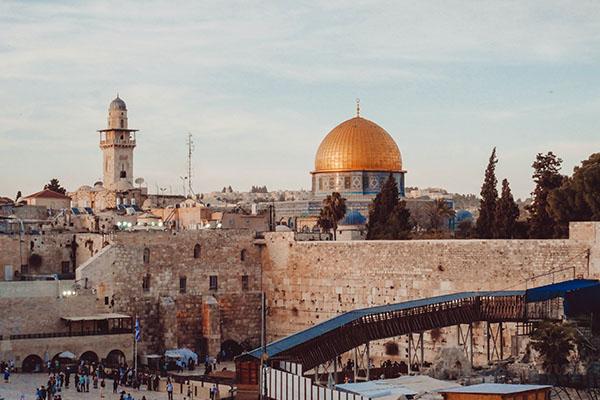 On this, the feast of St. John Paul II, a revolutionary of the 20th century, I see how direly we need the Great Pope’s spirit of hope, priority of conversation, and power to connect with others. In a 2015 conversation with George Weigel, official biographer of Pope St. John Paul II, my colleague Fr. Raymond de Souza asks what it was like to speak with John Paul II. To that, Weigel responds, “He was a man who lived in a large degree, and in the human sense, from conversation.” John Paul II had guests over for breakfast, lunch and dinner every day – not as a social effort or under obligation, but engaging in serious conversation so as to learn from people all over the world. He listened to discern what the Holy Spirit was doing in order to see how he could respond.

John Paul II was a man who lived through war, communism, injustice and attack against his country, people and religion. And yet, he was a man of forgiveness, one with a listening ear to both the Holy Spirit and those around him. He spoke on issues of life and death, the pervasiveness of sexual immorality, the effects of materialism and consumerism, human dignity. He was controversial, yet popular.

This is the make-up of our Canada: divided, polarized, torn in multiple different directions.

But he listened – really listened – to other religions, cultures, countries, people. He was a pope that, unprecedentedly, represented the nations as a globally oriented pontiff. We grieve today and long for this sense of unity, whether it be in the Universal Church or our country. We see the issues John Paul II forewarned against, and have lost the value of human dignity along the way. Sides turned against one another, we’re divided and no one is listening anymore.

But we cannot be without hope. If John Paul II were here today, I imagine he would offer the same counsel he offered at his inauguration mass:

Be not afraid. Open wide the doors for Christ. To his saving power open the boundaries of States, economic and political systems, the vast fields of culture, civilization and development. Be not afraid. Christ knows “what is in man.” He alone knows it.

So often today man does not know what is within him, in the depths of his mind and heart. So often he is uncertain about the meaning of his life on this earth. He is assailed by doubt, a doubt which turns into despair. We ask you, therefore, we beg you with humility and trust, let Christ speak to man. He alone has words of life, yes, of eternal life.

John Paul II’s message of hope is as relevant – if not more so – as it was 41 years ago. His gift of ecumenism is as important as ever. Our saturated culture needs his teachings of Theology of the Body, in a world confused with pervasiveness of sexual immorality. We need a new understanding and appreciation of human dignity – learning to listen without desiring to change people’s minds completely. Living in communion with one another, we can acknowledge the differences and still find peace.

We need to heed his call not to be afraid, but to pray with fervent faith and courage for a renewal of Christ’s presence in the world. For if we, as a world, need John Paul II today, then even more do we need Christ and His words of eternal life.

Despite the intractability of the Israeli-Palestinian conflict, Susan Korah reports, undaunted groups seek just solutions that benefit both sides.

Losing Our Faith in Political History