Education is about more than ensuring students attain a certain academic standard. While academics are vitally important, they are not the whole picture. There are spiritual and social dimensions of students’ lives that education touches and forms. That’s why it’s so exciting to complete real, rigorous study that examines how Quebec schools fare in these areas, which only the Cardus Education Survey does. Fascinatingly, Quebec’s government Catholic high schools make a noticeable difference to graduates’ religious involvement. Moreover, we now have the research to show that Quebec’s independent religious (mainly Catholic) high schools have a measurable and distinct effect on graduates’ civic participation.

Quebec is a unique province in Canada, and not just because of its language and culture. It has the largest independent school sector of all Canadian provinces, with more than half those schools being non-religious. Independent schools that are religious or more than likely Catholic in Quebec. Those distinctive factors in Quebec meant that when we conducted the 2016 Cardus Education Survey of Canada’s secondary school graduates, we didn’t report on the province’s schools initially. Quebec’s very distinct history and context meant it was only fair to run a separate analysis, which took time. So, we promised to report on Quebec’s graduates separately – a promise we have kept.

Part of Quebec’s distinct history, of course, was the dominant role played by Constitutionally protected government-funded confessional schools until education was fully “de-confessionalized” in 2000. What had been Catholic and Protestant school boards were re-organized into linguistic boards serving French-speaking and English-speaking students. The Cardus Education Survey examined the cohort that graduated from Quebec schools prior to the year 2000 re-organization, thus we refer, for example, to Catholic high schools as government schools, even though there are now, strictly speaking, no “government Catholic schools” in the province. 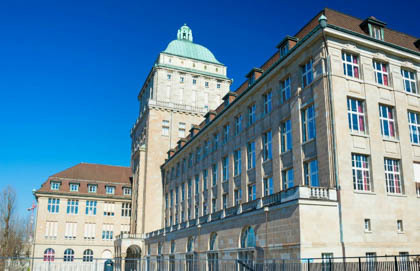 Are Private School Students Just Privileged?
Common Good & The Classroom
Time for a national conversation on parental choice in education

We have found that government Catholic high schools in Quebec affect graduates’ religious involvement, but how does that look in practical terms? Controlling for factors like family background and socio-economic status, we find that graduates of these schools are more likely than graduates of other school types to pray, read the Bible, participate in church activities, contribute financially to the Church, volunteer at their churches, and accept Church authority. They are also more likely to hold traditional views on marriage and moral questions. In short, they are more likely to be Catholic in practice, not merely in name, as compared to their counterparts from non-religious schools.

We do not find the same effect on graduates of non-government, or independent, Catholic schools in Quebec. Instead, those graduates are more likely than their cohorts from other school systems to be involved in non-partisan civic, neighbourhood, or community groups. We have also found that independent religious school gradates (who may or may not be Catholic) spend significantly more time volunteering than public school graduates do.

It’s also worth nothing that graduates of both Catholic and non-religious independent schools report higher overall satisfaction that public school graduates with how their schools prepared them for adult life. This may be because independent schools place a greater emphasis on preparing graduates for post-secondary education or future careers.

Controlling for factors like family background and socio-economic status, we find that graduates of these schools are more likely than graduates of other school types to pray, read the Bible, participate in church activities, contribute financially to the Church, volunteer at their churches, and accept Church authority.

The point in all this is not to elevate independent or religious schools above the non-religious, public system. Instead, it is simply to establish – now with real social science behind it – that there are distinct, positive outcomes from religious schools in Quebec. Given that those outcomes are not mutually exclusive, leaders within those school systems would do well to ask an important question: Why shouldn’t our schools achieve both types of outcomes: better religious formation and higher civic participation among graduates?

If there is a take-away from this study, it is that Quebec’s government and independent religious schools have a lot to learn from each other. If they take their lessons to heart, they will make an even bigger contribution to the communities in which their graduates live.

And it does show that graduates of private schools, as a whole, compared to the public school sector, look back more favourably on their education and consider it more crucial to adult life, which confirms the StatsCan report One of the things we know from the research associated with independent re...