You’re scrolling through your social media feed and see that conversation again.

I’m not talking about climate change, free speech or social media manipulation. These are all important issues, but I’m thinking more about how we talk about them. Or if we even want to speak about them at all.

Pay enough attention to the back-and-forth between prestige essayists or bloggers and you’ll see it in the tall grass: a conversation about whether it’s more important to show support for particular groups (often one’s own) or to engage with people who speak, believe, or act differently from you.

This is deeply connected to the cultural polarization that’s developed over the past few years, making it harder for liberals and conservatives to cooperate meaningfully or create a shared sense of pluralism. A number of game-changing events (in the English-speaking world, for example, Brexit and Donald Trump’s election loom large) have led many of us to assume what’s been described as tribal behaviour, especially on social media.

For some this is completely natural – if you have an opponent, or even an enemy, why would you want to give in, cooperate or entertain a potentially dangerous point of view? David Fairman, managing director of the Consensus Building Institute and associate director of the M.I.T.-Harvard Public Disputes Program, makes the claim that, “for many people right now, trying to take the perspective of the other side on divisive political issues feels like giving in – or a betrayal.”

For others, this is a step in the wrong direction as civil discourse (along with building connections between different camps) is what helps us come together to create a common life. Without it, we are at risk of becoming an increasingly fractured society. 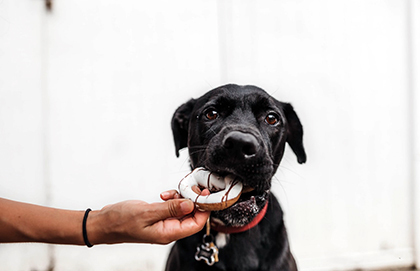 The key word here being civil. North American culture is in the middle of a public conversation about what it means to engage, and engage civilly, in a world that’s changing in uncomfortable and, for some, dangerous ways.

The two camps that form around this question aren’t typically partisan in the way that we’re used to. Identifying as conservative or liberal won’t make you more likely to favour or be suspicious of civility – there’s a very different set of concerns at play.

On the one hand, you have the groups that treat civility with suspicion. This can be for a number of reasons, but usually it comes down to seeing civility as a distraction from the bigger, more important issues. This can be unintentional, like when attention is directed to an activist’s anger rather than to what they’re angry about. But the argument is often made that powerful actors can do this on purpose, especially when trying to preserve an advantageous status quo.

I work with conflict resolution and dialogue initiatives in Russia and Ukraine, and this summer provided a clear example of this dynamic. In July, a Russian, state-owned television channel tried to launch what they called a ‘telebridge,’ a live conversation with a Ukrainian channel during which they’d talk about the ongoing war in Donbas. It was called “We Need To Talk” and was marketed, at least in Russia, as an attempt at civil dialogue.

The idea backfired spectacularly, with many Ukrainians effectively saying, “we’ll talk when you stop arming the separatists,” and ‘civil dialogue’ came to be seen as another tool the Kremlin uses to have its way with a weaker country. This made other, non-governmental dialogue projects harder to implement as any Russian looking to talk could be accused of being an agent of Putin.

On the other hand, there are groups that see civility, dialogue and engagement as necessary ingredients for a healthy society. Without them, it’s easy to start dehumanizing opposing groups or get stuck in partisan deadlock. We can’t make progress on an issue, the argument goes, if we’re not ready to have a conversation.

Many writers at Convivium have expressed their support for civility and engagement. A recent interview with the Dr. Rev Andrew Bennett makes the case quite compellingly: “at the most fundamental level, our common life is predicated upon genuine engagement between persons. If we have an inability to do that, if we reject it implicitly or explicitly by saying ‘I can’t talk to you,’ there is no common life.”

There’s a deep tension between these two approaches, with both sides striving for a better society in ways that seem mutually exclusive. So what can we do about it, and how can we move forward? One answer lies in the work of sociologist Johan Galtung, who studied war and other kinds of conflict. He pioneered the idea that there isn't one kind of peace, but two. In the next part in this series, we'll take a look at how this addresses the dilemma of civility as well as how it opens up the door to a rich, full sense of pluralism in society.

Dialogue By Asking Why

Convivium contributor Josh Nadeau offers an exercise to show why dialogue that begins with listening needs to move on to asking “why” if we’re to regain the capacity to disagree with civility.