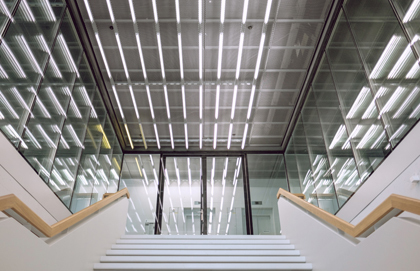 Off Metcalfe Street and MacLaren in Ottawa, sits the century old J.R. Booth mansion which now houses the Laurentian Leadership Centre. It runs and operates an internship program for Trinity Western, the private Christian university nestled in the pocket of Canada’s pacific northwest in Langley, BC.

This program uniquely positions students just blocks away from the halls of power on Parliament Hill and ministerial offices as they are established with a semester-long internship.

It’s there where I found myself in the fall of 2010, playing out the role of most 21 year old cash-strapped undergraduate students hoping for a break, a leg up and a way to a consistent pay cheque. It was some of the best four months of my life and it led me directly to my time as the Director of Communications for the official Opposition in Alberta’s capital for several years.

Shortly after I first arrived in Edmonton, my wife, whom I first met at Trinity, gained admission at the University of Alberta law school. It wasn’t too long after when news of Trinity Western’s application to create a law school of their own first made waves across the country.

But soon the conversation around not just this law school, but the existence of Trinity Western University, quickly became toxic and divisive on campuses across the country.

It was not really a question of whether Trinity Western had a legal and constitutional right to exist, it became whether or not they deserved to exist.

A common argument put forward has been that a Trinity Western graduate could not be trusted to hold true to the Canadian Charter and therefore would not be able to faithfully serve their clients. 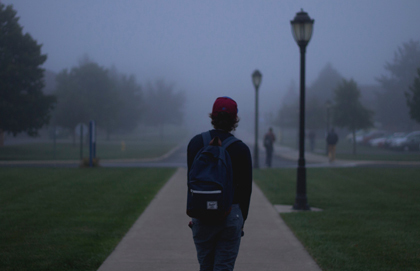 Trinity’s Fight For Religious Freedom
‘Inclusion’ to the Exclusion of Religious Freedom
The York University Question: It's not about sex—it's about the law
This should give any Canadian concerned about their own rights and freedoms serious pause and reflection.

It of course is an entirely rubbish claim, and one the Supreme Court quite rightly tossed out in its decision between Trinity Western and the British Columbia College of Teachers in 2001. Back then, it was the B.C. teachers’ professional body disputing the competency and ability of a Trinity Western graduate to teach in a K-12 classroom without discriminating against LGBTQ students.

The court found the argument was entirely without merit, and Trinity’s education program has been running along smoothly ever since, in fact doubling in size just this year.

Nevertheless, that ruling has failed to cool the raging public debate that questions Trinity Western’s right to exist within the Canadian post secondary system. This should give any Canadian concerned about their own rights and freedoms serious pause and reflection. The fact is that in a multicultural society with competing rights and interests, it is inappropriate for the State, or agents granted power by the State, such as professional bodies, to enforce beliefs on matters of conscience and faith, or further, to assume an individual’s belief system automatically disqualifies them from serving in public life.

But sadly, this has become the trend across Canada.

While many Canadians no doubt find the notion of signing Trinity Western’s “covenant” off putting and offensive, it is entirely unprecedented to deny a private institution its existence based on its religious beliefs and founding. A State that has the power to chip away at Trinity Western’s right to exist has the same power to limit the rights and freedoms that other Canadians may cherish most.

Law societies have traditionally operated as professional accreditation bodies, but now several across Canada see themselves as arbiters to decide the right and wrong belief systems for lawyers to hold. B.C., Ontario and Nova Scotia’s law societies all stepped way out of their bounds when they tried to deny Trinity Western law students possible accreditation, despite the obvious contradiction that many lawyers who hold Trinity undergraduate degrees serve their clients and employers faithfully across the country.

And now in elected positions of government, Canadians who hold religious views on ethically complex issues on medicine, life and death have been told they are all but disqualified from holding office for two of the three major political parties.

The fact is, Canadians of faith deserve better than to have bar associations tell them they do not deserve fair and equitable treatment. It’s not their call, nor should it ever have been. I trust and hope the Supreme Court will get this decision right, or else it will be a stunning setback in the defense of basic Charter rights and freedoms, and a very real and serious threat to even the idea of a faith-based university in Canada.