Three-quarters of Canadians, a poll commissioned by True North purports to show, want a complete stop on immigration for the time being. Thus, a column on their website argues, the federal government should “listen to the people and do what’s best for our country” by imposing “a total moratorium on immigration until the economy improves and the threat of coronavirus passes.”

The federal government should do no such thing. The case presented by True North for stopping immigration is full of holes.

Consider in the first place the leading poll question, which asked respondents whether they agreed or disagreed that “Canada should temporarily pause immigration until a vaccine is developed for coronavirus and the unemployment rate drops down to pre-coronavirus levels.” Naturally, by linking immigration to the spread of disease and unemployment, the True North poll found widespread opposition to immigration.

A neutral poll question would have found a much more balanced result. Or, a survey could also have been constructed to produce the opposite result. If True North had instead asked respondents whether Canada should increase or at least maintain immigration levels to replenish the workforce until the Canada Pension Plan’s assets shortfall of $885 billion (as at December 2018) is erased, they likely would have found strong support for decades of immigration growth.

There is, as another point, the fact that the appropriate level of immigration has nothing to do with poll results at all. Even if it was the case that three-quarters of Canadians want immigration to be cut to zero, that doesn’t make it a good idea. 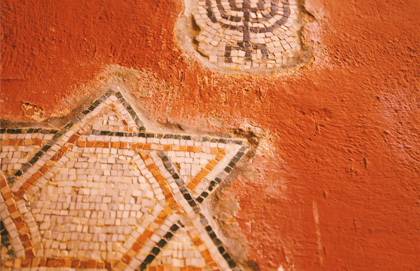 In addition to their poll, the other reasons cited by True North in favour of an immigration ban do not hold up. It is claimed, for instance, that immigration would exacerbate the spread of coronavirus. The appropriate solution to this concern is simple: require that everyone is tested for coronavirus before they are allowed to immigrate to Canada and impose quarantines if necessary. The costs of the testing and quarantines would amount to a rounding error when set against the benefits of immigration.

There is, as the other major concern, the economic one. An immigration ban, according to the True North column, “will allow our economy to recover and prioritize new jobs to out-of-work Canadians, helping to reduce our historic high 13.7% unemployment rate.” The argument is that immigration is harmful because it costs jobs for domestic workers. This claim is not supported by facts or logic.

It is of course true that immigrants supply labour and compete with domestic workers for jobs, but immigrants also consume goods and services, which in turn increases demand for labour and creates jobs.

After all, immigrants who work in Canada are paid in Canadian dollars. What will they do with these Canadian dollars? Either purchase goods and services in Canada, or invest them in Canada. In either case, the result is the creation of productive jobs for Canadians. Or suppose the immigrant workers instead stick the dollars they earn under a mattress, never to be spent or invested – this too would enrich Canadians; it would mean that the immigrants supplied Canada with free labour, producing goods and services for our consumption while consuming nothing themselves.

This idea, then, that an immigration ban is needed to “allow our economy to recovery” and protect jobs for domestic workers, is complete nonsense. Indeed, history cautions against government intervention to protect domestic jobs as a means to recover from an economic recession. The Smoot-Hawley tariffs signed into law by President Herbert Hoover in 1930 (to the vigorous protest of more than 1,000 economists) was designed to protect American jobs but instead caused the Great Depression to be longer and more severe than it otherwise would have been. Economists today generally agree that the tariffs made the depression worse, and disagree only as to the extent of the damage caused.

History has proven time and again that protectionism is toxic and prolongs, rather than shortens, recessions and economic suffering. The economic effects of protectionism are to reduce freedom and by impeding trade, reduce productivity. The result is lower incomes for workers and more poverty in the long run. An immigration ban – which represents a tax of infinity on people who want to move to Canada to produce goods and services – is protectionism at its very worst.

Whether an immigration ban is good politics is unclear (the True North poll is unhelpful in determining this), but what is clear is that it is economically deleterious, and is certainly a step in the wrong direction for those who want a freer society.

Matthew Lau is a Canadian writer, primarily on economic principles and fiscal policy.

Standing Up For "Wrong" Belief

This week, as Cardus launches its Canadian Religious Freedom Institute, Convivium publishes a column by Toronto Rabbi Chaim Strauchler that stands up for freedom of belief just as Allied soldiers stood up for Jewish comrades in a 1945 prisoner of war camp.

The Race to the Top

If you place these numbers alongside wage statistics from the ILO, which suggest that wages in these same places have grown anywhere from 15% in Latin America to a whopping 109% in Asia, one wonders if the CAW is concerned about its counterpart auto workers, or whether it's more interested in mainta...