Long before David Attenborough brought his soothing voice to the explication of animal behaviour for the BBC Life series, the North American television public had been introduced to the majesty and oddities of the natural world through Mutual of Omaha’s Wild Kingdom.

I remember lying on my stomach in my grandparent’s living room watching programs about lions and eagles, the Great Barrier Reef, the reindeer of Lapland. Footage from those hours of Sunday viewing flooded back to me in the first weeks of COVID lockdown. I watched my friends and neighbors react to media messaging like herds of grazing animals suddenly elevating necks, pricking up ears, rippling hides in response to a predatory shadow or scent. A threat had been detected. Anxiety came in waves.

I was not immune to fear, of course. In early April 2020 I messaged a group of friends, “Raise your hand if you have experienced this: You haven’t left the house for four days, you go out to do groceries and when you come back you think, 'Is that a little tickle in my throat? Why do I suddenly need to cough?'”

To a woman, they all raised their bitmoji’s hands.

As those first weeks of lockdown extended into months of restrictions, we learned more about the virus and about the threat it did or didn't pose. Yet I grew increasingly concerned at how fearful and herd-like we had become. Many seemed to be stuck in panic mode. How and why had so many become so very, very frightened?

In her recently published book, A State of Fear, British photographer and journalist Laura Dodsworth provides penetrating answers. She analyzes her government’s use of behavioural psychology in its attempt to direct the public response to the threat of SARS-CoV-2. Dodsworth asserts the government “weaponised” fear and, indeed, weaponized behavioural psychology. To everyone she interviewed, she posed the question: “Is it ethical to frighten people ‘for the greater good?’”

I grew increasingly concerned at how fearful and herd-like we had become. Many seemed to be stuck in panic mode. How and why had so many become so very, very frightened?

Fear is an important response to perceived threat that elicits physiological changes in the body. Fear does several things, including suppressing rational thinking and heightening suggestibility. This controlling emotion has long been recognized as a powerful tool in the manipulation of human behaviour. Marketers, religious leaders, the media, and politicians have all deployed it. Fear, notoriously in both the domestic and the political arena, encourages compliance.

The lockdowns implemented in the spring of 2020 were an unprecedented response to a public health crisis, and Western politicians were uncertain how their citizens would respond. How could they ensure compliance? Dodsworth says the British government took advice from behavioural insight teams. Five groups played a role in shaping and implementing the government response:

Dodsworth outlines techniques used by the government, including "seeding" and "foot-in-the-door." These two concepts will be familiar to students of Psychology or Marketing 101. The former involves planting an idea like a seed to prime clients for a sale – or citizens for the next pandemic restriction. For example, masks were originally introduced to the public mind as not-fit-for-purpose; but by bringing them into the discussion, even negatively, the idea of mask-wearing had been seeded. When masks were reintroduced as an important tool in the fight against the virus, the proposal was no longer novel.

“Foot-in-the door” works on the principle that, once one has agreed to the first request, it becomes more difficult to refuse the next and bigger request. Confinement for “two weeks to flatten the curve” was accepted by the majority. It had a definite timeline and seemed manageable. But it was soon followed by new demands, by endless months of business and school closures, restrictions on movement, locked churches, and isolation. 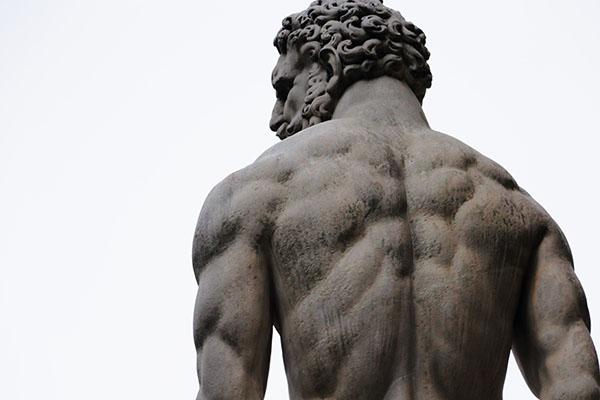 Dodsworth argues that behavioural science is no longer occupied primarily with predicting human behaviour. Its mandate now is to influence and direct behavior. And governments have taken a keen interest in its power to do so.

In Britain the Behavioural Insights Team (BIT), unofficially known as the Nudge Unit, was set up in 2010 under Prime Minister David Cameron. BIT is now a profit-making company with offices in the US, France, Australia, and Canada.

Canada not only hosts a BIT office in Toronto; it has its very own unit. A Toronto Star article in February 2021 noted that Dr. Teresa Tam, Canada’s chief public health officer, had referenced a behavioural insight team located within the Privy Council Office. It is called the Impact and Innovation Unit and was set up in 2017. The Star’s Susan Delacourt remarks that the role the Impact Unit played in Canada’s Covid messaging is a “social-science experiment” one that “may have given government clues on how to modify citizen’s behaviour for other big global issues – such as climate change, for instance.”

Dodsworth argues that behavioural science is no longer occupied primarily with predicting human behaviour. Its mandate now is to influence and direct behavior.

Prior to the pandemic, the “nudge” might be quite mundane: a prompt to eat our five portions of fruit and vegetables a day, reduce food waste, or submit our taxes on time. In COVID times these teams are orchestrating more dramatic campaigns to generate full compliance with public health measures, and providing politicians with talking points in defence of these measures. Their campaigns frequently stoke fear and scapegoat the non-compliant.

In illustration, Dodsworth quotes from a discussion paper presented to the Scientific Advisory Group by its pandemic behaviours subgroup on March 23, 2020: “The perceived level of personal threat needs to be increased among those who are complacent, using hard-hitting emotional messaging.”

At the outset, it was the unmasked, the quarantine-breakers, the youth congregating at house parties, and the religious who were the “covidiots” responsible for driving numbers up and “killing granny.” A few months ago, an op-ed published in Israel's Ha’aretz even described ultra-Orthodox Jews who do not follow State rules as “Covid insurgents” and “terrorists.”

Today, about three months after publication of her book, Dodsworth has proved prescient in her prediction that the unvaccinated would be condemned as “reckless, socially irresponsible or stupid.”

She is a lockdown critic. Some may find far-fetched her comparison of the manipulation of public opinion by the government to the behaviour of a cult. But this is not a book about the ethics or utility of lockdowns. It is a book that asks important questions about the negative, long term effects of a campaign of fear deliberately conducted by the government. It queries the part played in that campaign by the media, both mainstream and social. And it probes the role of unelected "psychocrats" in the design and implementation of the campaign.

A State of Fear also raises the "why" question – to what end was this campaign directed? Dodsworth does not think it was only about handling COVID. She thinks that by exacerbating the fear around COVID governments (or those who advise them) are building compliance muscle-memory in citizens, perhaps to prepare them for future sacrifices that will be demanded in a war against climate change.

Her call for a public debate should not go unheeded. She has demonstrated that “the behavioural science framework for making the population comply with being locked down involved powerful techniques which deserve public consultation.” Her own fears for the future, if no such debate takes place, are fears I share. But along with those memories of Sunday afternoons stretched out in front of Animal Kingdom listening to Marlin Perkins, there is another memory that comes back to me, in a different voice.

In 1978, at his Inauguration Mass, St. John Paul II began his papacy with the clarion call that would become the hallmark of his papal ministry: “Be not afraid!” Later, in Crossing the Threshold of Hope, he would remark that in a certain sense this was "an exhortation addressed to all people, an exhortation to conquer fear in the present world situation."

"Peoples and nations of the entire world need to hear these words. Their conscience needs to grow in the certainty that Someone exists who holds in His hands the destiny of this passing world; Someone who holds the keys to death and the netherworld; Someone who is the Alpha and Omega of human history – be it the individual or collective history. And this Someone is Love.”

Photo by Forest Simon on Unsplash.com

Daniel Dorman argues that the phenomenon of cancel culture emerges from a black and white vision of the world that forgets the vivid hues moral struggle brings to life.