Earlier this month Convivium Publisher Peter Stockland wrote a compelling reflection on the way in which he finds his faith to be inextricably tied to his sense of self and the way in which he undertakes his chosen profession of journalism. Today, three Convivium readers and long time contributors respond.

“On day one in journalism school, I remember being taught, "There is no such thing as objective reporting."  Journalists are to strive to be objective, but can only achieve this to a measure in tandem with identifying our own biases.  Religious beliefs of all stripes, including atheism - which is embraced with as much fervor as a religion, must be understood as a potential bias or lens through which the world is interpreted.  Journalists who are people of faith are often more skilled at recognizing the role and place of faith in our society than those who have no personal experience or reference points for religious belief. Journalists of faith are also more respectful of beliefs and worldviews that differ from their own than journalists who adopt a "secular" and sometimes hostile stance towards all things religious.

Peter's column rightly zeroes in on the legitimacy of religious beliefs being understood and respected in the lives and practice of journalists as well as politicians.  If a politician has religious beliefs, not only do we in the public want to know about those beliefs, we are inclined to scream hypocrisy when those beliefs are not upheld. But there isn't equal praise heaped on politicians whose religious beliefs have undergirded their policies which are deemed "progressive" and generally beneficial to society. Tommy Douglas is lauded for establishing Canada's universal health care but his Baptist faith is rarely mentioned as the basis for his passion to fight for that policy.

Somewhere in the last century, we transitioned from a culture where politicians were expected to have religious beliefs and exemplify them in how they conducted themselves as public servants to one where their religious beliefs make them suspect.  I remember hearing the October 24, 2012 broadcast of CBC's "The Current" when Piya Chattopadhyay was interviewing then Winnipeg Chief of Police, Devon Clunis. He used the word "prayer" in the context of fighting crime and her response was one of shock and horror.  So thoroughly has a bias against any and all practice of religious faith by public servants been embraced by mainstream journalists that it distorts the reality, history and value of religious belief and practice in Canada. The net effect is to suggest that people who are religious are both rare and possibly dangerous.

For any journalist worth her or his salt, covering the faith of public servants shouldn't be occasion for immediate excoriation, but rather seen as an opportunity to examine how that individual's values and beliefs shape policy, practice and personal ethics to advance the public good.

After all, there are numerous examples of where atheistic political leaders have been ruthless, murderous despots and dictators, so why should atheism get a free pass for politicians? 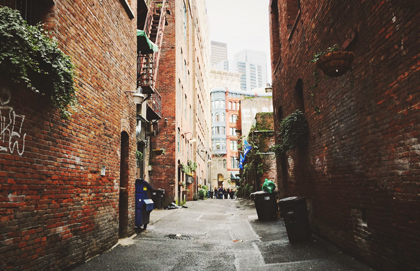 Journalists of faith are actually in the rare position of understanding religious belief from the inside out, and are thus better positioned to serve the public with insightful reporting than those who immediately consign all things religious to the dustbin of their own ignorance.  Journalists of faith can confront the fallacy of "objective" secularism by approaching politicians of faith with genuinely fair and balanced reporting.” ~ Richelle Wiseman, President, Inscape Communications, long time journalist on the intersection of faith and media

Peter’s Catholicism and my Judaism do not make us mindless parrots incapable of thought.

"As always, a thoughtful, sensible and calm response by Mr. Stockland. I have two principle thoughts in response.

The first is that it continues to be troubling that despite Supreme Court of Canada interpretations to the contrary, popular postmodern culture and its authors continue to view a secular society and its public square as one within which faith is silent. This is bunk. A proper understanding of "secular" is its interpretation and intention of inclusiveness - a society and public square within which people of all faiths, philosophies, ethnicity, races and cultures are invited to share. The more recent - and this primarily within the past decade - definition of secular involves exclusivity, a concept that challenges fundamentals of a functioning liberal democracy. The value of that, as Mr. Stockland, points out, is that faith and is not an article of clothing. It cannot - whether it be Catholicism, Judaism, Sikhism or Islam - be changed into and changed out of at will. It is no more appropriate therefore to ask a Catholic to keep his faith out of the public square than it would be ask gay people to demure from holding hands on a public street.

My second point is that newsrooms have to work hard to be reflective of society at large - something that they have traditionally struggled to do. Often - and "Hidden Agendas: How Journalists Influence the News" by Barry Cooper and Lydia Miljan provides interesting data to support this - newsrooms have inbuilt biases of which they are not fully aware and simply refuse to contemplate. Faith is one of those areas in which it is not uncommon to find newsrooms appearing to he the antithesis of society age large. Whereas 70 per cent of "secular society" may be theistic, for instance, it would not be uncommon for 70 per cent of newsrooms to be atheistic. Hence, the rolling eyes, etc. that the Ipolitics writer describes." ~ Peter Menzies, former vice chairman and president of telecommunications for the Canadian Radio-television and Telecommunications Commission (CRTC)

Being pro-life has nothing to do with my being Jewish. Reform Jews are mainly pro-choice. Orthodox Jews are pro-life. I attend a Conservative synagogue where the congregation’s views on the issue are mixed. However, being a Jewish journalist comes with other problems. Whenever I write a pro-Israel column, I am dismissed with the same scorn as when I write against abortion. Only this time, the scorn is aimed at my Jewishness. “Of course you wrote that pro-Israel column. You’re Jewish, so you have to,” is the standard response. I sense here a disturbing fanaticism about pigeonholing people’s opinions based on their faith identities. It’s easier for the critics to attack in that tired vein rather than to take the effort to come up with their own thoughtful responses to the issue itself. They refuse to accept that being pro-Israel may simply be the right thing to do; they ignore the fact that Israel is the only country in the Middle East where Christians are free to worship without fear that their churches will be blown up.

As Peter Stockland so eloquently articulates it, “To be a person of faith, whether in journalism or politics or wherever, is not some obligatory reflex to seek to ‘impose’ one’s particular creed on the unwilling.” I do not write in support of Israel because I am Jewish. I am a Jewish journalist who supports Israel because, after thinking at great length about the issue, it is the only position I can logically take.

Peter’s Catholicism and my Judaism do not make us mindless parrots incapable of thought. It’s interesting how we can be dismissed as intellectually lazy because we are supposedly dictated to by our faiths. The intellectual laziness actually belongs to those who accuse us of being puppets of faith.  It’s a cop-out on their part and a refusal to come up with their own reasoned responses to the positions we take. They fail to see that faith does not detract from our ability to think critically about the ways in which we experience the world and the light in which we view the issues.” ~ Naomi Lakritz, former columnist with the Calgary Herald and the Winnipeg Sun.

In this final text from the Cardus’ What Makes a Good City forum, Andrew Bennett for reviving the spirit of urbi et orbi – the city and the world – by which religious traditions have made beauty and comfort integral to our urban lives.