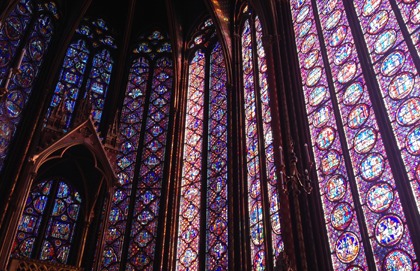 The issue (raised in posts by Sessions, Dreher, and Millman as well) is whether there is anything about our "secular age" that somehow limits or precludes "religious experience," including experiences of conversion. Does our disenchanted age enclose us under a brass heaven, shielding and "buffering" us from the call of God? Does a secular age enclose us with an "immanent frame" that is doomed to be an echo chamber because our "modern" convictions foreclose the in-breaking of revelation?

Linker rightly resists this conclusion. While he grants that some of our supposedly "enlightened" convictions "can foreclose the possibility of religious experience by refusing it pre-emptively," on the other hand he doesn't think anything has really changed: "Religious experience—in modernity no less than in premodern contexts—transcends intellect and reason."

I'm inclined to agree with Linker on this score, but for different reasons. In particular, I'm puzzled by his overly-individualistic picture of conversion and revelation, characterized by the sort of Abrahamic privacy of "secret" revelation that Johnanes Climacus' extols in Fear and Trembling. For Linker, following Strauss, revelation is a call that is singular, addressed to the individual, coming from we-know-not-where as an irruption of what I would have either expected or desired. Revelation overturns tradition and whatever "plausibility structures" we have in place, piercing through them and bowling us over with an "experience" of God. "Conversion" is answering this kind of singular call.

This is why, for Linker, "'enchantment' and 'disenchantment' apply not to historical epochs but to individuals." Some individuals might have foreclosed openness to revelation and conversion precisely by thinking "we've figured it all out—or that we eventually will—on our own." But for others, openness to conversation "remains a living option, in our time no less than in premodern eras."

Of course Taylor would agree with this last point. But technically speaking, it is not individuals who are dis/enchanted but plausibility structures—the habits of mind (what Taylor calls "social imaginaries") that make things more or less believable. Whether or not our Zeitgeist is disenchanted doesn't entail any necessary conclusions either way with respect to revelation or conversion—though it does mean there will be different hurdles.

But if God's call is going to be heard in our secular age, it's not because some zap of personal revelatory illumination skyhooks us out of our embeddedness in shared plausibility structures, but rather because our incarnating, condescending God will have met us in our disenchantment and pointed out the skylights in what we thought was a brass ceiling. I don't think this "incarnational" understanding of revelation is limited to Christianity (Jewish thinkers like Jacob Neusner and Elliot Wolfson talk of the same), nonetheless for Christians the revelation of God in Christ is the pinnacle of revelation. As I've argued in my new book, Who's Afraid of Relativism? Community, Contingency, and Creaturehood, the Word becomes flesh and meets us where we are, in our plausibility structures, not to liberate us from them altogether but in order to induct us into a different community of believing, a body that believes otherwise. This is why there is no revelation—and hence no conversion—that isn't indebted to tradition and community. There is no "private" experience, Wittgenstein said, and there's no private religious experience other. Every revelation is mediated. Conversion takes a village.

It seems to me that Linker both over-estimates and under-estimates how revelation works. He over-estimates it because he seems to imagine a kind of revelation that overwhelms our social embeddedness, as if it had to overcome our immersion in communities of plausibility. On his picture, revelation overturns all horizons of expectation, all plausibility conditions. But if I whisper a secret to you in Japanese, and you can't understand a word of it, have I really revealed anything to you?  Even a revelation that will rock your world has to meet you in your world.

This is why Linker also under-estimates revelation, by imagining that somehow my reception of it depends on my remaining open to it. That feels like a kind of epistemic Pelagianism: that I make the choice to be either open or closed to revelation (and hence conversion)—in which case, revelation sort of depends on me. But the scandal and mystery and irruption of the Incarnation is the good news that God makes the first move, inviting into enchantment by meeting us in our disenchantment. The wardrobe is a portal that is right here in our disenchanted house.