To the lament of his numerous readers and admirers, Roger Vernon Scruton passed away in January 2020 at age 75, after a six-month battle with cancer. In addition to being the leading conservative philosopher in the English-speaking world, he was in public life also a composer, polemicist, conservationist, hunter, architectural and wine critic, and church organist.

Scruton’s status as conservative philosopher is somewhat paradoxical, and has its roots in the name which proclaims his persona. He explains in his 2005 memoir, Gentle Regrets, that the act of naming reminds us of the arbitrariness of names but “stems from the attempt to record what is not arbitrary at all but unique and therefore inexpressible.”

He was originally named Vernon by his mother, but his father worried that name was too sissy and would get him beaten up. Father insisted he also be given a more manly name, Roger, which derived from the overseer of his birthplace, Sir Roger de Buslingthorpe, “Who lay in effigy in the church next to the farm where I was born.” His surname, Scruton, derived from “Scrofa’s Tun” — named after a Viking known not for his red hair but for his dandruff. He was convinced the “scraping steel of his scalpel-like surname,” more than the substance of his arguments, was the main reason he had so many critics.

Scruton explains he became Roger instead of Vernon at age 10 after he accidentally bloodied the nose of the school bully, who had wished to punish Scruton both for his “sissy” name and his red hair. Henceforth he would be called Roger, though “quiet, timorous” Vernon would still peer out from behind Roger’s protective persona. Indeed, Scruton confesses that though all his published work is under Roger’s name, Vernon is the real author of his words: “Everything that I have written that has come from the heart rather than the head has been the work of someone officially dead aged ten.”

Scruton’s status as conservative philosopher reflects this paradoxical persona. He said he became a conservative by looking out his apartment window in Paris 1968. Disgusted by the student riots, he realized that it is much easier to destroy a civilization than to build, nourish, and sustain it. Being conservative meant conserving and protecting the best that has been said, sung, and done. Scruton emphasized that the best is also extremely fragile and, like Vernon, needed its protectors. In Roger Scruton, conservatives found their teacher and also their protector against what he called the modern world’s “culture of repudiation.” 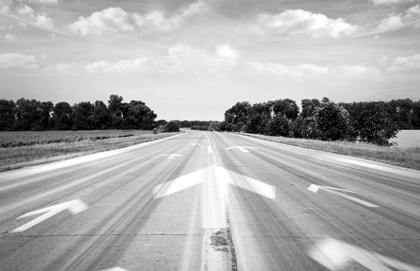 Something Always Eludes Us
The Conversation
Small Talk

Scruton’s conservatism, expressed variously in his support for Brexit, his (perhaps unfortunate) agreement with Prince Charles over architecture, fox hunting, and various other cultural issues, derived from an appreciation that the most important things in life, namely family, faith, and friendship, are fragile indeed. The general name he gave to his conservatism is “oikophilia,” roughly meaning love of the home, where home means the family, friends, nation, and one’s religion. The culture of repudiation undermines the protective shelter that the oikos provides for us fragile human creatures. While Scruton admired classical liberalism and Austrian economists including Friedrich Hayek, his conservatism was predicated upon the view that human persons flourish only in relation to others, especially in love. His intellectual heroes, Burke and Hegel, gave him the intellectual substance for this view. For example, in two of his final books, Where We Are: The State of Britain Now and Our Church: A Personal History of the Church of England, he sees the Biblical ethic of love of neighbor as root of the nation-state.

Scruton’s philosophy transcends his oikophilia; it was cosmopolitan. Kant probably gave him his most fundamental framework for understanding the world, and I’ve already mentioned Hegel. A defender of the West, he also knew Arabic well enough to learn from Avicenna, especially his argument for the existence of God. He reflects on Avicenna’s wisdom in, of all places (or perhaps most fittingly), his book on wine, I Drink Therefore I Am, which is perhaps his best book.

Scruton directed his philosophical efforts perhaps most strenuously at the question of what or who is a person. His critique of scientific reductionism and defence of the human person in books, including Soul of the World and The Face of God, constitute perhaps his most formidable defence and account of what (and who) is good and therefore fragile. His account of the human person as an “I” serves as a humane and instructive rejoinder to those arguments, made by neuroscientists, neo-Darwinians, and others, that the human person is merely matter in motion, and thereby intelligible and controllable by modern science. Defenders of human dignity, and human persons in relation, can find few better accounts of what they hold dear than in those books.

Scruton thought the culture of repudiation begins as an intellectual argument but ends not only in a loss of religious faith but also “a loss of comfort, membership and home: it involves exile from the community that formed you, and for which you may always secretly yearn.” Perhaps this is why secularization coincides with and perhaps causes social isolation and loneliness. Millennials, the loneliest generation, are also the least churched. Scruton always emphasized, with necessary qualifications, Durkheim’s point that religion is a “social fact.”

Like many moderns, Scruton experienced loss of faith but his description of his return is illuminating. He marked his return to the Anglican church by serving as organist for his local parish. His memoir concludes with a reflection on Psalm 100, which exhorts us to “serve the Lord with gladness, and come before his presence with a song.” It continues with a line that Scruton says “contains all of theology”: “Be ye sure that the Lord he is God: it is he that hath made us, and not we ourselves.” Yet it is in song, not exclusively in theology or for that matter philosophy, that Scruton sees us coming before the Lord. One is tempted to consider his organ playing as prayerful and as more important than his philosophical writing for understanding him.

Perhaps Vernon played organ while Roger got the credit for publishing books on philosophy. His reflection in Gentle Regrets on Psalm 100 is fascinating and foreshadows his writings on the face of God and on personhood. Yet it is song that signifies and delivers us to what he calls “a truth that reaches beyond words, to the inexpressible end of things.”

My daughter is on the dance team at her elementary school, and on her team hoodie is printed the words from Psalm 149:3: “Let them praise His name with dancing.” I think of Scruton’s insights on Psalm 100 whenever she wears it. It also reminds me that good things are still getting nurtured and protected in the world, a reminder that hope, stronger than the pessimism that conservatives are frequently caricatured as embracing, does not disappoint.

Something Always Eludes Us