Convivium: Were you surprised by the strength of support the Angus Reid data shows exists among Canadians for funding faith-based schools?

Beth Green: No, I'm not surprised. I think the temptation is to see the landscape of faith and education in this country as really monochrome:  Either you go to a secular government school or you go to a religious non-government school. But I don't actually feel the way that gets presented is how Canadians think on the ground. I think in the hearts of our cities, villages, towns and our community life, people know religious faith and religious communities, are woven into the school fabric because they’re woven into how we do ordinary life.

Convivium: And the numbers from the Angus Reid Institute bear that out?

Beth Green: They’re a resounding yes. It's not just that almost a third say religious schools could be fully funded. There's another 30 per cent on top of that who are saying we should recognize religious schools are part of the fabric of our lives together. Okay, maybe we don't fund them at the same rate as our government-run schools, but they should still receive some partial funding. So that means that the remainder who are saying, ‘no, religious schools shouldn't get funded’ are actually quite out of step with the way most Canadians think.

The bit that surprises me is the way that message isn't heard. It fits with what I'm seeing on the ground in terms of people's understanding of the significance faith and religious life in the fabric of Canadian society.

Convivium: Those numbers are, at least in part, a function of the representation in Alberta, Saskatchewan, and Ontario where there are very thriving Catholic school systems, aren’t they? People in those provinces see religious schools – at least Catholic schools – as a normal part, as you say, of community life. How do you take that message though beyond those provinces and beyond just the accident of Confederation that gave the privilege to Catholics and not, say, to Muslims equally?

Beth Green: I want to point to the province of British Columbia to answer that. In British Columbia, there isn't that historic Constitutional settlement. And our polling showed earlier this year that British Colombians tend to be the least religiously developed Canadians. So if there were ever a province where you would expect people to take that line and say this is just a historical accident that doesn't reflect where Canada really is, British Columbia would be the province.

Yet in British Columbia, where 20 per cent identify as non-believers, they're still saying that 61 per cent of respondents in the province say religious schools should be funded. It’s more than just an accident of Confederation or history. We've got other provinces that, in a sense, are already in step with that, and have opened up funding to other religious and other faith groups.

...in the hearts of our cities, villages, towns and our community life, people know religious faith and religious communities, are woven into the school fabric because they’re woven into how we do ordinary life.

I want to turn it back on Ontario and Saskatchewan, too, where there's been that conversation about whether we should continue to fund the Catholic sector, and say the answer is not to take funding away from anyone. It's to restructure it so that access for funding is there for other faith groups and other religious school groups as well.

C: Yet some recent historical events seem to have pointed in a different direction. As you mentioned, in Saskatchewan, the courts have said, ‘okay you can have your Catholic school system but you can't educate non-Catholics.’ Do you see that action as out of step with what Canadians really believe? 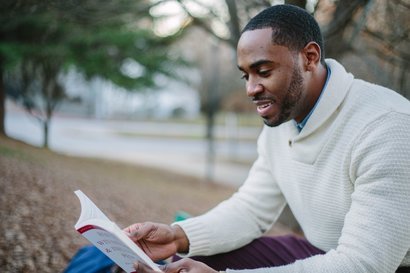 BG: I think so, and also out of step with the wonderful messy mix of faith and community in the heart of our lives. What it assumes is that if you haven't been baptized as a Catholic then you don't care about religion, so you don't need a religious school. Actually, what the statistics are telling us is that in places like Saskatchewan, Canadians who maybe don't identify as Catholics are still saying there's something about this system that touches a need, that provides for our kids in ways we think are important. Maybe education is about these bigger questions, and Catholic schools are well placed to educate children. People are saying ‘I want to be part of this conversation that's going on and I believe that (faith-based schools are) just as equipped as a government school is to make my children part of this conversation.

Just drawing these hard and fast lines about who can choose what is out of step with what people want, and it also is removing responsibility from parents to be able to choose, and craft the education they want for their children.

C: Both Newfoundland and Quebec deconfessionalized their schools in recent decades. Newfoundland went through a referendum in Newfoundland. Quebec arbitrarily decided to surrender its constitutional powers to run a religious school system. Were those actions of a particular time that we've now begun to re-think because they are no longer reflective of where most people are?

BG: I’m a bit out of my area of expertise in terms of commenting on Canada's constitutional and historic settlements. I do feel as though we're looking at a new generation that doesn’t draw those lines in the same places. For them, the lines aren’t so clear or hard and fast about where the State can and can't act and make choices, and where we have to keep religion in clear institutional spaces. Their expectation is that they would have much more ownership of education, including choices about religion, and there should be more diversity in the mix.

I suspect this default assumption that the best way to get everybody to agree and to meet their needs is just to offer one set of services and to push religion out of the space is really naïve compared to the current generation's expectations about spirituality, faith, where government should be and shouldn't be – in their lives and in their choices.

C: One aspect that's not so encouraging to people of faith are incidents where even existing religious schools come up against secular edicts that they are expected to comply with, no arguments allowed. There seems to a feeling within the existing religious school systems that you need to move carefully. If you're going to get public dollars you're going to dance to the public tune. Are you confident the polling data supports a sentiment that says, “no, look, if you're going to support faith-based schools they will be faith-based schools, lived out according to that faith?”

BG: People should take confidence from these numbers. The story amongst Canadians is that religion isn't seen as this weird, scary, threatening thing that shouldn't be in this space. Almost a third are in favour of religious and faith-based school receiving public funding, and a further 30 per cent support partial funding.

I would want to encourage religious schools and institutions to understand that's because of the distinctiveness they offer. If they start to tiptoe around and say, "Let's just fly under the radar. Let's not talk about what we offer," then why fund them? I think Canadians are saying that would be a real loss and that (religious schools) should stand proudly for what it is that they contribute to this multi-faith, religiously diverse Canadian society.

C: Do you have a sense, reading through the Angus Reid numbers, that when people say faith-based or religious they actually mean just that? They don't mean simply a perpetuation of the Catholic school system? They mean expanding it so that if someone wants to open a Jewish school, a Muslim school, whatever it might be….

BG: We probed a little bit and these weren't just questions about the separate Catholic system. People were asked about religious and faith-based schools not just what's their view on the separate Catholic system. We can be pretty clear they are being asked about more broadly based provisions. We would have had to ask a lot more questions to provide some of the nuance you're looking for, which is a platform for doing the further research that Cardus is doing in terms of talking to people about how they understand faith communities and their awareness of what's potentially on offer.

C: The data seem consistent with earlier Angus Reid polling data Cardus has done that shows when we talk about religion at a neighbourhood or community level, people are very open to it. When we talk about religion as some abstracted thing, they tend to close down. So the concrete nature of a practice of a religious faith – hospitals, social services, schools – actually does find a lot of favour with Canadians.

BG: That for me is the heart of what religion is for. I mean religion is practiced, it is lived out and it is something that you encounter. To present something abstract for people and ask if they agree or disagree with it is not how anyone of us really learn. It’s not how we decide who to trust. It's not how we make decisions about spaces in which we want to live our lives and parent our children. The point of religion is that it's lived out in the messiness of everyday life.

C: Where could somebody take these numbers? What use could be made of them? Is there a political argument to be built out of them, or even just a conversation to be had with neighbours?

BG: Both. I'm always more interested in the conversations with neighbours because I wish more of the political decisions we make came out of the heart of those neighbourhood conversations. Actually talking with people about the religious schools they know, how they operate, why they choose them, those are important conversations to have. But, the political argument, if we want to go to the abstract level, is that if politicians want to remain in step with the majority of Canadians as they make policy decisions, then capping or removing funding for religious schools is the opposite direction from where most Canadians are. Actually getting into the neighbourhood and talking to people about the kinds of decisions they'd like to be empowered to make about schooling at the local level, would be much more politically on track with this data.

The 2016 Cardus Education Survey reinforces this point that religious independent schools in Canada are producing citizens who contribute to our lives together. People who oppose the funding of religious schools often say we shouldn't fund religious schools because they led to a break down in society, and the graduates don't contribute anything. The Cardus Education Survey data show the opposite is true. It’s worth people taking a look at that, too.

Cardus Program Director of Education Beth Green examines a way to inhibit the transmission of the so-called selfish gene in teenagers.

Here’s Why We Have Separate Schools