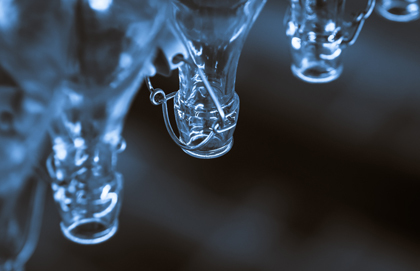 In two months I will be 45-years-old. I am told, or perhaps I have gleaned from others, that this is the age at which reminiscence becomes a confirmed pastime rather than something seen to be quaintly practiced by aging parents and grandparents.

In any case, perhaps now that I have reached this ripe old age I can confidently embrace a certain appreciation for slowness, quietude, and memories of halcyon days.

Perhaps this evolution was present much earlier when, several years ago, I re-embraced ‘slow music,’ which is the hipster equivalent of the foodie pretention for slow food with its 48-hour marrow-bone soups and undercooked white asparagus smothered in morel-infused olive oil lovingly produced by septuagenarian monks somewhere in deepest Languedoc.

Slow music is ‘going vinyl’. It is a re-discovery of the joys of turntable, record, and album cover. I enjoy it immensely, including the small delight I get when I have to go and flip the record over to side B. Thankfully, I live in Ottawa’s hipster neighbourhood of Hintonburg, where record shops abound along with craft breweries, beards, and coffee shops galore.

Music has always been a large part of my life and I have been blessed with parents and musical mentors who love music and have always encouraged this love in me. Having come of age in the 1980s I was, and remain, a fan of some of that decade’s greatest bands including R.E.M. and U2 pre-Achtung Baby.

For their music I have a great appreciation, but they don’t approach my 30-year musical itch for The Police.  Synchronicity, Sting and the boys’ last studio album from 1983, remains high rock art for me. It’s an almost perfect 80s’ masterpiece except for that spot of blight that is Andy Summer’s Oedipal and musically unfortunate tune Mother. Sorry Andy, please forgive me.

The band’s 1978 premiere album, the ska-infused Outlandos d’Amour, forms the other bookend and it will always be top of the pops for me. When I listen to its signatures of So Lonely, Roxanne, and Truth Hits Everybody, I am not in my Hintonburg living room any longer but in the rec room of my high school friend’s boathouse somewhere in cottage country.

It was there in 1989 that my closest high school buddies and I wiled away a sopping wet August long weekend playing pool and listening to The Police and The Kinks –the only two CDs we had. The summer of your 17th year is one to remember and mine was no different. As we crooned out “Rooooooooxanne…” we didn’t have a care, four best friends from a Toronto boys’ private school free from any real suffering and unconsciously enjoying the blessings we had been given: friendship, music, a Muskoka cottage replete with pool table and boathouse, water skiing, and illicit beer. We could not really appreciate Sting’s insistent lament of  “So lonely, I feel so alone.”

I yearn to know how God is touching François in his suffering, how he encounters the Incarnate Christ. What can I learn from him? Is my heart moved enough? Do I see Christ suffering here? Do I see Him resurrected also?

I recently read in a Canadian travel magazine that Hintonburg is Ottawa’s Brooklyn. I’ve been to Brooklyn. Hintonburg ain’t Brooklyn. One of the greatest joys I have living there is living under the protective, looming presence of the Church of St-François d’Assise –the Capuchin Franciscan parish whose bells have rung out across Hintonburgers’ brick houses since the mid-1920s. These are real bells, big bells, which peal regularly through the day.

Often when I work from home, my think-tank toils are interrupted at noon by the Angelus bell and I often find myself beginning: “The Angel of the Lord appeared unto Mary…” Or, I find myself as a faithful Catholic standing with head bowed when the bell rings out twice three times around 11:30 a.m. at the elevation of the host and the chalice –the highpoint of the Eucharistic Prayer.

Yet, one can succumb to amnesia and forget that it was not that long ago that Hintonburg was not the rolled-up, selvedge jeans-wearing mecca it is today. Police sirens, prostitution, and drug deals were more the order of the day only 10 years ago.

Human suffering was much more visible. Then the Angelus bell rang out all the more insistently, demanding recognition of the truth of the Incarnation: “Seek the image and likeness of the child whom I bore and the Son whose suffering pierced my heart as Simeon foretold. Find Him in your streets.” 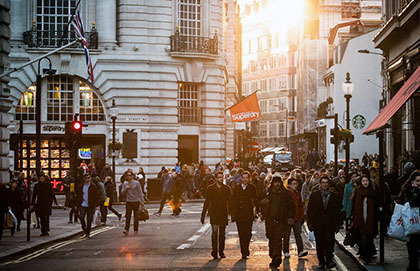 Now much of the human suffering that was typical of Hintonburg’s streets has concentrated in other parts of our national capital. The sunlit streets of the Byward Market team with tourists as we head into the summer. Yet on the Market’s fringes, and on the fringes of political Ottawa and my Ottawa of hipsters and ‘slow music,’ are the down-and-out, the mentally ill, the homeless, the indigent.

Our Cardus Ottawa office is in this milieu, juxtaposed between the political temples of Parliament Hill and the soup kitchens and shelters of Lower Town. My colleagues and I identify with our Cardus tag line of “Three doors from Parliament” in which we situate ourselves at the centre of political Ottawa with our gaze directed primarily westward towards the Hill. But by virtue of location and sensibility, we are obliged to be aware daily of what that same gaze looks upon if turned eastward to Lower Town.

It is not at all what Canadians, inside and outside Ottawa, imagine when they think of the power and corpulence of their nation’s capital. Indeed, it gives homage to Vancouver’s notorious Downtown East Side far more than to this city’s derisive nickname, Fat City.

Once over a McDonald’s burger and fries, François told me a bit about his story and at the end we sought the prayers of each other. Two Catholics bound in baptism, estranged by circumstance, brought together by Providence. More often than not when I see François sitting on the sidewalk or walking along the street he is in pain, battling unseen demons, struggling with his illness. I pray for him. I yearn to know how God is touching François in his suffering, how he encounters the Incarnate Christ. What can I learn from him? Is my heart moved enough? Do I see Christ suffering here? Do I see Him resurrected also?

Some weeks ago I heard François before I saw him.

These lyrics from The Police’s second album “Regatta de Blanc” echoed in my head as I saw François walking aimlessly. I sang along without joy under my breath. Memories of 1989 returned, but now tinged with sorrow and not the reminiscence of youth and friendship.  The lyric was repeated manically with an urgency that sought a response from someone, from anyone, from me.

The suffering within our cities is tragic but it is not meaningless. It is suffering that beckons compassionate love and there are so many saintly people in our cities today who suffer with the poor and forgotten and live their lives in a constant encounter with them.

This fatal error leads to a disordered wish to end suffering at all costs as it is uncomfortable to witness great suffering when the world has convinced us to exalt perfect human propriety: an athletic form, a brilliant mind, a lucid tongue, and there to find our dignity.

No. Our dignity is inherent and not at all dependent on external forms; it is within the human person and it is forever bound to our true nature as God understands it, and we are called to embrace it. To dispose of a human person because we find suffering hard to see, hard to experience, or at worst an inconvenience is pure wickedness. It is wicked because it turns a human person from a subject into an object –an explicit rejection of our nature.

François in his soiled clothes, greasy bandana, and his mania has no less dignity than I in my affluent, middle-class appearance with my right mind. The bloody wounded soldier dying in the mud of Vimy 100 years ago had dignity. The drooling and incontinent ALS patient has dignity. All of them and all of us have a purpose: to pursue what is good and to strive against all opposition to respond to the Angelus Bell, and encounter the One whose Incarnation restored our dignity and impels us to love one another as a result.

François did indeed have a message in a bottle, a message that floats along suspended perhaps never reaching the shore where another human being will read, understand, and respond: “Save our souls! Save my soul!”

In the midst of the mania was a clarion call to all of us to see what we do not always want to see: the truth of suffering and what it demands of us. François’ plea was a call that points to salvation and the need for redemption.

The bells of St-François d-Assise in Hintonburg answer this call: “May your souls be saved!” In the mystery of salvation there is both call and response, there is a seeking and a finding, and there is a meaning to suffering as it becomes absorbed in the wood of the Cross –a public scandal then and still today.

In suffering and in our response to it there is both François and St-François. As we journey on the path of salvation in which we encounter suffering, may we have the courage to act and then look eastward and there to find the source of our salvation in the One, who like the summer sun shining on the Byward Market, is Risen.

Andrew Bennett is the program director for Cardus Law and a former Canadian ambassador for religious freedom.