There are a lot of good reasons to be a Christian labour union, none of which are tied to being competitive or being efficient. But I think two overlapping trends in the next decade(s) will actually turn what has been a liability—a religious designation—into a competitive advantage: the global resurgence of religion and the dawning post-American world.

Think about religion: God is back, say the pundits, and there is more than enough evidence to prove it. But three questions immediately follow: 1) how? 2) where?, and 3) is it a good thing?

To the first, the return of God in the latter half of the twentieth century has not only been characterized by a return in spirituality or piety. It is specifically the return of activist religion, political and social religion that is beginning to take root in the global south. Which answers where, but also forecasts a trend, since birth rates are plummeting concomitant with a slower economic growth in the global north, by comparison.

Whether it's a good thing is a thorny question. The next Christendom is a rosy picture if your chief concern is religious belief, but it paints a complicated one if you're interested in how religion can and should be part of the public square. The global south, after all, is not renowned for its strong and cosmopolitan democracies. The old maxim of religion that is "a mile wide, but an inch deep" comes into play. How to enlist religious sensibility into productive, public conversation is a very different question from whether, empirically speaking, more people are believing in God than not. 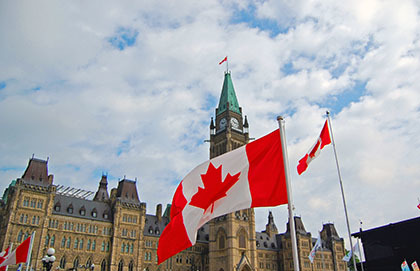 Must Coren Demonize Decency?
Reasonable Accommodation in Reverse
Whose Children Are They, Anyway?

Even the terms of the debate serve to obscure more than enlighten. Secularity has at least nine common definitions (at my last count), and religion is more normative than descriptive. To speak of religion at all, the great invention of the late medieval period, is to implicitly speak of its dual sibling, the secular. If only when we talked about religion, says Thomas Farr, we had some disagreement. Alas, the best we usually get is confusion.

As for the post-American world, it is not so much a prophecy of American collapse, as the rapid, outpacing growth of the rest, such as the now famous MIST (Mexico, Indonesia, South Korea, Turkey) and the BRIC's (Brazil, Russia, India, China).

The tallest building in the world is now in Taipei, soon to be overtaken by one being built in Dubai. The world's richest man is Mexican, and its largest publicly traded corporation is Chinese. The world's biggest plane is built in Russia and Ukraine, its leading refinery is under construction in India and its largest factories are all in China.

In short, global economic productivity is shifting to the cultures and societies where we see more and more public and activist religion. The opportunity for organizations with a thick, pluralist perspective on politics, with tangible and practical enlistments of religion in the service of the common good, has never been greater.

These are long-term trends. No one will make profit off them tomorrow in the global north. But as capacity shifts, and newcomers fill demographic gaps, it may be that religious literacy, and clear, respectful conversation on ultimate belief will be the hot market skill of tomorrow.

Whose Children Are They, Anyway?