Messed up heritage politics that is. The grand dame of Wellington Street – the Chateau Laurier – wants to expand, adding an additional 147 rooms on the back. The proposed addition looks like a giant air conditioner or shipping container. Everyone, save for those on the payroll of the owners and those officially charged with preserving our heritage buildings, thinks it ugly and entirely out of place.

Last week a prominent Ottawa architect wrote an open letter to the prime minister, asking the federal government to intervene to stop the extension. Barry Padolsky refers to the proposed expansion as an “imminent act of vandalism in the heart of our capital.” He included in his letter images of how the Chateau Laurier would look from Major’s Hill Park according to the current plans.

It’s not a pretty sight. And it’s actually hard to see the Chateau Laurier at all.

Architecture, even of privately held buildings, is never entirely a private affair. What is built affects not only those who live and work in the buildings, but passersby from the neighbourhood and, in the case of downtown Ottawa, from across the country.

Even more is it the case with the Chateau Laurier, which, due to proximity and history and architectural grandeur, is often, thought to be part of the Parliamentary precinct itself. Given the prominent events that have taken place there – Jean Chretien literally cooked up the 1982 constitution act during a late-night meeting in the kitchen – it has been referred to as the “third chamber” of parliament.

It was 35 years ago that the Prince of Wales, then a bold, 30-something heir to the throne finding his voice, shocked the architectural establishment in Britain and abroad with his (in)famous address to the 150th anniversary of the Royal Institute of British Architects. He excoriated modern design, especially when disfiguring existing buildings. He described a proposed extension to the National Gallery as a “monstrous carbuncle on the face of a much-loved and elegant friend.”

Abandoned was the proposal. Will Ottawa find a voice to stop the Chateau’s carbuncle? Except that, the proposal in Ottawa is not so much a carbuncle on the face, but a box over the head entirely.

It’s not a pretty sight. And it’s actually hard to see the Chateau Laurier at all.

Speaking of boxes stuck alongside grand hotels, it beggars belief that the Chateau Laurier is proposing exactly what its sister Fairmont property, the MacDonald Hotel in Edmonton, went through.

When the first oil boom hit, the hotel struggled to keep up with demand, and so affixed to the side of the MacDonald Hotel in 1953 was a 200-room extension. Widely criticized, it came to be known as the “box” in which the MacDonald Hotel came in. In the 1980s, the monstrosity was torn down. 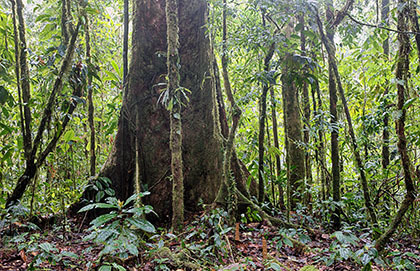 One does not want to wait 30 years for the Chateau Laurier “box” to meet the same deserved fate.

When discussing a hotel chain that dates to the time Victoria ruled as queen and empress, it is impossible to resist a reference to the emperor’s new clothes. Experts tell us that what is proposed is sound according to enlightened principles of design. Ordinary people can be cowed by experts, but eventually see they are being fed a load of nonsense. Except that, in this case, the nonsense was so apparent that ordinary Ottawa residents balked from the beginning.

Larco Investments, which owns the Chateau Laurier, hired the former Ottawa city planner to shepherd its proposal. He knew the people and the process. Dismissing those who wanted the extension built in the same “Chateau style” as desiring a “Disneyland copy,” Larco managed to satisfy city planners to give the OK. All across the country, owners of heritage properties who have to fight with heritage committees over replacing aging windows or railings will be astonished the Chateau Laurier got a heritage permit for the ghastly extension.

The blame does not lie entirely with city staff. City council, which could have blocked the project early on, approved it last summer with final plans unseen, leaving adjustments of those plans to city staff. Ottawa City Council was not the only one to abdicate responsibility. The federal department of parks, and the National Capital Commission could have weighed in at an early stage, but vacated the field, claiming it is a municipal matter.

“There are two ways for an addition to harmonize with a historic building,” wrote Peter Coffman, former president of the Society for the Study of Architecture in Canada.

“It can, of course, simply use the style with a little or a lot of interpretive license of the existing building. Most modern architects would rather chew on a pack of thumbtacks than design in a historical style, but this solution actually has a long and honourable pedigree.”

Architecture today does not have the humility of say, Sir Christopher Wren, who was content to employ the existing style when designing Tom Tower in Oxford. Architects desiring to call attention to themselves and to their work want something distinctive, even jarring.

The usual line is that the new will be in “conversation” with the old, but most of the conversation will be about what inspired – or possessed – the architects who produced something so different.

Next week, a last-ditch effort will be made to get Ottawa City Council to withdraw the heritage permit for the project, but that is not expected to proceed. Larco has promised “costly litigation” if the permit is withdrawn at this late stage.

“It is their property, no matter how much you dislike [the design],” said councillor Rick Chiarelli.

Yes and no. It’s their property – until they attempt to permit smoking inside, or refuse to have disabled parking spaces, or any one of a thousand regulations.

While Larco owns the Chateau Laurier, it does not belong exclusively to them, as they knew when they bought it. Indeed, it is likely they bought it in part because it belongs to the entire history and human geography of Ottawa. Which means that Larco is not merely an owner, but a steward.

While there is plenty of blame to go around – Parks Canada, National Capital Commission, Ottawa City Council – the primary blame for this assault on the Chateau Laurier belongs with its owner, Larco.

It’s still vandalism if you do it to your own house.

No Holding Out for a Hero

With the Château Laurier fight over, our eyes turn towards those who didn’t act when they could have – and where the blame lies in the aftermath.