In Alberta, charter schools – independent, government-funded, non-profit schools that do not charge tuition – provide great benefit to families and taxpayers. On average, charter school students have, each year since 2006, scored higher on test results than the students in the province’s traditional public schools or even in private independent schools. Unsurprisingly, the demand for charter schools from parents is immense. As the left-wing political action committee Progress Alberta reports on its website: “There are extremely long wait lists, and parents are advised to start applying and visiting schools by the time their child is two months old.”

Taxpayers benefit from such schools as well since annual government spending in charter schools is more than $4,000 less per student than in the traditional government schools. It would seem, given the superior student performance, the massive demand from parents, and the savings for taxpayers, that the province should have scores of such schools serving a significant proportion of students. Yet there are only 13 charter schools in Alberta, representing about 1.4 percent of total school enrollment.

The lack of charter schools despite the success of the model is a scarcity engineered by restrictive government policy. The number of charter schools is capped, for no good reason, at 15. Charter school applications can be denied by the province, as two were in 2016 by the education minister because the charter schools were deemed too similar to what was offered in traditional public schools.

Their outrage would be no less justified – indeed, it would be more justified, since education is of far greater importance than hamburgers – with government restrictions on charter schools that deny parents the preferred choice of education for their children. 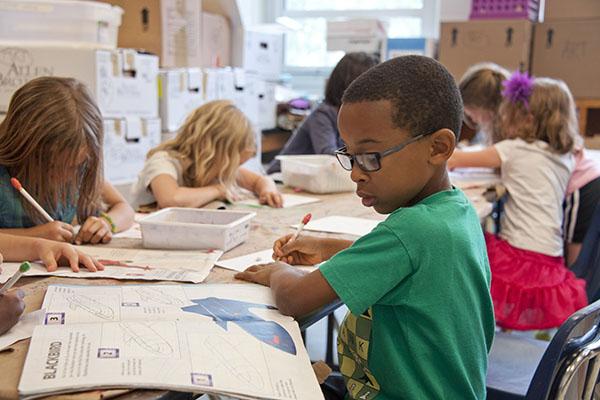 The lack of charter schools despite the success of the model is a scarcity engineered by restrictive government policy.

It is not just in Alberta that charter schools have shown to have positive effects on students’ education, and especially the least-advantaged students. Tens of thousands of children are on waiting lists to enroll in charter schools in New York City. These schools, writes economist Thomas Sowell, represent a “huge opportunity for many low-income, minority youngsters who have very few other opportunities for a better life.”

In some charter schools, “you’ve got kids in the middle of Harlem and the South Bronx and Bedford Stuyvesant scoring higher on statewide math and English tests than kids in the most affluent school districts in the state of New York.” According to Sowell, in cases where a charter school and traditional school share a building in New York, “almost every time,” most students in the traditional public school score below average in math and English, while most students in the charter school score in the top half.

As in New York, Alberta parents are demanding more access to charter schools, as evidenced by the long wait lists. Students in charter schools are doing better and taxpayers are paying less. There’s no good reason for the government to stand in the way of improved education through unnecessary restrictions on these schools.