I was in Halifax last week for the appeal hearing on Nova Scotia Barristers’ Society v. Trinity Western University et al. The hearing, which went from Wednesday through to Friday, included three main parties, ten interveners, five Court of Appeal judges and twenty lawyers. The combined hourly rate for all lawyers attending was, I suspect, between $7,000 and $10,000 per hour.

Think about that: $10,000 per hour to argue a case which is almost identical to a case decided by the Supreme Court of Canada in 2001. The issues were the same. The questions were the same. In fact, one of the parties, Trinity Western University (“TWU”), is the same.

One of the interveners supporting the NSBS was the Advocates’ Society, a group comprised of litigators whose primary purpose is the development of good advocates and who dubs itself the “authoritative voice of advocates within the justice system.” The Advocates’ Society took an interesting position. In brief, they asked the Court to ignore any procedural issues related to the NSBS’ conduct and ultimate decision and just rule in their favour. “Rest assured,” the Advocates’ Society’s lawyers implored the Court, that the NSBS will do what is right and fair and just. Ignore the facts, ignore the evidence and ignore the law. Just give us the ruling that we want and rest assured that we will do the right thing. Coming from the “authoritative voice of advocates within the justice system,” that kind of logic and plea greatly concerns me. But that really is why we were in Halifax for three days at a rate of $10,000 per hour. Because some people, the Advocates’ Society and the NSBS included, dislike and disagree with TWU’s (and that of millions of Canadians’) view of marriage and sexuality. They are so bothered and offended by this position that they would exclude graduates of an Evangelical Christian law school which they all agree meets required academic criteria, from the practice of law. They do all of this in the name of diversity and inclusion. 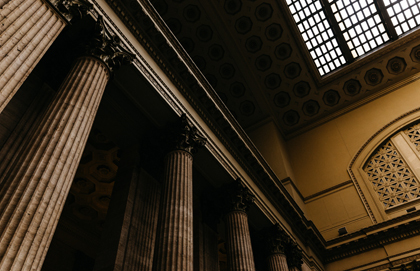 Trinity Western Gives Reason To Believe
Competing Religions, Competing Rights, and a Court Getting it Right
Divesting Diversity of Meaning

This approach, inclusion by exclusion, is the new normal when dealing with topics that span religion and sexual orientation. Exclude the religious in the name of inclusion. It’s disconcerting. It’s disconcerting because you have the “authoritative voice of advocates within the justice system” whose mandate includes the development of young advocates asking the Court to ignore the law and the evidence and to just give them what they want. I suppose that is one form of advocacy. It’s also disconcerting because the Advocates’ Society was not alone in that approach. One of the lawyers for the NSBS adopted a similar approach after being hammered by the Court on the inclusion of a particular word in the NSBS’s regulations, which was used by the latter to deny recognition of TWU’s law degree.

In oral submissions, the NSBS asked the Court to ignore the word in question if that’s what it would take to give them the result they want. And if the Court was not prepared to ignore that word, well, then they should give it a different meaning. Think about that. The NSBS, which is supposed to regulate the practice of law in Nova Scotia, asked the Court to ignore a term used in a legal regulation if doing so would get them where they wanted to be. Alternatively, give it a different meaning. Just get us where we want to go and “rest assured,” we’ll be fair and just. When I heard these arguments, I couldn’t help but think that “fair” and “just” sound good but who knows how the NSBS or the Advocates’ Society will interpret those concepts. One of the five Justices on the Bench repeatedly asked what had changed in the law from 2001 which would require it to rule in a manner different than the Supreme Court of Canada had in the first TWU case in 2001. Although some of the anti-TWU lawyers attempted to provide answers, none could point to a specific change in the law.

In my oral submissions, I took the Court to the various decisions dealing with equality rights immediately prior and immediately following the 2001 TWU decision to show that it was not decided in a vacuum, but rather, that it was decided in the context of the Supreme Court of Canada’s broadening of equality rights on the basis of sexual orientation. A colleague took the Court through the religious freedom cases since 2001 to show that the law on religious freedom has been broadened, not tightened, since then. But our friends on the other side want the Court to ignore these cases and rule in their favour because, well, because they want it. As a lawyer and an advocate, I am disconcerted by this approach.

Last week I saw several lawyers mischaracterize the law and argue that this case said this or that case said that when the cases they were referring to said nothing of the sort. Is this what advocacy has come to? When I read a Supreme Court of Canada decision, I read the whole thing whether I like it or not and when I refer to that case, if there’s something in it that I don’t like, I try to distinguish it. Were these advocates deliberately mischaracterizing the decisions they referred to or did they just not read the whole thing? I won’t impute motives to my colleagues but the result was concerning. I suppose it’s not overly surprising though. If we’re prepared to ask the Court to ignore or redefine words to suit our purposes, we might as well be prepared to do the same when examining jurisprudence.

In our legal system, we strive for clarity and certainty. For that reason, we operate on a legal maxim called stare decisis which is Latin for “to stand by decisions and not disturb the undisturbed.” In its simplest iteration, this means that if a court makes a legal pronouncement on a particular issue, all other courts, particularly lower courts, are bound by that pronouncement. This is important because it provides clarity and certainty in the law in that once an issue has been litigated, it no longer needs to be litigated and the world can act accordingly. In other words, it ensures the Rule of Law. But because there are some people who so disagree with TWU’s view of marriage and sexuality, they are prepared to ignore words and re-define them to suit their purposes and get them where they want to be. They are so offended by the traditional view or marriage and sexuality that they advocate for the Court to disregard the facts, overlook the evidence, ignore the law and do away with the foundation of our legal system. But “rest assured”, they will do what is right.

TWU’s abandonment of its mandatory Community Covenant following a Supreme Court loss in June is a serious blow – but nowhere close to the end of the battle for religious freedom in Canada, writes Ottawa lawyer Albertos Polizogopoulos.