Centrist politics: the problem, not the solution March 26, 2012  |  By Brian Dijkema
Print

The most interesting thing about this weekend's NDP leadership election is not that Thomas Mulcair won and that Brian Topp lost. No, what will last longest is the weakening of principle—call it ideology if you want—as a driving factor in Canadian politics.

It is generally acknowledged among the punditry, and apparently among the NDP's leadership as well, that the election of Thomas Mulcair was a move to the mushy middle. Mulcair, who flirted with the federal Tories and served as a Liberal cabinet minister in Quebec before winning a seat for, and then the leadership of, the NDP, campaigned openly for the NDP to "modernize," and has maintained this position in the wake of his election. His pro-middle agenda was opposed by members of the NDP's principled elite, including Ed Broadbent, and was set against Brian Topp, whose position on matters of party principle could not be clearer. Topp wanted an NDP which found its "fundamental identity as a social democratic/democratic socialist party."

As Andrew Coyne notes, Mulcair "was elected, then, for one reason: because, it is believed, he can win power—and because enough New Democrats, in the wake of last year's stunning breakthrough, have decided they would like to win power." The NDP, having caught a scent of power, now wants the whole grass-fed, organic thing. 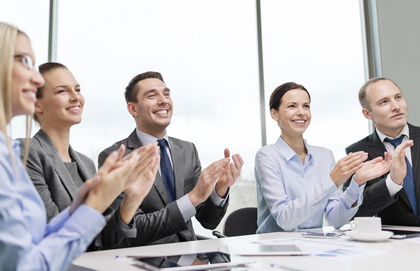 But as Coyne noted at the recent Manning conference, power has its costs. I almost look forward to Coyne's speech to the Broadbent Institute Conference in ten years: "There once was a party that you could count on to seek government subsidies for industry: but you are not that party. That party could be counted on to wrench concessions for the working class from majority parties: but you are not that party."

While I find it hard to lament the impending death of some of the NDP's positions, I think all of Canada loses when one party, and especially when all parties, stop speaking their minds clearly, and start speaking only to politically winnable issues.

A mass migration to the middle of politics might be a positive move—it eliminates the crazy ideas from political discourse (which exist on both the right and the left)—but it also comes at a cost. We'll no longer have debate—we'll no longer have real politics—about both means and ends, the type of politics that the NDP excelled at forcing on an otherwise sleepy House of Commons.

While it's too early to tell at this point, a centrist NDP might cost us all the last shreds of actual debate in our House of Commons, and will lead to a political culture dominated by the narcissism of minor differences. And, if the United States has anything to teach us, it's that minor differences make for ugly politics.