"Sticks and stones may break my bones but words will never hurt me." If only that were true.

The tragic death of B.C. teenager Amanda Todd is a poignant reminder of the power of words. Words such as "punch her," "nobody likes you, and "I hope she dies next time" were uttered to her in person and via Facebook. Her YouTube video, a modern day suicide note, consisted of nothing more than words on cue cards. Those words and her story were powerful—painfully and heartbreakingly powerful.

Ontario Education Minister Laurel Broten's recent use of the word "misogyny" was equally powerful—carelessly and dangerously so.

Minister Broten was quoted as saying Ontario's new anti-bullying law (Bill 13) "is about tackling misogyny . . . Taking away a woman's right to choose could arguably be one of the most misogynistic actions that one could take." 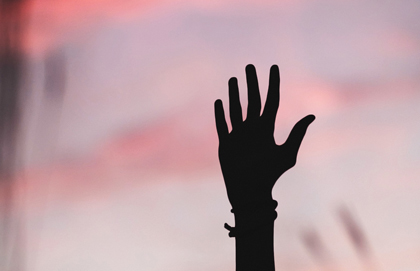 The Wash Of Silence
Justin Trudeau's Words to the Wise
A Culture Breaking Bad?

Whatever the reasons for this comment, there are two problems with it. First, it is unclear who she thinks is taking something away. The federal government has no intention to introduce legislation to recriminalize abortion. Individual physicians or nurses might conscientiously object to performing abortions but they cannot effectively take away a woman's ability to have one. Most likely, they would be duty bound to refer her to someone else. Parents, spouses, and educators might oppose abortion, but unless they forcibly confine pregnant girls or women and hold them against their will until their due dates—something that would be clearly illegal—they can't take anything away either.

So where are these misogynistic acts the minister was talking about? Catholic and other religious parents and educators are concerned she was talking about their pro-life views. Therein lies the second problem.

In our society, words such as misogyny, homophobia, and racism are powerful words. They are words which, once used to describe another's thoughts, beliefs, opinions or actions, effectively and unreflectively make such descriptions true. They shut down legitimate reflection and debate. No one whose ideas, expressions, or actions are declared misogynistic, homophobic, or racist dares defend themselves against such allegations. At least not in the court of public opinion and outrage.

We, and in this case Minister Broten, need to be careful about how and when we use such words, lest we deprive them of all meaning and thereby fail to recognize truly horrific acts.

Shooting a teenage girl in the face because she advocates for education for girls is an act of misogyny. Serially raping and killing more than 20 women on a pig farm in B.C. are acts of misogyny. What happened to Amanda Todd was cruel and tragic and should have been stopped.

Holding the view that human life is valuable and sacred and as such, should not be ended at will does not strike me as misogynistic, not even when it pertains to something as uniquely feminine as pregnancy. This view and the implications of it are worthy of ongoing dialogue. Careless epithets by public figures hinder that dialogue.

The Wash Of Silence

In her continuing series for Convivium seeking to put into daily life the lessons of the Rule of Saint Benedict, writer Breanne Valerie learns from stillness why God is a Person of few words

And with the final demise of Walter White, the heroic centre of AMC's Breaking Bad, there is something more than a little troubling about the type of hero for whom we find ourselves cheering I wonder what Dostoyevsky might have thought of a culture that produced Walter White as hero ...