“The line separating good and evil passes not through states, nor between classes, nor between political parties either -- but right through every human heart -- and through all human hearts. This line shifts. Inside us, it oscillates with the years. And even within hearts overwhelmed by evil, one small bridgehead of good is retained.” — Alexander Solzhenitsyn

People are broken and people are beautiful. A vision of the moral complexity of the human person is among the earliest and most consistently held truths of philosophy and religion. We have understood for thousands of years that we are both spirit and flesh, reason and passion. We have understood that we are mired in sin. We have known guilt and we have sought grace. In the book of Romans, Paul wrote: “So I find it to be a law that when I want to do right, evil lies close at hand” (7:21) and I believe in moments of honesty we all hear those words reverberate in our hearts.

Cancel culture is predicated upon a forgetfulness of these primary facts of human existence. In mere indignation and groundless moral superiority it forgets wisdom; like those ready to stone the woman caught in adultery (John 8). Cancel culture could only exist in a reductionist age, an age that sees in black and white and has forgotten that the colour of all human life is moral struggle.

Cancel culture is symptomatic of an age desiring justice, wrestling with the brokenness of the world, without the resources of wisdom which would mark out a more prudent, more honest, more grateful, and more gracious way forward.

If we are to combat the illiberality of cancel culture we ought to start by restoring to public consciousness three ancient words of wisdom -- two religious and one philosophical. A consciousness of the fall, the flesh, and the passions would offer our culture a healing balm and a juster path.

A central theme in much modernist literature is a horrified surprise at the evils of the human heart. Whether in "loss of innocence" stories like James Joyce’s Araby, stories of marital dysfunction like Ernest Hemingway’s The Short Happy Life of Francis Macomber, or stories of political oppression and violence like John Steinbeck’s The Pearl, in reading much modernist literature we are meant to be horrified by the evils of the world. (One of the chief reasons to read modernist literature is it allows us to realize that we are not alone in finding the world broken.) However, there is a naivety in the modernists, a naivety in the mere horror of finding a dragon in the world when past generations not only saw the dragon but sought to slay it.

The whole ethos of cancel culture is naive in the same way as modernist literature: it exists in a perpetual shock at finding the world broken. Cancel culture fails to take the first step of wisdom, to remember the first pages of Scripture, and to define the world as fundamentally fallen. As long as we exist in an incessant unnamed horror at the brokenness of the world it is unlikely we should find the resources to improve it. The first step in fighting a dragon is identifying it.

The whole ethos of cancel culture is naive in the same way as modernist literature: it exists in a perpetual shock at finding the world broken. 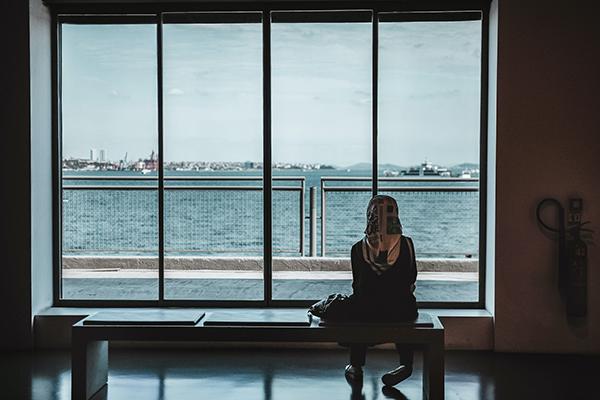 Yes, We Can Understand Each Other
Coping With Covid’s Confusion
The Secular Servants of Abstraction

Genesis 3 tells the story of humanity’s first disobedience to God and the curse of sin and death which resulted from that fall. Genesis 4 to 11 relay the descent of humanity into ever more horrifying sin.

The noted difference between modernist texts and Scripture is that Scripture is both more horrifying and more hopeful. Scripture is laced with promises of grace and redemption even from these early pages (Genesis 3:15, the protoevangelium; Genesis 9, the Noahic covenant).

Recognizing the Fall, that “all have sinned and fall short of the glory of God” (Romans 3:23), is a necessary resource for dealing with the ills of the world. When a new wickedness is uncovered from a contemporary or a historical figure a recognition of the Fall allows us with tears to say, "such we are and such we have been." If we understand the Fall, we may be saddened to watch a significant figure fall deeper into depravity than we had yet imagined possible, but we will not be surprised.

If we are not surprised by someone's darkness we will be less inclined to discredit whatever light they brought into the world. We will understand their darkness as a sad fact of existence in fallenness and their light as the true miracle and surprise. We will come to the conclusion Luther’s claim that “God can draw a straight line with a crooked stick”. We will avoid the trap of reductionism, of making a person wholly good or wholly evil, whitewashed or cancelled. We will be able to prudently condemn historic evil while retaining gratitude for historic good, even when the two are intertwined in the heart of a single person.

In Book IV of Plato’s Republic, Socrates says: “I believe that in the human soul there is a better and a worse principle; and when the better has the worse under control, then a man is said to be master of himself; and this is a term of praise: but when, owing to evil education or association, the better principle, which is also the smaller, is overwhelmed by the greater mass of the worse-- in this case he is blamed and is called the slave of the self and unprincipled.”

In parallel to Plato’s vision of the better principle, reason, ruling over the worse principle, the passions (also: lusts, appetites), Paul presents the Spirit crucifying the flesh. I believe it is possible to read Paul’s theological account of the moral life as a completion and correction of Plato’s secular vision, a fuller account of the reality of our complex moral life as life with God through grace.

Cancel culture begins in a misunderstanding of the human person; it forgets our fallenness and our complex moral struggle against our own passions or flesh.

Cancel culture begins in a misunderstanding of the human person; it forgets our fallenness and our complex moral struggle against our own passions or flesh. Cancel culture ends in a dangerous disregard of our personal need for grace.

Both philosopher and apostle recognize that there is a battle in each of us between reason and passion, Spirit and flesh; it is against our own baser nature we fight, and it is with the "plank in our own eye" that we ought to be primarily concerned (Matt. 7:3-5). Knowing this we approach the failure of others differently. We condemn evil but we fear to "judge, lest we be judged" (Matt. 7:1), to cancel lest we be canceled. We extend grace to others because we know that we rely on grace to cover our own sin.

Photo by Chuttersnap on Unsplash.com

Yes, We Can Understand Each Other

Restoring trust in language goes beyond improving the sad state of our political debates. It’s vital to our common humanity, Daniel Dorman writes.

In these days of pandemic disorientation and fatigue, uncertainty over the right thing is all right but failure to be good neighbours will be more toxic than the disease itself, Travis Smith writes.