TORONTO – Newcomers to this country often find Canadians have a curious stance toward religion. We seldom say much negative about religion in public, but then we never take it too seriously either. A new study, The Hidden Economy: How Faith Helps Fuel Canada’s GDP, suggests it may be time to take a second look at the public relevance of religion for the most unexpected reason: economics.

It is generally overlooked, but Canada’s religious tapestry makes massive economic and social contributions to local communities and to Canada’s well-being each year. The uniqueness of social science researcher Brian Grim’s project is that he attempts to quantify that and put a price tag on it nationally, calculating religion’s contribution to Canada’s GDP.  The study documents how shared religious commitment (and its personal and institutional expressions) create a hidden economy and social safety net operating in plain sight that benefits all Canadians. Parsing the data, faith in Canada is a multi-billion dollar engine of economic productivity and public good, alongside the spiritual inspiration it provides to millions nationwide.

It is generally overlooked, but Canada’s religious tapestry makes massive economic and social contributions to local communities and to Canada’s well-being each year.

Faith-based organizations add more than $30-billion in revenue each year to the Canadian economy through religious schools, charities, and hospitals like Providence Health Care in Toronto and Vancouver and Jewish General Hospital in Montreal.  That number includes the revenue generated by community and humanitarian organizations like the Calgary Food Bank and Islamic Relief, as well as 20,000 plus churches, synagogues, temples and mosques whose contributions to the economy and neighbourhood dwarf the tax benefits they receive 12 times over, according to the recent Special Senate Committee Report on the Charitable Sector. 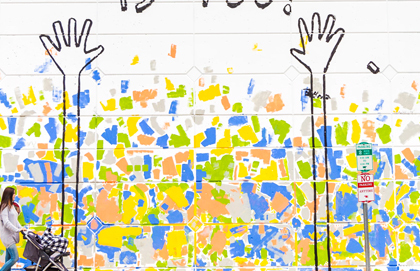 But according to Grim, the $30-billion figure under-calculates the actual boost to the economy, because revenues alone don’t capture the value of the goods and services that the religious sector provides.  Far from being a private affair, the fair market value of all the jobs created, daycares run, addicts in recovery, newcomers welcomed and resettled, and much more (a phenomenon known as the halo effect), totals over $67-billion. That’s a modest, middle-range estimate that makes religion Canada’s ninth largest enterprise, just behind the Bank of Montreal. If these programs and institutions were to disappear, their contributions would be effectively impossible to replace by government or private sources.

This review of the data comes during a time of economic downturn following Canada’s deepest ever GDP plunge – down 12 percent in the first half of 2020 due to the pandemic. The research provides greater clarity about the value of the economic and social contributions made by organizations big and small across Canada, many that serve as first responders in times of crisis. Previous research has already calculated and documented the local “Halo Effects” of religious organizations in places like Vancouver, Red Deer, Toronto and Montreal in the amounts of $1.4 billion, $111 million, $3.3 billion, and $2.3 billion respectively (see haloproject.ca).

So what does it all mean?

For one thing, it’s long past time we all recognized that religion really isn’t just a private matter. The old church building you pass when you walk your dog? It’s more than an architectural adornment; it’s an economic engine and public good in most communities that benefits even those neighbours who never walk inside.

Secondly, we need to remember than when religious life thrives, we all benefit. On the flip side, there is strong evidence that Canadians and their neighbourhoods are harmed when religious activity is restricted unnecessarily through zoning, regulation, taxation or intolerance.

The old church building you pass when you walk your dog? It’s more than an architectural adornment; it’s an economic engine and public good in most communities that benefits even those neighbours who never walk inside.

While the research represents the first national tabulation in Canada, building on local research, Grim also acknowledges the study’s limitations. It excludes a valuation of the physical assets and non-revenue financial holdings of religious institutions that would actually increase the estimates.  It also recognizes, but does not attempt to quantify, negative impacts that are smaller in scale, such as fraudulent activity or abuse of power that can occur in both religious and secular institutions.   However, building on decades of research, the study corrects the blind spot that Canadian religion is irrelevant to society and the economy. Canada’s religious impulses and activities lead to good and measurable economic results. It’s time to take note.

Canadians who shrug off the loss of organized religion need to be made aware of the vital role churches and other faith-based institutions play in our national life, writes Convivium contributor John Longhurst.