In Canada, the battle of the ballot box is seldom fought and won on the intricacies of the country’s role in international affairs— and the latest election was no different.

Despite the catastrophe in Afghanistan, which has direct consequences for Canada and the Western world, foreign policy was conspicuous by its absence in the platforms of all the political parties. And Canadians were understandably more concerned with vaccine passports than the activities of diplomatic passport holders.

In a land of immigrants and first-generation Canadians with personal ties to every corner of the world, politicians and the voting public have yet to wake up to the nexus of foreign and domestic policy. And there is little or no recognition among them that international religious freedom— a key component of the foreign policy of many of our allies— has domestic repercussions that impact Canadians in far-reaching ways.

“Not only has the return of the Taliban unleashed a new reign of terror, but with it, brought about one of the biggest refugee crises since World War II,” Ali Mirzad, Senior advisor to the Canadian Hazara Humanitarian Services (CHHS) told Convivium. “Now more than ever the persecuted vulnerable minorities of Afghanistan need Canada to step up. Failure to do so will result in another Rwanda-style situation in Afghanistan.”

Mirzad added that this preventable tragedy is affecting 30,000 Canadian Hazaras personally, and that NGOs such as CHHS are scrambling to raise money to resettle their friends and relatives.

Human rights expert Giorgio Mazzoli has informed the UN’s Human Rights Council that religious minority communities in Afghanistan, are now at extreme risk of being targeted with deadly violence.

Countries that fail religious minorities and women lack social cohesion, and the resulting internal tensions, and military interventions by outside forces destabilize entire regions. They also undermine peace and security in the wider world.

Such countries, are often the breeding ground of terrorism, and their authoritarian governments are notorious for policies of ethnic cleansing and genocide. This leaves human rights-defending states to deal with humanitarian crises that stretch their own resources to the limit.

The Afghanistan debacle is only one such example.

This international crisis throws into sharp relief the failure of Canadian policy makers and their political masters to recognize the importance of religious identity as an important dynamic in conducting international relations with countries such as Afghanistan.

In a recent webinar hosted by the UK-based Coalition for Genocide Response, His Eminence Anba Angaelos, Archbishop of the (Egyptian) Coptic Orthodox Church in London, and a prominent advocate of international religious freedom eloquently explained the role of religious identity in the daily lives of people in such hotspots as the Middle East, North Africa and Afghanistan. 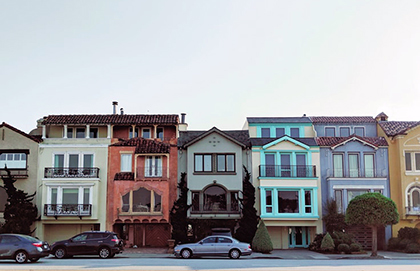 “In the Western world we draw a line between religion and our day-to-day lives,” he said. “But for billions in other parts of the world faith and belief are a core part of people’s identities. To take that away from them is not only criminal, it dehumanizes them.”

He added that what is happening in places like Afghanistan is not a sudden event, but a slow process that begins with marginalization and persecution, and that tragically this sometimes ends in genocide.

During the last five years, Canada has continued to pay lip service to the principle of international freedom of religion or belief, but has been short on action.

“In many parts of the world, people of all faiths and beliefs continue to face repression, persecution, and violence,” then Foreign Minister Chrystia Freeland said in a 2018 statement. After listing a number of atrocities including deadly attacks on Christians and Yazidis in the Middle East, Muslim Rohingyas in Myanmar and Uyghurs in China, she continued:

“We strongly condemn these and all other acts of religious intolerance. We are committed to working with international partners to protect and promote freedom of religion or belief, including through the International Contact Group on Freedom of Religion or Belief, which Canada established to encourage and deepen multilateral coordination on this critical issue.”

What is happening in places like Afghanistan is not a sudden event, but a slow process that begins with marginalization and persecution, and that tragically this sometimes ends in genocide.

Brave new words at the time, but since then put on the back burner of the political and bureaucratic agenda.

Beyond a note on Global Affairs Canada’s website on the participation of this of this group on the sidelines of a meeting of the UN’s Human Rights Council in March 2019, no further updates and no information on any follow-up actions are available.

The phasing out of his position, and replacement of the Harper-era ambassadorship with an Office of Human Rights, Freedom and Inclusion, has left Canada in the curious position of being one of two G7 countries with no envoy for religious freedom and no focused mandate to advance it as an indispensable tool to defuse political firestorms around the world.

The U.S, European Union and other Western democracies have grasped a fundamental principle: religious freedom is not a frill or side show in international security, but is part of its very foundation.

The Afghan crisis should be a wake-up call for Canada’s policymakers to take international religious freedom more seriously.

Canada has a moral obligation to strengthen its alliance with the rest of the free world to defend the rights of persecuted Christians, Hazaras and others in Afghanistan, Yazidis and Christians in the Middle East, Uyghurs in China, Rohingyas in Myanmar, and all oppressed people of the world.

This is not a partisan issue, but should be an obvious matter for cross-party cooperation.

Will the newly elected government learn from the past, stand in solidarity with the international community, and resuscitate the dormant international religious freedom file?

Photo by Bill Oxford on Unsplash.com

Am I My Brother’s Keeper?

Matthew Kaemingk, recently named Hamilton-based Redeemer University College’s 2019 Emerging Intellectual, challenges Christians to defend the religious freedom of all faiths as they do their own.

Open-minded secularism can bring social benefits but when it seeks to close out religious freedom it injures us all, argues Cardus Executive Vice-President Ray Pennings.