Yes, and that is Prime Minister Justin Trudeau in the role of Richard Nixon. Trudeau dumped his attorney general, Jody Wilson-Raybould, when she would not do his political bidding. More than a touch Nixonian that, and JWR had a sense that it was coming.

(Aside: The media use of initials – FDR, JFK, LBJ – came at a time when editors were loathe to assign precious headline space to long surnames. Even in the digital age, the double-barrelled surname is hard to accommodate, and so JWR seems to be popping up here and there.)

She told the House of Commons justice committee that she was hounded by the prime minister and his chief aides for months to drop the SNC-Lavalin prosecution and so began to fear that a “Saturday Night Massacre” was in the offing. And she was right; the prime minister was getting ready to replace her with a more amenable attorney general.

Every attorney general knows about the Saturday Night Massacre, though I fear some younger readers might have missed the allusion. On Saturday night, October 20 1973, Richard Nixon ordered his attorney general, Elliott Richardson, to fire the Watergate special prosecutor, Archibald Cox. Cox had subpoenaed the White House tapes, much to Nixon’s chagrin. Richardson refused to fire him and resigned immediately in protest.

The next in command was the deputy attorney general, William Ruckelshaus. Nixon ordered him to fire Cox. Ruckelshaus refused and also resigned.

That left the solicitor general, Robert Bork – of future supreme court nomination fame – as the head of the justice department. He considered resigning but agreed to fire Cox. He subsequently appointed a new special prosecutor, and Watergate resumed its course.

About 10 years ago, I had a chance to meet Bork in a social setting and the conversation made its way around to the Saturday Night Massacre. I asked him about it. He said that he thought Nixon’s order to fire Cox was wrong, both on the law and the politics. But, he argued, that point had been abundantly made by the resignations of the attorney general and his deputy. Another resignation would have not made the point any more clearly, and Bork thought that there should be someone around to run the justice department at a moment of constitutional crisis, and to see that the investigation continued, which it did. 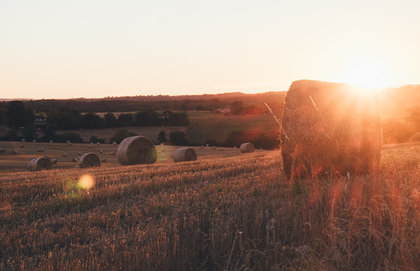 George Vanier: The Best of Us
The Law of Closed Doors
A Riot of Governors General

All of which raises a most important question: When is it right to resign in protest? When it is right to protest and not resign?

In response to JWR’s testimony, the government members on the justice committee had two options if they wanted to carry water for the prime minister. They could say that she had made it all up, which would be a bridge too far for a preeningly progressive party. Indeed, JWR had shut down that avenue when she spoke of her appearance at the justice committee as a chance to speak “her truth.” In Trudeau circles, when an Indigenous woman says that she will speak “her truth” it is not to be questioned.

The other option was to imply that JWR was complicit in that to which she objected. If the pressure was so clearly out of bounds, why then did she not resign? Was she not trying to have it both ways, staying in the cabinet as attorney general and keeping quiet, but resigning and blowing the whistle on the whole affair when she was shuffled out?

It is a valid question, and it is the same one that Bork faced on that Saturday night in 1973. Bork decided then that the rule of law needed protecting against raw presidential will, and that he could better do that by staying and carrying out the presidential order. The principled protest had been made, dramatically so, by his superiors, so he did not need to make it himself.

JWR would have been quite sure that, had she resigned without being able to explain why – cabinet confidentiality and solicitor-client privilege – she would simply have been replaced with a more compliant attorney general who would have done the prime minister’s bidding. In her testimony, she revealed that her deputy minister had been told at the time of the cabinet shuffle that her successor would be expected to move on the SNC file.

Staying in place allowed her to do what a principled resignation would not.

In the event, she tried to signal her principled objections in her statement upon leaving the attorney general’s post. That was a clue to what was going on, but not sufficient. It has not been demonstrated, but it would seem plausible, that she then authorized the leaks behind the Globe and Mail story that brought it all into the open.

To argue that JWR should have resigned quietly in the fall of 2018 is therefore a possible argument against her conduct, but it can be more than adequately answered. A more difficult objection: Why she did not refuse another cabinet post entirely, and then speak “her truth” as best as she was able? In the current circumstance though, having left cabinet, it is now a less important question.

JWR had to figure out a way to defend the rule of law as attorney general, and to make the story known when she was dumped. Not as easy path to tread, but it seems that she found it with the help of top-flight reporters Bob Fife and Steven Chase. She may have found it sooner, and more directly, had she not accepted to another cabinet post after being removed as attorney general.

It won’t be Saturday night, but there is likely to be something of a massacre now in Ottawa. Trudeau’s principal secretary has already resigned. Others will follow, perhaps including the clerk of the Privy Council, who, according to JWR, was applying pressure to her for partisan political reasons, a double whammy of troubling behaviour.

For more than two years, global media attention has been focused on the prospect of Donald Trump abusing the power of his office to thwart criminal investigations, a Nixon for our time. Who would have thought that it was Trudeau that we should have been worried about?

The Law of Closed Doors

Prime Minister Trudeau expelled Jody Wilson-Raybould and Jane Philpott from caucus this week to staunch what he called a political civil war among federal Liberal MPs. But in the second of her two-part Convivium essay, Ruth Dick argues Canadians’ real focus must be law that lets the privileged plead their case behind closed doors.

A Riot of Governors General

This week Fr. Raymond de Souza reflects on Julie Payette's transition to Canada 29th governor general – in particular, the choice of her coat of arms and motto.