One reason I love science fiction is because of its ability to ask "what if?" questions and propel us—at rocket speed—into projections of our unknown future. It helps us imagine life at the end of line. We might not always think about it, but the "end" of things is always looming around the corners of our thought. Even at Cardus, with all our talk of "renewing social architecture," there is an almost apocalyptic current in our thought: if we and others don't get to work—and soon—perhaps we'll live to see the end of the various institutions and organizations that make up our social fabric.

It seems these days that we North Americans are obsessed with that question at the back of our imaginations: Just what will the end of things be like? Will the lights go out and we freeze? Will it be fire? A flood? Does the world continue on as one large tangle of untended wilderness? Will we be blindsided by an asteroid or a pandemic? Will we self-destruct through atomic weaponry or by slowly poisoning our food supply? It's morbid, sure, but it's hard not to let your mind wander there occasionally.

If you've read C.S. Lewis's fiction, you'll know his mind wandered there as well. He was fascinated by the narrative denouement of various worlds, ours included. And not only does The Last Battle give an extended treatment of Narnia's last night, but already in The Magician's Nephew, he gives us a glimpse into the end of another world: Charn. 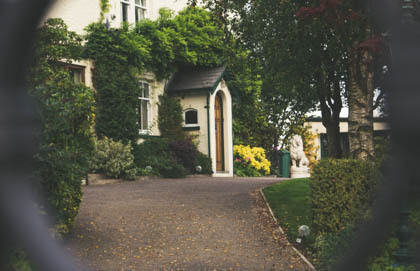 Perhaps more than almost any other image of the apocalypse, the destruction of Charn terrified me. Streets and architecture of a seemingly fortuitous civilization were left crumbling and deserted in the reddish light of its dying sun. If you're familiar with C.S. Lewis's Narnia chronicles, you'll know that the tale of Charn is recorded in The Magician's Nephew. The titled nephew is Digory Kirke, whose Uncle Andrew is not so much a magician as he is an outmoded scientist. Think Medieval alchemist, and you're on the right track.

Uncle Andrew, with his quasi-science and quasi-magic, embodies the ugly end of a certain type of scientific pseudo-religion that Lewis was repulsed by and warned against in essays and, more memorably, in his Space Trilogy. Lewis believed that this type of science, wed to Darwinian biology and an underlying myth of progress, failed to properly understand the narrative arc of the cosmos: We are not moving unstoppably to some form of individual or collective perfection, but to an increasingly depraved end from which we continually need rescuing.

In "The World's Last Night," C.S. Lewis explores apocalypse and how many are enthralled with "endings," but rarely account for the possibility that at the end of everything, one might also have to make an accounting for his or her life and work. The "End Times" in the Christian imagination are always coterminous with judgment. It's a "religious" idea, sure, but it's a rather counter-cultural narrative that should drastically curb our imaginations about how we work and live in light of the world's end. It's an idea often left out of our apocalyptic tales.

I thought about this after watching Christopher Nolan's sci-fi flick Interstellar this past month. I was reminded again that in the half-century since Lewis wrote, the "scientism" against which he fought is no less prevalent today—it might even be stronger. And it doesn't take too much perusing of the bookshelves or searching through our films to see that we are not simply an apocalypse-obsessed people, but the more dire and troubling our imagined end becomes, the more firm our resolve—our faith—that science can overcome it.

Now, I'm not saying that scientists haven't done enough remarkable things to merit our awe, and perhaps even a little "faith" in their ability to make our lives better and even prolong future generations. It's not "anti-religion" in that sense, and doesn't have to be. But what's remarkable about the scientists scurrying about in Interstellar and other apocalyptic tales is the pervasive fear of the end of things which motivates their work. They build in a frenzy because the continuation of life in remote, future generations is the greatest good their imaginations can conjure. If life ends, they've failed.

But "what if" there's something more? What if our sci-fi (and other genres) could ask that "what if" question? It seems that it might relieve us from a certain pressure to stave off the decay, entropy, and annihilation that everything seems to tend toward, but it also creates a new kind of pressure, one that science can't fully take us to. This pressure suggests that our work is being seen by a God who often eludes our sight, but a God who will demand an accounting for what we do nonetheless. Work, then, in light of the end, is not so serious a business that everything depends on it (thank goodness), but it's also a serious enough business that we are never allowed to wallow into futility and nihilism. We've been commissioned to it and are responsible for it.  It's this type of narrative I'd like to see injected into our modern imagination, but for this we need science and religion to realize their common enemy (scientism), and work together (again) as interdependent ways of knowing this world.

Longing for our Lost Home