In a society frequently left wanting of wonder, science fiction has emerged as a refuge for the modern audience. Information is increasingly well within our grasp, and our understanding the world around us grows exponentially in ever-decreasing increments of time. Thankfully, the human imagination proves fertile ground for reflecting on the changes and discoveries that so rapidly come to pass. In this vein, I’m quite fond of Jean Cocteau’s understanding of art as rendering complex things simple. Though the science-fiction genre is chock-full of worthless pulp, once in a while a work emerges that manages to rise above sheer escapism and bear transcendent fruit.

The cinematic re-make Blade Runner 2049 is such a work. Indeed, much has been written on the film’s inquiries as to the place of wonder in human identity. Throughout the movie, one senses that the Replicants – a race of genetically engineered humanoids bred specifically to serve the whims of humanity – are in a sense more ‘human’ than the humans who created them. The answer behind this sentiment is given fairly early on in the film when a rogue Replicant elaborates on what turned him from slave to freedom fighter: “You newer models are happy scraping the s**t... because you've never seen a miracle.” This ‘miracle’ has brought about an uprising of Replicants against their human overseers. The miracle in question? The birth of a child.

Some Replicants are created with the express purpose of servicing human lust. These ‘models’ stand awaiting those in need of their service, giving themselves over to their lustful clientele with cool indifference.  Their own participation in such acts is minimized to the point that these Replicants might serve merely as a physical vessel giving flesh to an electro-fantasy: the scene in question is perhaps one of the most pointedly grotesque depictions of dehumanized sexuality put to film. The physical relations shared or implied in the film seem borderline pornographic as the participants, though possessing a physical being, are hardly even a consideration. Love is no prerequisite to sex, only consent is necessary; self-giving need not be present in a mutual taking of pleasure.

Blade Runner extends this dystopian disintegration of human sexuality towards its ultimate end, that of procreation. Halfway through the film, the viewers catch a glimpse into this future society’s treatment of children, until then a non-presence in the physical set pieces apart from the character K’s memories. Seeking proof of a Replicant offspring, the main character finds himself within the hollowed-out remnants of San Diego, where an irradiated haze renders the sky perpetually red. The search brings him to a former industrial building, now housing innumerable children in a makeshift orphanage – whether orphanage is the most appropriate term is debatable as the children fulfill the solely utilitarian function of providing slave labour for the hyper-consumptive society surrounding them. Though such a society is most evidently not ‘free’, its inhabitants are at liberty to satiate their appetites on a whim. Of course, as Wallace, the eccentric billionaire and the film’s primary villain, points out, such uninhibited material freedom necessarily leads to enslavement for at least part of the population. In this respect, Wallace may as well have regurgitated the findings of Dostoyevsky’s Shigalyov: “Starting with ultimate freedom, I conclude with unlimited despotism. I will add, however, that apart from my solution to the social formula, there is no other.” 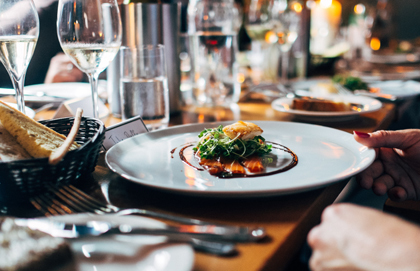 Identity Cooking
Love in the Digital Age
Our Dystopian Rut

That society can so easily cast off the next generation into servitude stems partially from a highly impoverished understanding of human sexuality. Without openness to procreation, children inevitably become an unwanted by-product of the sexual act, something we take precautions against in pursuit of pleasure. In addition to the manifest effects on children that such an attitude breeds, we also experience a shallowing of our own experience of human sexuality.

As St. John Paul II so ably illustrates, our sexuality allows us to overcome ourselves in the most profound manner, joining ourselves to another person in a supreme act of self-giving, while simultaneously transcending our own being and participating in Existence itself.  The sexual act ought to be approached with a deep sense of love for the other as other; such an understanding is easily sullied if man pursues sex as a pleasure-seeking individual, a notion that is only further encouraged when sexuality is divorced from the responsibility which accompanies procreation.

In both Arrival and Blade Runner, Villeneuve demonstrates that no degree of suffering can remove the dignity of a human life.

Once this possibility of procreation is unearthed, the Replicants begin to exhibit a tremendous capacity for self-giving.  As mentioned above, the presence of a birthed child among them breeds a revolution against their creators. “Dying for the right cause,” or freely offering oneself in service of what is good, “is the most human thing [they] can do.” This cause is no abstract ideology to which they submit, however, but a full blossoming of their personhood in the most transcendent manner possible: a participation in Existence, a complete offering of self to a loved one.

Moreover, the child who serves as the inspiration of this uprising is no emblem of bodily perfection. As it turns out, the child is affected by severe physical maladies of the sort that, in our world, would be grounds for termination in utero, and most certainly would qualify for euthanasia no matter how limited an interpretation of “intolerable suffering” we might come to. Nevertheless, this child is an individual of unmatched beauty, an unrepeatable, living person, who has come into existence through the extraordinary love of two prior persons. All the superhuman capabilities and physical perfection of the Replicants can in no way match the human capacity to participate in existence itself through supernatural love for another being.

In this respect, director Denis Villeneuve continues to affirm, using a genre that explores the most wondrous corners of human imagination and understanding, that beyond the farthest reaches of the universe, the most transcendent beauty that humanity can encounter dwells within our very selves, our unrepeatable being mysteriously rendered flesh and provoking wonder before our very eyes.

In both Arrival and Blade Runner, Villeneuve demonstrates that no degree of suffering can remove the dignity of a human life. The medium of film asks us to look deeper into the human subject and, rather than demanding it answer for itself, encourages us to stand in awe at the miracle before us.

Convivium contributor Julia Nethersole reflects on the power of food to set a framework for honest and open dialogue.

Gene Rodenberry's Cold War idealism had company in others, like Isaac Asimov's Foundation series, in which psycho-history grounded an intellectual approach to the macroscopic manipulation of the rise and fall of empires The disruption in our fantasy has in fact become so dire that Neal Stephenson st...